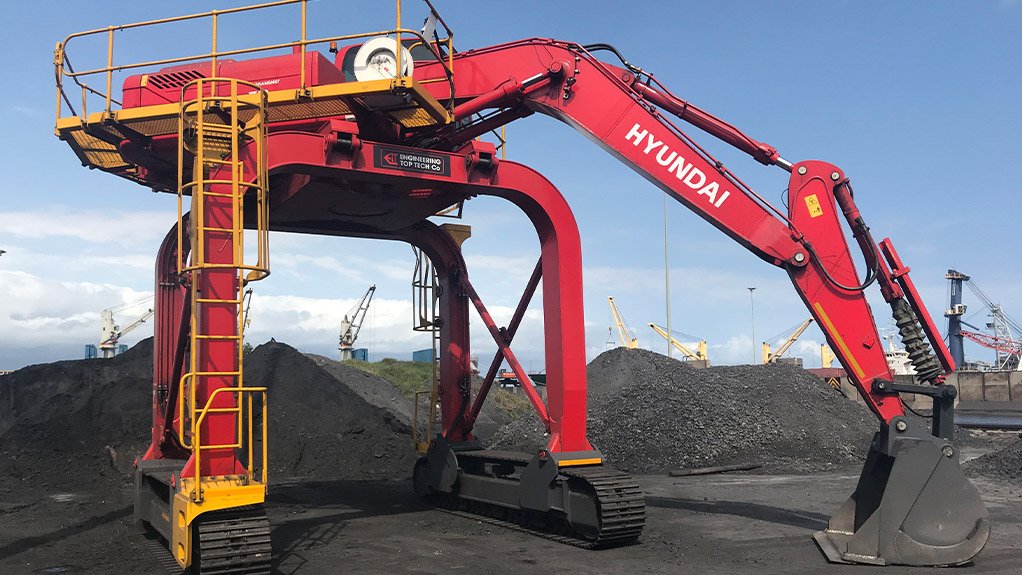 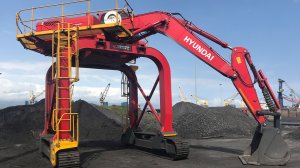 HPE Africa commissioned and delivered the ten excavators before the Transnet operational deadline at the end of August last year, after it had been awarded the tender in December 2017 to supply excavators as part of an initiative to improve operational efficiencies at the port.

The excavators are powered by the 178 hp, 5.9 ℓ engines of automotive engine manufacturer Cummins.

The scope of this project required these excavators to be mounted onto mobile straddle carriers for the efficient unloading of materials – including coal, chrome and manganese – from freight rail cars.

“The TPT-approved straddle carrier design – which was developed through TPT and HPE Africa’s close teamwork – adheres to Transnet’s stringent performance and safety standards,” says Ackron. Some of these safety standards include the deadman’s switch that is incorporated into the seat to prevent the machine running without an operator, and the engine shut-off system whenever there is a loss of oil pressure, overheating or over revving.

These straddle carriers enable locomotives and rail carriages to pass safely beneath the structure. For additional safety, this design allows the operator to enter and leave the straddle only if the excavator is orientated at 35º to the tracks, preventing an unattended straddle from being struck by a moving train.

HPE Africa commissioned a Richards Bay-based engineering company to manufacture the straddle structures for the excavators. The straddle design is pinned instead of bolted to ensure quick assembly time and reduced maintenance.

Ackron explains that the excavators are used exclusively to unload cargo – such as coal, chrome and magnetite – from railway carriages into hoppers. Thereafter, the cargo is dumped in a stockpiling area and then loaded by a front-end loader into ships for export.

To meet specific Transnet specifications, the excavators were supplied with an enhanced operator cab, featuring an improved suspension seat, operator-friendly control cluster, reverse camera and Hyundai’s Hi-Mate telematics system. Besides being re-painted the Transnet red, these machines have an efficient centralised greasing and fluid maintenance system. Other features include an onboard VEI load weighing system, operator presence and engine protection system, light-emitting diode lighting and a bucket cylinder protection system.

“As part of HPE Africa’s commitment to support South African business, about 35% of the total project value for modifications was outsourced to local businesses in KwaZulu-Natal – easily exceeding Transnet’s local-content requirement for this tender of 25%,” Ackron concludes.