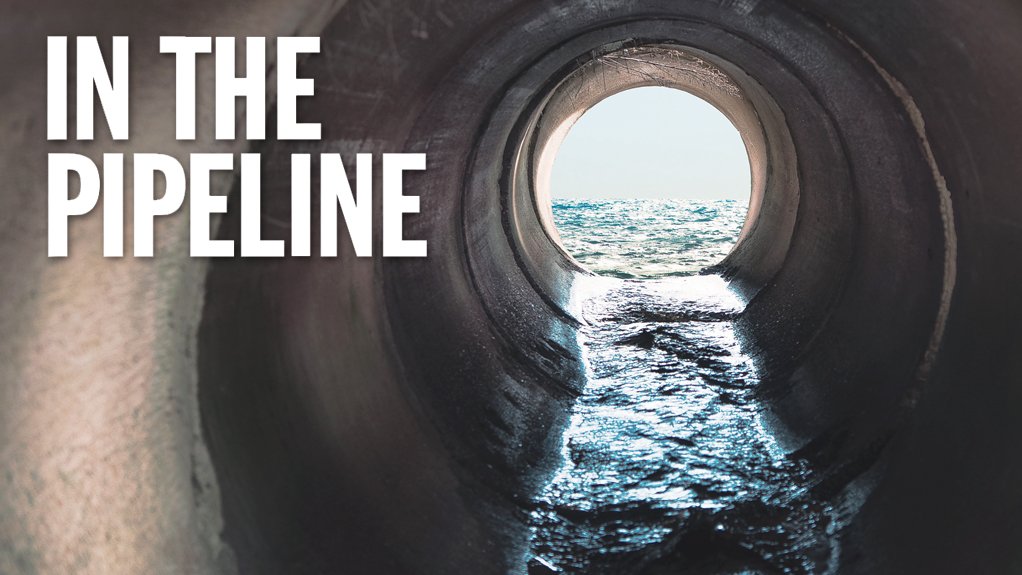 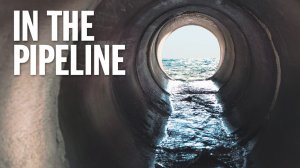 Among the initial 276 catalytic project submissions across six sectors – namely water and sanitation, energy, transport, digital infrastructure, agriculture and agroprocessing, and human settlements – were 42 water-related projects, of which 11 were deemed ready for fast-tracking and designated as strategic projects by the Presidential Infrastructure Coordinating Commission under SIP 19: Water and Sanitation.

Collectively, the designated water and sanitation projects will require a total investment of R106-billion.

Other projects that have been gazetted include the rehabilitation of the Vaalharts-Taung irrigation scheme, in the Northern Cape and North West; the Groot Letaba River water development project: Nwamitwa dam, in Limpopo; the Berg River Voëlvlei augmentation scheme, in the Western Cape; the Rustfontein water treatment works, in the Free State; and the Orange-Riet Canal increase of bulk raw water supply, also in the Free State.

“The SIDSSA process attracted about 40 projects spanning the entire water-sector value chain and, following rigorous assessments of the projects by members of the ISA Water and Sanitation technical working group, only 11 of the projects made the list of gazetted projects under SIP 19: Water and Sanitation, with a total estimated value of R106-billion,” says the Presidency’s Investment and Infrastructure Office head, Dr Kgosientso Ramokgopa.

ISA’s Water and Sanitation technical working group (TWG) comprises 30 members with a diverse range of highly skilled and experienced individuals in the water sector, including engineers, bankers and economists.

Boosting the capacity of the TWG are secondees from the Technical Assistance, Mentorship and Development, or Tamdev, initiative, who are available to ISA on a full-time basis to assist project owners and sponsors to prepare and package projects that need to be taken through the SIDS process.

ISA has also appointed a technical advisory panel with a range of expertise to be at the disposal of ISA.

Responding to questions posed by Engineering News & Mining Weekly, Ramokgopa explains that four of the water projects are deemed ready for investment.

“Advance works for the Lesotho Highlands Water Project Phase 2 are under construction and construction of the Polihali dam is expected to start by the end of the year. Water supply agreements are under negotiation for the uMkhomazi water project; the Berg River Voelvlei augmentation scheme; and the MCWAP Phase 2.”

In October, Public Works and Infrastructure Minister Patricia de Lille highlighted the progress of Phase 2A of the MCWAP, which will increase water supply in the Lephalale region, as well as supply a second water source for the Medupi and Matimba power stations.

“The increase in the interim borrowing limits has been approved. Secondly, the long-awaited decision on environmental authorisation was issued by the Department of Environment, Forestry and Fisheries (DEFF) on October 11, where the appeals were upheld. Lastly, the signing of the water supply agreement by [State-owned power utility] Eskom is imminent. The R10-billion in commercial and/or blended funding solutions can now be finalised which will then see this project move to the construction phase.”

Construction on the investment-ready projects is expected to start within the next 18 to 24 months and will run until at least 2025/26 for the smaller projects, such as the Berg River project, and beyond 2028, for the larger projects, such as Lesotho Highlands and uMkhomazi.

“Investment interests are highly focused on the four projects. The total of potential investments is about R68-billion. The Trans-Caledon Tunnel Authority (TCTA) is sourcing the finance for these projects and is working closely with the Infrastructure Fund as well,” says Ramokgopa.

TCTA is the implementing agent for the projects, with the Department of Water and Sanitation as the project sponsor.

“The remaining five projects require further project preparation funding and support to advance them through the necessary project development stages. ISA is facilitating engagements between potential funders and the project owners in this respect.”

Timelines for start of construction are dependent on securing funding and financing for the projects from the fiscus or financial markets.

“A number of projects are still in the preparation stages and further discussions are ongoing with the various multilateral development banks and development finance institutions to support the early stages of funding of these projects,” Ramokgopa says.

Meanwhile, the balance of the more than 40 project submissions, valued collectively at R170-billion, were referred back to the project owners for further preparation before they could be subjected to the SIDS methodology process again.

“It is expected that these projects will be submitted to the second round of SIDSSA, scheduled for later this year, and there is potential that further projects will be gazetted from these resubmissions and from new submissions to the subsequent SIDSSA as well.”

The various SIPs have been gazetted with the aim of ensuring that the regulatory processes required for implementation are fast-tracked, including the approval of credit-enhancing instruments, the unlocking of the funding for bulk infrastructure and the speedy processing of water-use licences and environmental-impact assessments.

Approvals, authorisations, licences, permissions or exemptions for the projects will run concurrently instead of consecutively, with the single-entry point entity, ISA, through the SIPs steering committee, tasked with assisting in clearing any blockages to funding and implementation.

Once projects are gazetted, they are subjected to the approval timeframes stipulated in the Infrastructure Delivery Act, he says, citing, as an example, the expedited decision on environmental authorisation appeals on the MCWAP Phase 2A project by the DEFF, besides others.

President Cyril Ramaphosa, speaking at a project preparation roundtable in November, said it was evident during the SIDS process that not all of the projects were well prepared, and that additional funding and capacity support would be required.

“A lot of effort is required towards project preparation to develop and package funding structures and institutional models for the projects under preparation,” Ramokgopa explains.

Project preparation can cost anywhere between 2% and 15% of the project value, depending on the complexity and size of the project, compared with the 3% to 5% of project costs in developed countries, where project funds and facilities are willing to take the risks to fund projects.

“The project preparation process, done well, ensures the identification and elimination of key risks at the earliest possible time and maximises development opportunities by ensuring that projects are well conceptualised and ready for implementation.”

De Lille adds that, from a funding perspective, there has also been substantial progress made over the past few months since the approval of the Infrastructure Investment Plan.

“We are using three funding channels to ensure that the infrastructure projects will be implemented.”

This includes funding from the private sector, international funding institutions, multilateral development banks, development financing institutions and commercial banks; blended financing, where the private sector is encouraged to invest in the Infrastructure Fund and the Green Infrastructure Bond instrument, which is a further funding option being explored; and, lastly, funding from the fiscus, particularly for social infrastructure.