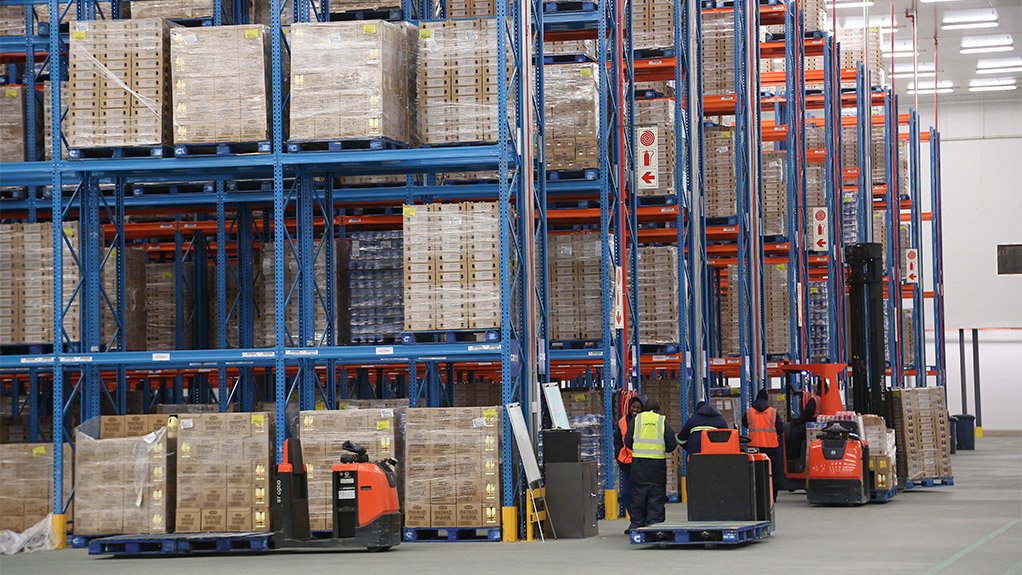 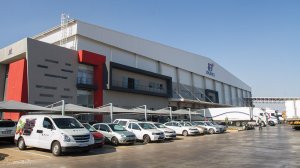 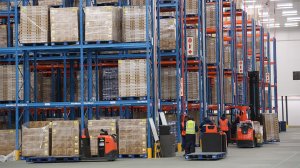 IDL Fresh South Africa MD Etienne Juillard told Engineering News at the launch that two-thirds of the new warehouse was refrigerated, while the remaining third contained ambient temperatures. The refrigerated section is cooled to between 2 °C and 6 °C and will be used primarily for storing yoghurt, while the ambient section is used for custard – both products are manufactured by dairy producer Danone.

Danone contracted IDL in 2014 to build and operate the warehouse as well as its logistics chain throughout South Africa through a joint venture.

Construction of the warehouse started in September 2014 and was concluded in April 2015.

Low Carbon Footprint Sustainable technologies employed in the IDL Fresh warehouse include motion-sensing lighting throughout the building to ensure unoccupied sections do not use more electricity than what is required.

Further, Juillard told Engineering News that the chilling plant used a hybrid technology of refrigerant to reduce electricity consumption, adding that a “typically South African standard” is to use an ammonia-based refrigerant.

However, an ammonia-based plant is dangerous – owing to toxicity – and energy intensive, which prompted IDL to opt for a combination of ammonia and glycol in the chiller plant. Glycol, said Juillard, was commonly used throughout Europe, owing to its low use of energy and low toxicity level. “This enables the plant to operate at better efficiencies, with less of an impact on the environment; it is also safer.”

There is also a lack of support for using a glycol- only system in South Africa.

Meanwhile, IDL has adopted a cautious approach to the IDL Fresh warehouse’s electricity consumption. Juillard said specialists from France had been contracted last month to assess the implementation of energy-saving techniques at the facility, with further recommendations being issued to improve efficiencies and electricity use.

“This will lead to a further investment of about R2-million to improve efficiency in energy use in various aspects of the facility,” said Juillard, adding that most of the investment would be allocated to the chiller plant.

IDL Fresh South Africa MD Etienne Juillard revealed to Engineering News at the launch last month that IDL Fresh was investigating the implementation of voice-assisted picking technology to facilitate faster and more accurate picking methods. Using the technology will also improve quality control, as the order can be immediately verified by the picker according to the batch number.

Further, IDL Fresh was a few months away from implementing double-decker trailers for long-distance haulage. “Instead of only being able to transport 30 pallets, the trailers will enable us to double the capacity of pallets per truck, within payload restrictions,” Juillard noted, adding that this technology was relatively uncommon in South Africa.