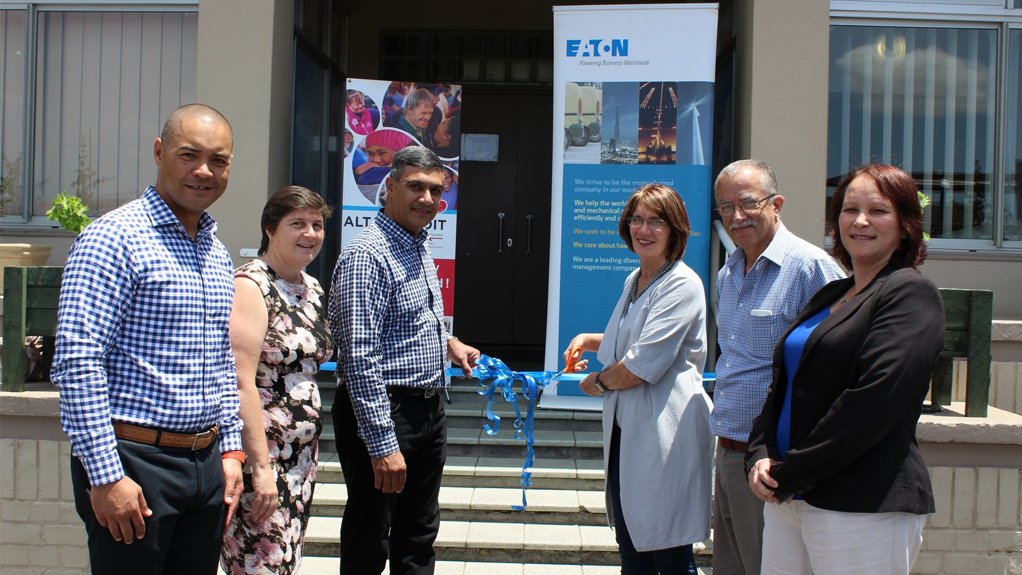 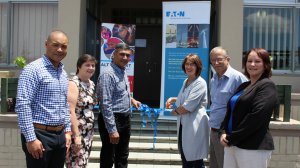 After an inspection was done by the local fire department, it was found that the centre was no longer compliant, according to the minimum fire safety regulations. As stated by law, it is an essential requirement for facilities such as the Alta du Toit Centre, and if not attended to, could mean being closed down until requirements are met.

The centre has, since the inspection, been fully upgraded with a brand-new safety-compliant fire detection system sponsored by Eaton Africa and installed by fire protection service provider Procom Fire.

The centre now offers a secure and safe environment for its residents and staff members.

The centre cares for 164 residential intellectually disabled adults and 55 daycare clients, which is run by more than 70 dedicated staff members. The centre had no funds to maintain or upgrade its existing fire detection system.

As opposed to upgrading the aged infrastructure, Eaton Africa collaborated with Procom Fire to remove all existing equipment that had failed over time and replace it with an Eaton Addressable Fire Solution.

“The most important objective was to ensure that the residents were protected in the best way, should a fire break out,” says Procom Fire director and owner Peter Le Roux.

He adds that the second objective was to limit damage to the building and other assets.

The installation included over 250 analogue smoke detectors, 15 heat sensors and 42 addressable surface call points as well as 75 dB alarm sounders in all passageways across the centre’s four hostels. Procom has also replaced all the old cabling and installed 5 000 m of PH30 fire-resistant cabling to link all the devices. This part of the project was sponsored by Pinnacle, an Eaton partner that shares the same high value of people safety.

Procom went a step further and installed a fully automated communication system, which sends short message service text messages to identified personnel in the event of a fire. This includes all management staff and appointed security personnel that would be able to respond accordingly.

“We had to be sensitive to the unique needs of the care centre, particularly not to alarm sleeping residents, so we placed sounders in passageways rather than inside the rooms.

“We replaced security fences with electromagnetic locking doors equipped with push bars and ensured that all entrances, including sliding doors, open automatically and stay open as soon as a fire breaks out and for the entire duration of the emergency,” says Le Roux.

Further, he mentions that the company looked at various safety factors such as blocked entrances and other elements that might not normally fall in the scope of a fire detection system.

According to Le Roux, it is common for companies to cut corners to save money, while legislation mandates that buildings should have a certain level of fire safety based on the type of building and requirement thereof.

He notes that the decision to use an Eaton Fire System was based on, firstly, the flexibility and resilience of the equipment and, secondly, Eaton’s professional approach to assist with this project as well as their stance for people safety.

Procom Fire also hosted training sessions to upskill all staff members in using the new system and, together with Eaton Africa, will ensure that the fire system is always fully functional at all times. This complies with all fire prevention regulations and requirements as well as ensures the safety of the centre’s residents and staff.

“People safety and business continuity always takes first preference. “For Alta du Toit, we focused on the most essential requirements of the environment we were working in and designed a system that would be affordable, easy to maintain and fully upgradable in the future,” says Eaton Africa life safety product manager Dean Gopal.

He concludes that it was particularly important to Eaton and to the centre to ensure that its operations and residents were not disturbed during installation, and the company achieved this by approaching the whole project with sensitivity to the centre’s nurturing approach.