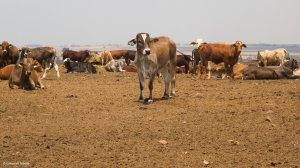 The Western Cape Department of Agriculture says that, based on questionnaires distributed to farmers in the region, around R192.3-million in fire damage has been reported in the Hessequa and George regions.

About R22-million worth of damage was not covered by insurance, including damage to grazing, fences, pipelines, watering points for animals and irrigation systems, the data revealed.

The region’s agriculture sector is already under pressure, particularly in terms of fodder for grazing, owing to the ongoing drought. “The fire damage adds to this burden and farmers will have to purchase additional fodder where there has been significant damage to grazing.

“This will have to continue until the rains start and the veld has recovered. Added to this is the cost of replacing infrastructure such as farm buildings, fences and watering points for animals and irrigation systems,” said Winde.

The department’s sustainable resource management programme was allocated R86-million in the current financial year, in part to assist with disaster management in the agriculture sector.