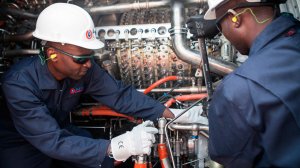 Global electricity supplier APR Energy announced earlier this month that it has extended and expanded several power generation contracts in Africa, amounting to a combined total of 108 MW.

The company expanded its interim power solution for Senegal’s national electricity utility Societe Nationale d’Électricite du Senegal (Senelec). The contract requirements include the installation and operation of an additional 48 MW of mobile diesel-powered generation, including assets being redeployed from Libya, to supplement an existing 20 MW block of power at APR Energy’s Kounoune site. The contract term for the combined 68 MW extends into the fourth quarter of 2015.

APR Energy also announced that it extended its 40 MW mobile gas turbine project, in Rocha Pinto, Angola, in the fourth quarter of 2015.

Located near the capital city of Luanda, the project is one of two contracts that APR Energy is working on in Angola – the third-largest economy in Africa.

Further, the company is providing an additional 40 MW of power generation at its plant in Morro Bento. This contract was extended earlier this year, and will come to a close in the first quarter of 2016.

Together with additional plant sites in Botswana and Mali, APR Energy’s Angola and Senegal projects provide more than 180 MW of power generation capacity to sub-Saharan Africa.

“The expansions in Senegal and Angola are testament to the reliable power solutions that we offer and indicate the operational excellence we bring to our projects, which our customers value,” says APR Energy CEO Laurence Anderson.

“We are pleased to continue with these important relationships with our utility partners and are proud to contribute to the economic growth in this region of the world.”

Executive chairperson John Campion adds: “Power extensions and expansions like the ones in Angola and Senegal are a fundamental element of our business strategy. “The planning, financing and construction of permanent power plants can take many years and our mobile gas turbines and power modules are perfect interim solutions that provide customers with the flexibility and full services they need during the development of permanent generation.”