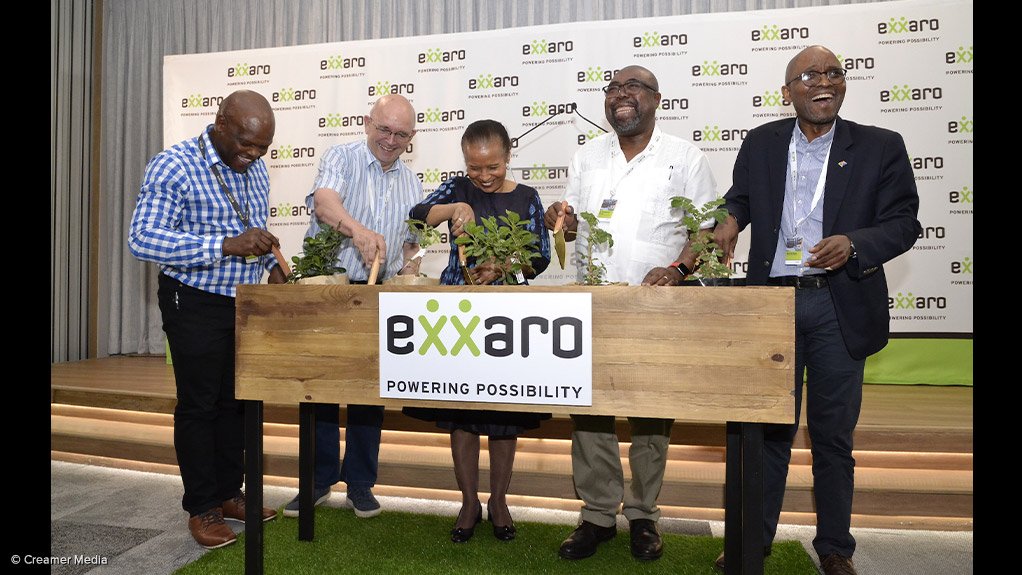 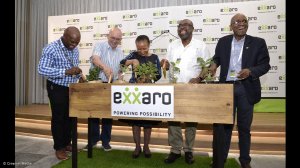 In unveiling the new headquarters of diversified miner Exxaro Resources, in Centurion, on Monday, Employment and Labour Minister Thulas Nxesi said the unveiling of the head office space in the midst of difficult economic times, “gives hope and assurance” that Exxaro is growing and that it is “here for the long haul despite the dynamic changes in the coal and mining sectors”.

With all of the company’s investments, training initiatives, youth programmes and its vision for the future, Nxesi said he believes the company was “making meaningful changes to the lives of South Africans, especially the poor and the working class”.

The unveiling, which he dubbed as “auspicious”, takes place at a “critical point” in the life of the South African nation, which faces several challenges, including a sluggish economy, global economic uncertainty, high unemployment, persistent poverty and inequality and even the Fourth Industrial Revolution, which Nxesi said “brings with it disruption and new opportunities in equal measure”.

Instead of lamenting the challenges, Nxesi encouraged the industry to continue engaging with businesses to see where red tape could be removed and bureaucracy eliminated, which would lower the cost of doing business and support investment, growth and job creation.

Referring to the building itself, Exxaro CEO Mxolisi Mgojo said the headquarters, named 'The ConneXXion', embodies an architecturally innovative accomplishment where opportunities for growth, development and advanced working spaces can be found.

The name was chosen through a competition throughout the company, in which it had asked employees to describe the company’s journey.

He told delegates that sustainability was “top in mind” in terms of the design of the building, which sought to provide a means to affect broader change through an aesthetic design that encompasses green energy measures, zone lighting, energy efficient building services and systems, rainwater harvesting and dedicated parking for fuel efficient vehicles.

Built by property developer Growthpoint, the building has a 5-star Green Star South Africa rating from the Green Building Council of South Africa.

The building is expected to consume 76% less water than national best practice and eliminate energy waste.

Further, Mgojo lamented that with an economy growing at less than 1% and unemployment close to 30%, as well as high levels of poverty, “[South Africa] must be considerate and informed about saying that coal won’t be relevant to South Africa’s future”.

While cleaner energy is an imperative, he warned that the just energy transition “will not happen overnight”.

Given the many areas that the energy transition will affect, Mgojo said it needs to be viewed as a shared challenge for all stakeholders – including government, sectors of the economy, trade unions and communities.

In this respect, he called for a detailed employment protection plan, which he said was “critical to ensure that citizens are not neglected during the impending transition”.