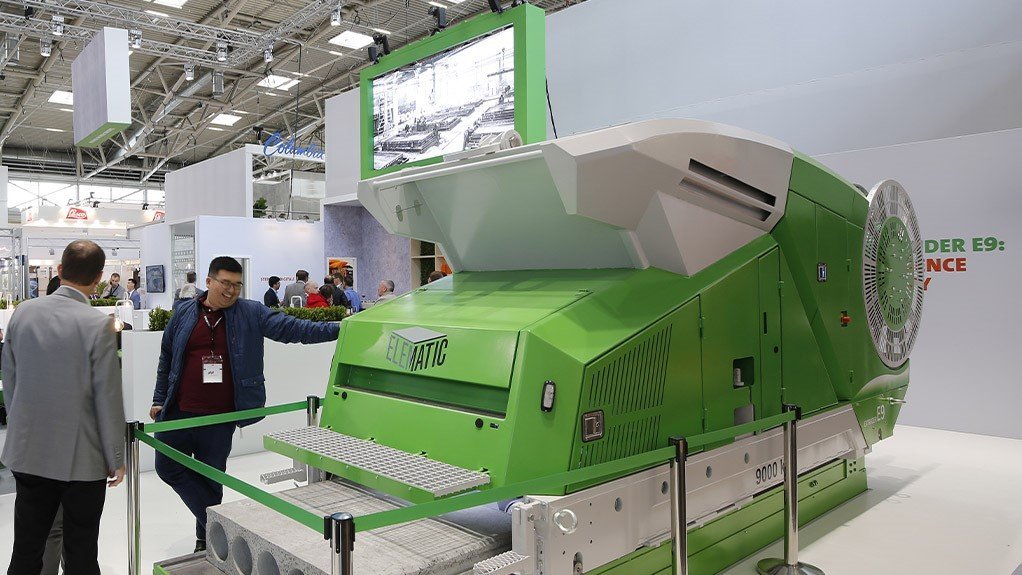 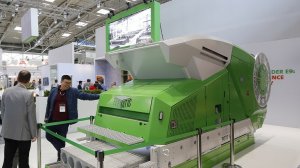 Precast concrete offers a number of potential benefits, including faster production time with cost savings carried through to site installation. The blending of digital and machinery has resulted in more advanced precast manufacturing machinery.

The Extruder E9 is the fifth generation of Elematic extruders, which the company states has set a new benchmark for high-speed casting in hollow-core slab production, with lower production costs.

CASTING SPEED
In the past, casting speed was not considered an issue in hollow-core production. However, with the demands of tight project-scheduling in today’s construction market, fast casting has become crucial.  The new extruder offers casting speeds of up to 2.7 m a minute – 30% to 70% faster than its predecessors.

According to the company, this translates to eight to ten casted beds in the same amount of time that previously produced only six casted beds, resulting in up to 18 casted beds a day.

The improved speed is achieved with a new design of the extruding screws, optimised casting parameters and independent screw drives.

The new extruder is based on shear compaction technology.  Efficient compaction allows for minimum cement content in slabs, because the high density of concrete has an exponential effect on the slab strength.

MULTI-PRODUCT CASTING
Independent screw driving can increase casting speeds and allow different products to be cast with one machine.

A choice of six different widths are available on a basic 1.2-m-wide bed, which means that narrow filler slabs can be cast instead of sawing them to specific measurements.

SLAB QUALITY
A second-generation automatic compaction control system is also featured, with the resistance of levelling beam as a new additional input parameter. Together with the independent use of the casting screws, a balanced casting process is achievable, as concrete is fed more evenly throughout the whole slab cross-section. The casting process is monitored and controlled, further improving slab quality.

The machine also features a bouncing prevention system aimed at stopping pressure fluctuation during compaction from causing waves to the slab surface, thus maintaining a smooth and even slab surface.

A slow-speed casting mode is also available, reducing the need to stop casting when concrete supply to the machine is restricted.  Fewer stops in the process aims to improve slab quality.

USER EXPERIENCE
The extruder features a 15.6” touchscreen user interface, allowing the user to zoom and drag and drop items.

The user interface is designed to meet routine casting tasks in precast concrete plants, such as the ability to change casting modes directly on the machine.

AUTOMATIC CONCRETE RECYCLING
The extruder has an option for a recycling system that decreases concrete consumption. Once the recycled concrete is transported back into the extruder, the system slowly mixes it with fresh concrete to ensure that the mix quality remains on the defined high level.

The Extruder E9 can be used together with the Elematic Modifier E9, for digging and placing cuttings, recessions and other openings.