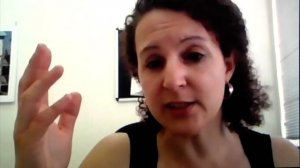 With 60% of South Africa’s economic activity happening in the informal sector, national, provincial and local government alike need to realise the importance of empowering these entrepreneurs to contribute more to the gross domestic product of cities, University of the Witwatersrand associate Professor Margot Rubin said on October 20.

During a webinar hosted by the Centre for Development and Enterprise, discussing the barriers that are holding entrepreneurs back in South African metros and how cities ought to facilitate their businesses thriving, she said almost half of Gauteng's employment was based in the informal sector, while about 470 000 people were self-employed.

However, she explained that the province nonetheless had high degrees of precarity, little to no social protection and earnings that are unpredictable. There are also gender disparities, where women are limited to entrepreneurship close to home and often only related to food preparation and beading, for example, while men travel to cities for work.

Rubin noted that challenges facing entrepreneurship in South Africa include inconsistent policy regimes that have been in place for a long time.

“Over time, we have seen a lack of decisions on how to think about the informal sector, creating tension and mistrust between the State and entrepreneurs. Mayors are always committing to assisting the informal sector more, but there is discrepancy around the national, provincial and local government prerogatives.

“This while, for example, the Township Economy Bill that is being drafted, is still biased by excluding the involvement of foreign nationals.”

By-laws are the most immediate interface between citizens in a city and the State. In terms of informal trade, people are assigned to designated spaces and zones. By-laws prevent trading activities that impede traffic or pedestrian movement and block informal traders from conducting business at retail shop fronts.

“We need a clear and consistent policy regime; we need to be careful of bias in our policy. We need to think consistently about enforcement, not just arbitrary enforcement.

“We need better infrastructure that allows growth, especially water and electricity. We need to regulate within reason and stop making it hard for businesses to be established and to operate,” Rubin stated.

She emphasised the importance not only of government undergoing a change in its approach and mindset to informal entrepreneurs, but also business associations, which often associate informality with criminality.

“Civil groups and residential associations can also step away from this idea and rather embrace collaboration with informal businesses to build up city economies and contribute to the empowerment of entrepreneurs.”

South African Cities Network productive cities programme manager Nomfundo Dlamini echoed this sentiment, urging cities to create an enabling environment for inclusive growth, noting that the economies of cities remain stuck and are not realising new opportunities for the informal sector to thrive, despite the sector being a primary driver of national economic growth.

She believes cities need to be economically empowered and be awarded both the policy and regulatory autonomy to diversify their own economies and foster innovation, while championing their own decision-making and planning.

Meanwhile, Harvard University's Professor Ed Glaeser agreed that all cities ought to allow and empower entrepreneurship and that cities with many small firms were key to urban success in the twenty-first century, rather than cities with fewer, larger firms.

He stated that some governments were reluctant to engineer innovation and make space for entrepreneurs, which was a problem. “Cities can kill innovation by making it [difficult] to start up a business or leaving [entrepreneurs] with no space to operate.”

Glaeser recommended that all cities make permitting for businesses and entrepreneurs as easy as possible, while having nimble institutions to help people take advantage of the opportunities that cities offer.

“However, when there is no clear form of damage being done, why are these limitations in place, in the first place?”