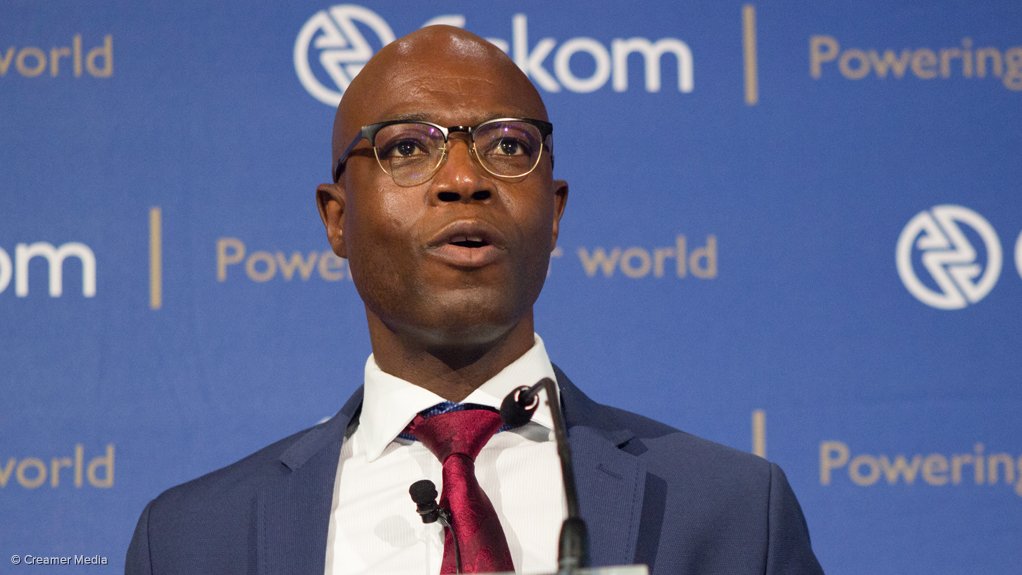 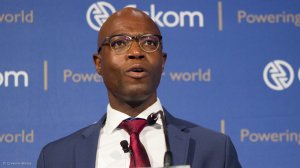 Eskom has written to the signatories of the Government Support Framework Agreement (GSFA) – which guarantees support for the State-owned utility in meeting its obligation to buy electricity from renewable-energy independent power producers (IPPs) – to discuss a possible triggering of government support in light of current constraints to recouping the costs through the tariff and the Regulatory Clearing Account (RCA) mechanism.

The GSFA is the framework agreed to between Eskom and the Ministers of Finance, Public Enterprises and Energy outlining the support that government should provide with regards to Section 34 of the Electricity Regulation Act, which governs the Ministerial determinations that facilitate the procurement of IPP capacity. It also outlines the processes to be followed in providing government support in a situation where Eskom is unable to meet its obligations as the single buyer.

Eskom interim CEO Matshela Koko tells Engineering News Online that the utility has embraced the “line of march” outlined by President Jacob Zuma in the February State of the Nation Address regarding the signing of outstanding power purchase agreements (PPAs) with renewable-energy IPPs and insists that “Eskom will sign”.

However, he says Eskom requires clarity on the cost-recovery mechanism and has, therefore, written to the National Treasury, the Department of Public Enterprises (DPE) and the Department of Energy (DoE) requesting engagements under the GSFA in light of the utility’s current under-recovery of IPP costs through the tariff, as well as the prevailing legal uncertainty surrounding recouping those expenses through the RCA.

On February 23, the National Energy Regulator of South Africa (Nersa) approved a 2.2% Eskom tariff increase for 2017/18 and reaffirmed that the cost-recovery mechanism for IPP purchases remained intact. Eskom’s allowable revenue for 2017/18 included R23-billion for pass-through purchases from IPPs.

Nersa also said any over- or under-recovery would be dealt with through the RCA, but acknowledged that its ability to consider applications under the mechanism had been affected by the Gauteng High Court’s August 16 ruling, which determined the most recent RCA adjustment to be “irrational, unfair and unlawful”.

Nersa is appealing the judgment, but has refrained from adjudicating further RCA applications until legal certainty is established. The regulator has, in the interim, indicated that “nothing prevents” Eskom from making an application for relief should there be cash-flow risks to its financial sustainability.

Koko says that, since 2014, Eskom has recorded an under-recovery relating to IPP purchases of R6.4-billion and that the under-recovery for 2017/18 is forecast at R3.7-billion. “That means we have over R10-billion that we need to recover. Ordinarily, we would recover that through the RCA, but we all know that the RCA process is stuck in court.”

Eskom has also considered approaching Nersa in line with the offer made in the regulator’s February statement. However, the utility believes such an approach is likely to be challenged legally, particularly in light of the current focus on whether the regulator is being sufficiently rigorousness in following procedure. “In fact, we know for sure that we will be interdicted,” Koko says.

Therefore, it is seeking possible relief through the GSFA and Koko reports that there are almost “daily engagements at the level of officials” between Eskom and government on the matter. The interactions are described as being at an advanced stage.

“My view is that, if all of us take the President’s line of march seriously, then we should speak with one voice and do what the President said we must do,” Koko avers.

The National Treasury tells Engineering News Online that it and the DPE “are monitoring Eskom’s financial position and the plans that are being developed to address the implications of the Nersa decision” to grant a tariff increase of only 2.2% for 2017/18.

“In light of these concerns, a government task team, comprising of representatives from the National Treasury, DPE and DoE, under the leadership of the directors-general as the co-signatories to the GSFA, has been established to address Eskom’s concerns and come up with a solution. At this stage, National Treasury cannot state when the discussion from the government task team will be concluded, but the matter is receiving urgent attention from the GSFA signatories.”

However, the National Treasury also stresses that Eskom has not yet triggered sections 1 to 3 of the GSFA, which outlines the “process to be followed in providing government support to Eskom in a situation where the entity is unable to meet its obligations as per the Ministerial determinations”.

The February Budget Review classifies the guarantees to the IPPs as a contingent liability, which could “materialise” as a government obligation if Eskom either runs short of cash and is unable to buy power as stipulated in the PPAs, or if government terminates PPAs because it is unable to fund Eskom, or as a result of a change to government policy and/or legislation.

Government has committed to procure up to R200-billion from renewable-energy IPPs and, as at March 2017, exposure to IPPs was estimated to be R125.8-billion.

Koko, who is known for his hitherto hostile stance towards the renewables IPPs, says the financial implications for Eskom as a result of the decision to sign the PPAs cannot be dismissed. “We will proceed as instructed, but there are consequences,” Koko avers.

While stressing that Eskom does not set policy, he suggests that current electricity policy has not fully thought through the cost implications of adding additional renewables capacity at a time when demand is flat lining and supply is increasing.

A similar warning has been issued by Public Enterprises Minister Lynne Brown, who reminded the Parliamentary Portfolio Committee on Public Enterprises recently that IPPs were conceived when growth was being forecast at above 5% and electricity growth was expected to be higher than 2% a year. Instead, demand has fallen and Eskom currently had a surplus for 4 000 MW “on any given day”.

“Take-or-pay agreements commit government to long-term agreements even if the power is not required, as is the case currently . . . It is therefore critical that the country allows a revised plan that will better inform choices including technology and timing of implementation. As we move to implement the policy, unintended consequences have emerged and further consultations with all affected stakeholders are essential,” Brown said during a briefing in March.

SOMETHING HAS TO GIVE

Koko is more strident, arguing that, the current unwillingness to seek a compromise will mean, “Something has to give”. That ‘something’, in his view, is the accelerated decommissioning, over the coming five years, of five coal-fired power stations: Camden, Grootvlei, Kriel, Hendrina and Komati.

This decision is a reversal of Eskom’s previous ‘fleet renewal’ strategy to extend the life of the stations by a further ten years and is likely to lead to impairments by Eskom, owing to the fact that some of these stations were recently returned to service having previously been mothballed.

The decommissioning announcement also acted as the catalyst for the recent high-profile protest action by the Coal Transportation Forum, whose members blocked key roads to Pretoria as part of their March 1 protest to the Union Buildings.

The protest was in reaction to an Eskom estimate that the introduction of renewable-energy IPPs will result in 55.8-million tons less coal being burned yearly by 2022, which would reduce the amount of coal transported by road by 112.5-million tons over the coming five years.

Subsequently, both the National Union of Mineworkers and the National Union of Metalworkers of South Africa have expressed dismay at the decommissioning plan, which threatens 6 000 direct power station jobs and thousands of mining and transport jobs, and have indicated that they intend to launch protest action again the plan.

“Looking at the pure economics, it does not make sense to decommission. Here are power stations that are fully maintained and have coal, they’re fully depreciated – why would you decommission? But we are going to do that definitely. We are going to do that because the economy is not growing, we’ve got a surplus and we have to pick up renewables. Something has to give.”