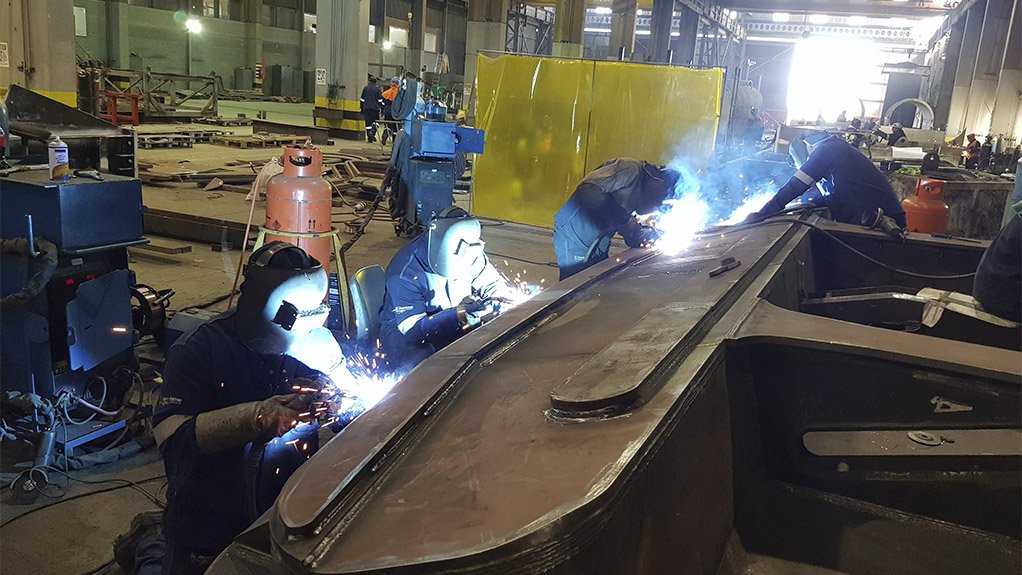 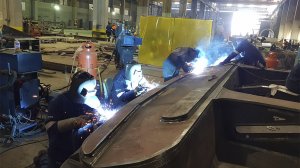 Industrial equipment supplier Turnmill Proquip Engineering mitigated challenges that were presented by the installation and manufacturing of four leaching vats at a vanadium mine. The vats form part of a chemical process to extract vanadium.

The project was completed in August, in partnership with steel products manufacturer CIS Engineering and engineering solutions provider ELB Construction.

“Workshop handling of the complete vessel is not possible using workshop overhead cranes. For easier handling, the unit was divided into four smaller modules.”

Each module was individually manufactured and could easily be steered by workshop overhead cranes. Each of the modules consists of a structural steel ‘ribcage’ which was built and supplied by CIS Engineering.

Huisamen adds that the specially cut and formed plates, which were also supplied by CIS Engineering, were then fitted into the ‘ribcage’ and were welded together to form a module. These modules were then placed on trestles to join them.

The vertical and overhead welding to join these modules were done with all-positional Flux-Core welding.

“Having the modules assembled on trestles that represent site civils aids with the ease of installation on site,” adds Huisamen. Owing to the size, only one unit could be assembled at a time.

He explains that the complete unit was then hoisted using hydraulic jacks and special trailer beds that can be hydraulically lowered. The trailer was reversed underneath the vessel, and the jacks were lowered onto the trailer.

The units were transported to site by abnormal-load trucks, which required a load licence and convoy. This was completed by heavy-lifting solutions provider ALE Heavylift.

“The whole schedule was planned to ensure that, when one vat was transported from the workshop to the site, the next module was ready to be placed on the trestles to be joined. This means that three vats were in progress simultaneously.”

Having the complete leaching vat built in-shop, instead of built part-by part on-site (which was the initial intention owing to its size), would have resulted in endless up and down carting of raw materials, which would have turned into a logistical nightmare, notes Huisamen.

Site installation of the vats and associated structures was carried out by ELB Construction, while the jacking of the vats into position was handled by ALE.

Huisamen concludes that more planning and preparation in the workshop resulted in easier site work.