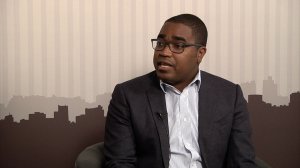 A.T. Kearney has extended the entry deadline for the inaugural South African Factory of the Year competition to October 31.

The event is aimed at boosting competitiveness in the country’s ailing manufacturing sector.

First announced at the Manufacturing Indaba in June, the competition seeks to identify and award excellence in the operation of manufacturing companies.

The competition has been held internationally for over 25 years, predominantly in Europe, and boasts over 2 000 factory participants over this period. A.T. Kearney chose to bring it to South Africa as the country presents much room for improvement in manufacturing competitiveness, A.T. Kearney manager and Factory of the Year coordinator Mark Saunders told Engineering News Online on Monday.

“Manufacturing as a percentage of the country’s gross domestic product has almost halved over the past three decades, to less than 12% today, and the sector has been losing jobs. This depicts a clear need for manufacturing competitiveness.

“We believe this competition will equip participants with very insightful benchmarks and an awareness of their strengths, weaknesses and improvement opportunities, thus contributing towards improved manufacturing competitiveness.”

Participants, eligible from all manufacturing segments, must enter through filling out a questionnaire, available at www.safactoryoftheyear.co.za, before the deadline.

The “wealth of benchmarks and feedbacks” garnered over the past 25 years were drawn on in the process of drawing up the questionnaire. Some elements of the questionnaire have been localised, but this has been balanced against measuring South African companies against international benchmarks.

Following this, entries will be assessed over November and December. Site visits will be undertaken from January to February next year.

An independent jury will then deliberate from March next year.

The winners will be announced at the 2019 Manufacturing Indaba, in June.

Winners will receive the title of “Factory of the Year”, which is a “prestigious, internationally recognised” award that provides manufacturing benchmarks on par with the highest international standards.

They will also receive a special locally designed trophy, which is being three-dimensionally printed by the Council for Scientific and Industrial Research (CSIR).

Further, all participants will receive feedback packs, containing “deep” insights into their strengths, weaknesses and areas of improvement.

Saunders lauded the positive market response thus far. However, he noted that there is still room for more entrants, with the company hoping to secure the participation of about 100 companies.

The company sought partners that are neutral and that are making strides in improving manufacturing competitiveness, as this aligns with the aim of the competition, indicated Saunders.

The CSIR and the Manufacturing Circle will nominate members to serve as part of the jury.

The company is also pursuing another notable government partnership, informed Saunders, which will be disclosed soon, if confirmed.

The company aims to build on this inaugural event and host the competition yearly, in line with international events. “Judging by the enthusiasm thus far, which has exceeded some of our expectations, we’re sure that the launch will be a success, and we can continue this as a yearly event.”