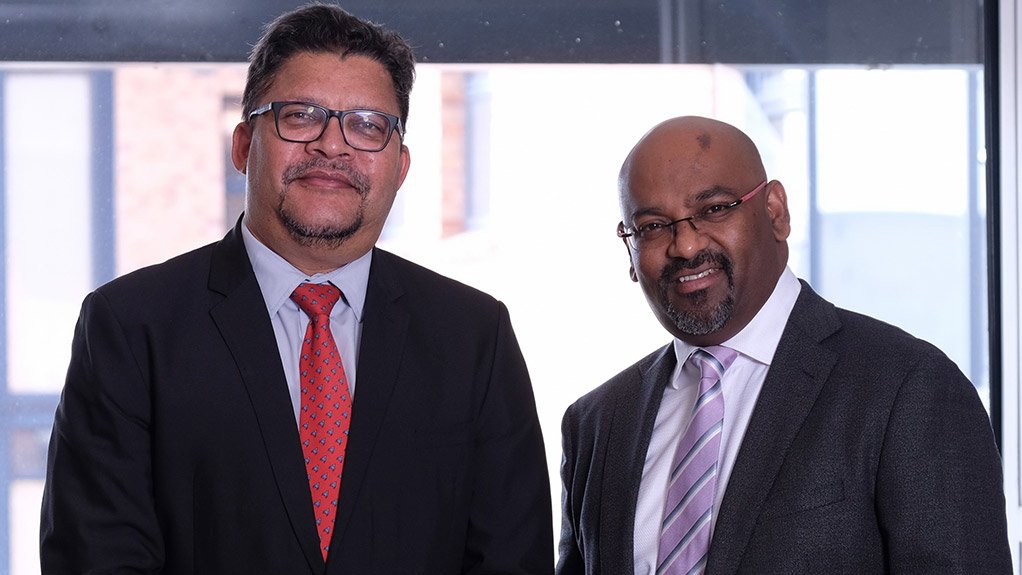 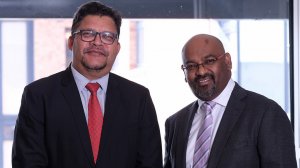 NERESH PATHER AND CHRIS CAMPBELL Consulting Engineers South Africa is encouraging partnerships among its member companies, in the form of joint ventures, to benefit in respect of growth and skills transfer

He says efforts should be channelled towards recruiting competent people with the relevant skills to get the right projects to the fore. “We urge government to employ companies from the consulting engineering space, which are accredited by industry bodies and have the required skills, ethical values and code of conduct so that they can be held accountable.”

Government is focusing on employing technically qualified professionals, but not necessarily competent professionals, Pather adds. “Government is doing good by employing young graduates and engineers but placing these young people in high managerial positions to make tough decisions is setting them up for failure if they do not gain the appropriate experience that would ensure that they are competent to make such decisions.”

Pather says government does not have the structures in place to train young engineers before appointing them to managerial or senior positions – “the number of experienced technical professionals in government bodies is declining at a rapid rate, and that is a big concern”

He says Cesa has appealed to various government departments to consider a partnership with the industry that would help government capacitate the public service by creating a functional structure where Cesa and government will work with retired professionals to train young engineers.

“We belong to a technical industry of infrastructure delivery and this technical space should be filled by technical practitioners. Government needs to depoliticise some of its technical positions. Individuals must be appointed on the basis of their technical skills and competency rather than political affiliation, class, race or gender.”

Pather says corruption in the construction and engineering industry in the private and public sectors is also negatively impacting the industry.

“Our member’s clients comprise 60% government and 40% private sector. We are highly dependent on government contracts because of maladministration, a lack of skills, corruption and a decline in capital spending, we are seeing work drying up.”

Subsequently, whether through the lack of work or economic contraction, this has caused a decline in spending and cutbacks, resulting in some of the construction companies retrenching or closing down.

Pather explains that corruption in the public sector is resulting in work being procured by contractors and companies without the necessary skills, competency, professional or industry accreditation and then outsourced to companies who are undertaking this work as subconsultants.

“In some cases, we find that the work has been delivered, but it has not been executed correctly, despite contractors having been paid. Another scenario is that the budget has been spent without any work having been done.”

“Now that the budget has been reduced, the biggest challenge for government is a lack of technical expertise to spend the available budget efficiently and appropriately while ensuring value for money.”

The profession and the industry remain on the back foot in respect of transformation though efforts continue to be made to address this issue both from a race and gender perspective, explains Cesa CEO Chris Campbell.

“Progress has been hampered by pockets of resistance to change, a hugely cyclic pattern of investment in infrastructure by government and inadequacies in the basic education system, specifically in maths and science, limiting the number of learners that might otherwise have been in a position to pursue a career in engineering.”

He says a further looming challenge is that with the limited number of students remaining in academia after completing an undergraduate degree in engineering, there will be a problem with capacity for teaching and training of future engineering practitioners.

Campbell says Cesa is in the process of developing a bursary fund that will offer holistic bursaries to ten deserving engineering students next year to study a degree at any university of their choice in the country.

“Each student will receive a bursary estimated at around R120 000 a year, which will include social support and all academic costs, as well as a monthly stipend. We want to support a student for the entire four years of their engineering degree programme, as long as they make a concerted effort to pass each year.”

Campbell highlights that, in the build-up to the 2010 FIFA World Cup, when the country had to build stadia, they had to contract companies from outside South Africa to assist because there were not adequate engineering skills.