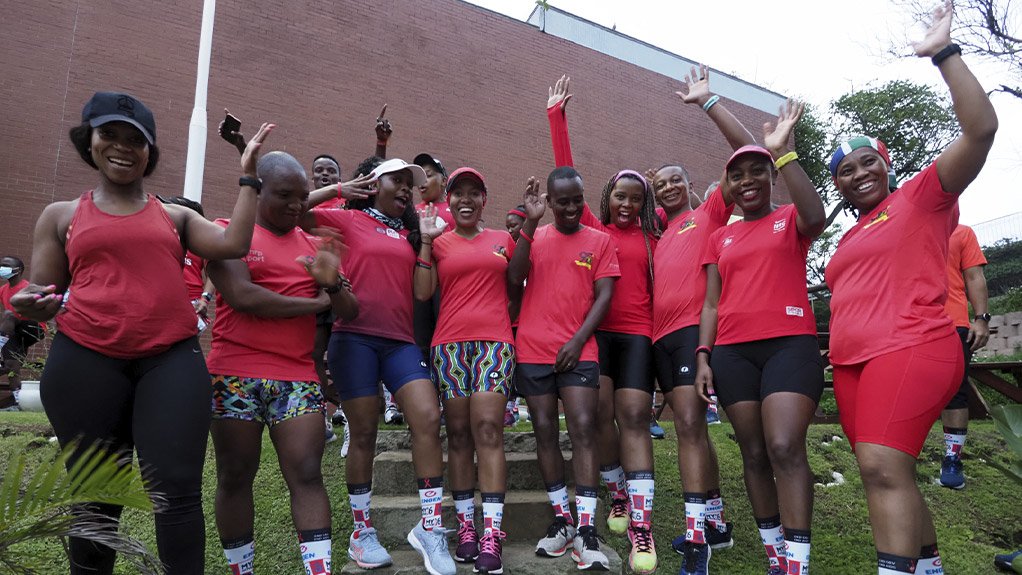 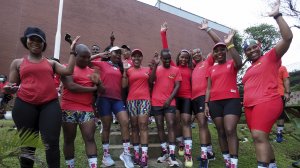 Andile Sibaya is a man on a mission to enrich the lives of those around him.

When not performing his technical management duties at the Engen refinery in Durban, Andile is focused on making a positive societal difference.

As the passionate founder of MyActive16, Andile uses his spare time to champion the fight against Gender-Based Violence (GBV).

Andile’s NPO hosts an annual 16 km x 16 day run/walk as part of the 16 Days of Activism for No Violence against Women and Children campaign.

Andile’s event requires participants to walk or run 16 km’s per day for 16 consecutive days, with participation growing from 20 to 50 people since inception in 2018.

on 1 December, which coincidentally is International World AIDS Day.

“As there has been little change against violence and femicide this year we extended our awareness from 16 days to 365 days of awareness by hosting monthly 16-minute runs and walk on the 16th of every month,” comments Andile.

Andile says he knew he needed to take a stand and get involved when he kept hearing stories about women who were being discriminated against because of their gender.

“Running and walking are excellent ways of dealing with anger and frustration and men need to be more aware of GBV as it is not only about physical scars but the emotional burden of discrimination or abuse,” he adds.

Taking it a step further, MyActive16 started visiting schools this year to teach all children, but particularly boys, about how their need to respect each other and treat those around them with kindness.

“We are planning to ramp up school activations in 2022 and also want to penetrate youth sport clubs,” says Andile.

Andile’s MyACtive16 was eligible for a R5 000 ECPP grant from Engen, which he has used to make socks as part of a GBV awareness campaign.

Engen has also provided water and energy drinks for those who undertake the 16 km x 16 day run/walk.

As a company, Engen champions the UN’s Sustainable Development Goals (SDGs), including SDG 5 – Gender Equality, which aims to end gender inequality through actions that eliminate discrimination that curtail women’s rights in both the private and public spheres.

Engen and its SDG 5 team, led by General Manager: Corporate Strategy and Communications, Khalid Latiff is keenly aware that equality is everybody’s business, and that it owes it to its employees, customers, and broader society to make every effort to drive positive change.

This year, Engen launched the #EngenderEquality campaign, which focuses on the vital but often overlooked importance of men’s allyship and involvement in the fight for gender equality.

Comments Latiff: “Engen recognises that men’s full and enthusiastic participation is an absolute requirement to achieving true gender parity and we hope to eventually see the fight for gender equality being fought equally by men and women together.

“As the sponsor of the #EngenderEquality initiative at Engen, as well as a husband and father, I heartily commend Andile for his efforts to fight gender-based violence, while also extending my respect to all participants in the 16 km x 16 day run/walk.

“For too long gender equality has been viewed as a women’s fight, and it’s brave men like Andile who will pave the way for others to join the cause.”