‘All hands on deck’ needed for energy efficiency 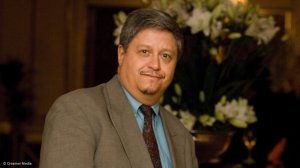 Energy efficiency requires a complex approach that should be initiated and implemented across the supply chain, from production to the consumer, said State-owned entity the South African National Energy Development Institute (Sanedi) senior manager for energy efficiency Barry Bredenkamp during the Power and Electricity World Africa 2015 energy efficiency workshop.

The workshop took place at the Sandton Convention Centre on March 24 and 25.

“The number one priority is gathering data,” he said, explaining that, with comprehensive data on all aspects of power generation and transmission, the implementation of downstream energy efficiency solutions could be simplified, more effective and fully understood. He added that the implementation of energy efficiency methods in South Africa was currently somewhat haphazard.

He listed the improvement of controls and automation – removing or reducing human involvement in industrial processes that can be automated – as the second priority. Advanced manufacturing processes, listed as the third priority, would add greatly to the State’s efforts to achieve energy efficiency, Bredenkamp added.

The fifth element, innovative building design, constituted a major area where commercial buildings could conserve energy, Bredenkamp added. Aspects such as orientation, insulation and north- and south-facing windows provided major benefits in terms of naturally heating buildings in winter and keeping them cool in summer, he explained. Natural lighting was also a benefit for daytime functionality, as it lowered electricity consumption and reduced the frequency of the replacement of light bulbs.

Bredenkamp further noted that energy efficient building concepts and design should be increasingly implemented when buildings or homes were constructed, as these types of elements would be much more difficult and costly to change after construction.

However, he highlighted that, owing to a lack of skills or outdated inspection methods, in terms of approving building methods, building control officers did not necessarily promote energy efficiency, which represented a significant challenge.

The sixth aspect, light-emitting diode (LED) technology, could be used in almost any lighting application and would further enhance energy efficiency, Bredenkamp stated. LED lighting had been well accepted in most industries and markets as an energy efficient and versatile lighting solution, with applications such as spotlights and mood lighting, as well as colour-changing façade lighting to create ambience, he added.

Bredenkamp emphasised the importance of pursuing electric vehicles – ranked seventh on the list – in terms of energy efficiency only if these cars were used in conjunction with photovoltaic (PV) charging solutions. He added that simply charging electric vehicles using electricity from the national power grid would not achieve the energy-savings potential of these vehicles.

“Carports should be converted to carry PV panels to which electric vehicles can be plugged into while parked,” he said.

Solar technologies and their associated storage facilities completed the list, with Bredenkamp concluding that “only once vast improvements to storage have been pioneered, can solar become increasingly feasible as a major source of energy”.