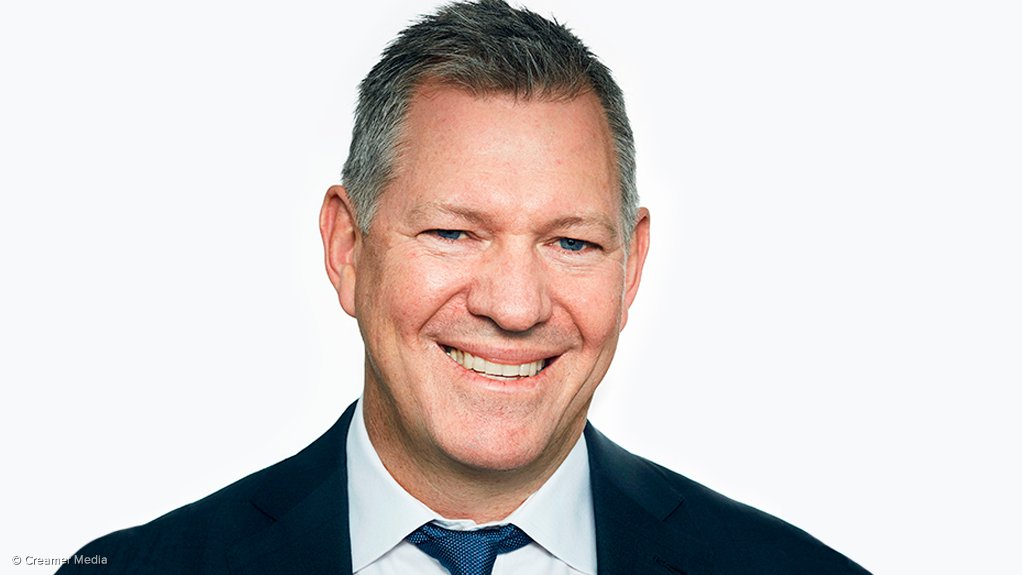 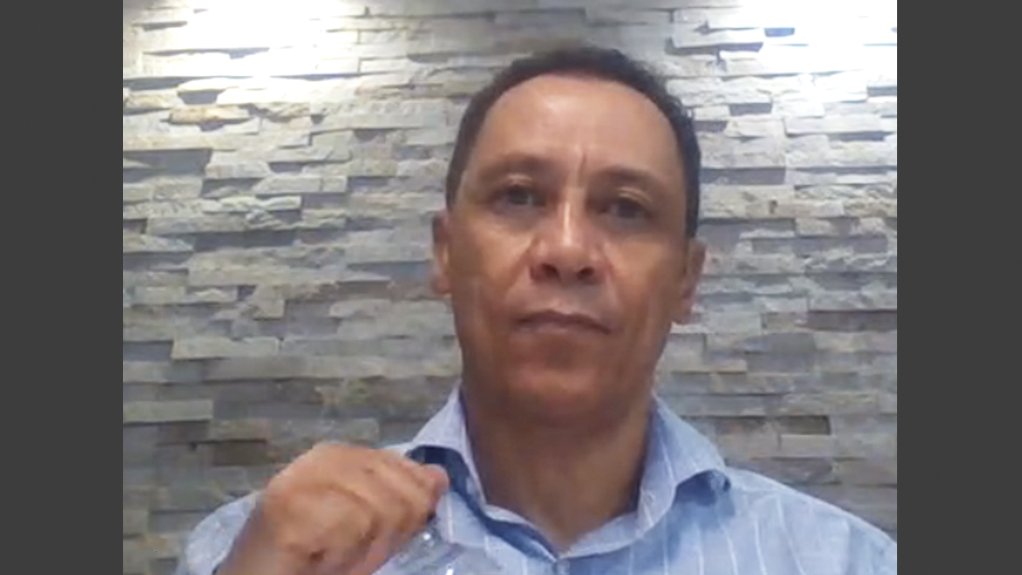 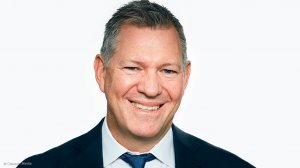 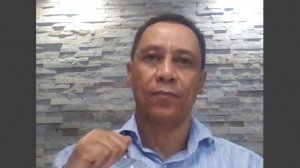 JOHANNESBURG (miningweekly.com) – South Africa’s emerging coal mining changes are poised to present new electricity price risk as the Treasury and Eskom are called upon to consider the softening of uneconomic contractual coal-supply obligations.

An example of this is Treasury being asked to authorise Eskom paying more to Seriti Resources for coal than the contractual arrangement with South32 stipulates.

Unless Treasury allows Eskom to release South32 from its R280/t coal contract obligation at Duvha power station and agrees to pay Seriti Resources R550/t, Seriti will not go ahead with the transaction, Seriti CEO Mike Teke made clear in a MS Teams interview with Mining Weekly.

South32 and Seriti want the duration of the contract to be cut to four years at R550/t, with Seriti agreeing that Eskom may invite public tenders thereafter, whereas the South32 contract with Eskom has a 14-year framework that extends to 2034.

If Treasury approves, the 10 000 000 t/y of coal involved will be sold at R550/t rater than the contractual price of R280/t, which would result in Eskom having to pay an additional R2.7-billion a year for the coal it buys for Duvha. Over four years, the additional amount Eskom would have to pay rises to R10.8-billion more than what is laid down in the contract signed by South32, which is also the long-standing beneficiary of very favourable electricity tariffs from Eskom at its Hillside Aluminium operation. Taken over the 14-year period, the additional amount could hit the R39.8-billion in accordance with an informed third party's contention that the R550/t would likely rise to R600/t from 2025.

On the need for a higher coal price, Teke told Mining Weekly that the higher coal price is needed to sustain the business and avoid closure: “It’s a question of how we sustain this business.” South32’s coal business, South African Energy Coal (SAEC), which Seriti is in the process of acquiring, employs about 4 500 own employees and 3 500 to 4 000 contractors.

South32 COO Mike Fraser revealed to Mining Weekly in an MS Teams interview that the ASX-and JSE-listed company has negotiating a new contract with Eskom for the payment of electricity it receives at Hillside Aluminium, and that approval is awaited from the National  Energy Regulator of South Africa for the improved level of payment.

“In the same way that we’ve now moved on a pricing arrangement at Hillside Aluminium, the coal business, without any movement from Eskom and ourselves, would not provide a solution, and you are going to find this business probably failing, because there is no alternative solution to closing the Seriti transaction, apart from potential closure of SAEC, and that would be devastating, not only for Eskom in terms of coal supply, but also for all of the contractors and employees who depend on it,” said Fraser.

“The price that we’re asking for the Duvha contract is very much aligned with what Eskom is paying for coal in the market, so we believe that it is very aligned to the market and should ensure the sustainability of that business.

Seriti is also involved in bigger picture negotiations with Eskom: “We are working with Eskom in terms of a package deal to offer them something beyond what is related to Duvha only,” said Teke.

Regarding the South32 transaction and what the company was paying for SAEC, Teke said: “We are not paying for these assets. They are paying us to take these assets. The commitment they are making to Eskom in terms of renegotiating their contract is the discussion that has been happening between the two of them."

African Source Markets CEO Bevan Jones said in response to Mining Weekly: “I understand that Duvha burns around a 22.50 – 23.00 GJ/mt calorific value coal. If we look at current spot market pricing for this type of material, based purely on export prices, a current price range would be around R550 to R600 per ton, free on truck or rail, in the Witbank area.

“However, current export SA coal prices are at an all-time high in rand terms. I very much doubt that this situation will last although, of course, the market has a way of proving everyone wrong. Thus, I would caution any buyer of entering into a term agreement longer than a year or two, because it is more than likely that coal prices will subside once more over the next couple of years," Jones stated in his emailed response.

Regarding the possibility posed by Mining Weekly of Eskom balancing the higher coal price it is being called upon to pay by South32 with South32 agreeing to pay more market-aligned electricity prices at Hillside Aluminium, Jones explained that his view was based purely on a stand-alone coal contract. "I am a market purist and believe contracts should be negotiated on their own merits, not relating them to other premiums or discounts received elsewhere,” Jones stated.

The opinion of XMP Consulting senior coal analyst Xavier Prévost is that if Eskom pays South32 R280/t contractually, that price is way off current Eskom prices for the quality of coal involved.

“If you see the Eskom monthly coal prices released recently, the latest price (average) is close to R500/t (in December 2020), and higher now probably,” said Prévost.

“I believe, regardless of the sale of South32 to Seriti, that as Eskom’s CEO says, the South32 supply to Duvha is essential for the power station, in quality, tonnage and reliability of supply. I would support the price increase,” Prévost reiterated.

In an emailed response to questions posed by Mining Weekly regarding the reason why Eskom is not holding South32 to its long-term coal supply obligations – and not, in turn, asking to be relieved of the low-prices it is contracted to ensure at Hillside Aluminium, Eskom spokesperson Sikonathi Mantshantsha said that Mining Weekly’s questions would not be answered because they dealt with confidential internal information and processes regarding transactions that had not yet been concluded.

“Public discussion of these ongoing negotiations regarding proposed transactions is not in the best interests of Eskom. Prematurely making these details of ongoing negotiations public can only be designed to irregularly influence and undermine crucial operational processes. Until finalisation of the due processes, Eskom will not be commenting on this matter,” Mantshantsha added.

The emailed response of the National Treasury media team, regarding Treasury's reason for not enforcing long-term coal supply contracts of this nature, was that clauses for dispute resolution, as well as remedies for non-performance, would be included in the contract between Eskom and the service provider. “Therefore Eskom would follow dispute resolution processes according to those clauses, and may include appointment of an independent arbiter.

"If that process fails then the matter can be referred to court. National Treasury may assist/facilitate an amicable resolution to a dispute. However, a decision to enforce or cancel a contract remains with the Accounting Officer taking into account all relevant factors,” the National Treasury media team stated in an emailed response.

If the Seriti transaction with South32 does not go ahead, Eskom coal suppliers still firmly in place include the JSE-listed Exxaro, which has already entered the renewable energy space in parallel with curtailed but still strong coal mining activities; the LSE- and JSE-listed Glencore, which has capped its coal supply and announced that it will deplete its existing coal assets rather than create uncertainty by disposing of them to others; as well as companies such as the JSE-listed Wescoal and the unlisted Menar, which has R7-billion worth of expansion plans that include low-cost coal offers to Eskom.

Also on the cards is the demerging of Thungela Resources from Anglo American, which will come up for approval on May 5.

Both Anglo and South32 are exiting thermal coal to meet important decarbonisation targets demanded by their shareholders as part of the crucial global climate-change mitigation process.

In publishing its 2020 Sustainability Report on April 14, Glencore showed firm progress towards achieving its net zero goal by exceeding its target to reduce Scope 1 and Scope 2 greenhouse-gas emission intensity by 5% in 2020, compared with the 2016 baseline, with a 13.2% reduction achieved. Its decision to not sell off or demerge its coal assets, but to rather deplete them itself, is presenting more certainty against the current background of coal mining changes not boding well for South Africa on the electricity price risk front and creating an urgent need for red tape around the generation of sun and wind energy to be totally eliminated.

This followed Anglo announcing on April 13 that it had delivered on its commitment to source 100% renewable energy for all its operations in Brazil, Chile and Peru.

A large number of countries are synchronising their energy sector with a growing international commitment to respond to the scientific call for a ‘flattening of the climate curve’ so as to prevent average global temperatures from breaching the 1.5 °C threshold above preindustrial levels that could trigger a climate catastrophe.

The upcoming COP26 Net Zero Summit in Glasgow in November is expected to demand the strongest measures ever to enforce effective global decarbonisation, and fears are growing that non-compliant carbon-heavy products may receive rough receptions in export markets and even suffer total boycott in very climate-committed countries.