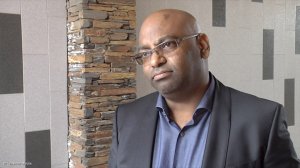 Referencing President Cyril Ramaphosa’s announcement of government’s plans for changes in education in his State of the Nation Address in February, Pather spoke to Engineering News at this year’s Cesa Presidential Visit, held in Midrand, Gauteng, pointing out that focusing on reinventing, retooling and reskilling in education would enable the consulting engineering industry and its stakeholders to embrace technology.

The role of 4IR in the local roads and transport environment would be significant, reiterated Gauteng Roads and Transport MEC Dr Ismail Vadi during the event. He noted that the ability to analyse data associated with transport systems would contribute immensely to the planning of infrastructure projects, which would create more jobs in the industry.

He mentioned that 4IR would require modifying the school curriculum to prepare students to use technological instruments provided for them. This would, in turn, contribute to the development of the country, particularly in the transport industry, he added.

“There’s scope for growth in Gauteng’s transport infrastructure. The key is to get the right skills set, which will improve our public transport system. If there is an efficient public transport system, this has a positive knock-on effect on the economy, as it brings about greater efficiency in terms of mobility for commuters and the general public,” Vadi said.

Pather further stated that more investment was required for the long-term planning of infrastructure projects, and that plans for projects should not be discarded if they were not ready to be implemented, but kept on hold until they were ready for implementation using the right resources.

“Government should rather design and prepare projects well in advance of the need. Rather have a good pipeline of work opportunities for consulting companies and design houses.”

This would provide stability for the market and an appropriate platform for younger generations of engineers to take advantage of and drive the South African economy, he added.

Pather emphasised that there should be a balance in meeting the needs of the public and private sector in infrastructure projects, as the private sector would want a return on investment.

“We need to make sure that we hold the private sector accountable – to not make exorbitant returns – with an element of fairness in terms of reward.”

Pather believes that public–private partnerships (PPPs) have gone awry in that inappropriate projects have been selected for PPPs. He maintains that the right people with appropriate skills need to be placed in these kinds of decision-making streams in order to assess the level of project preparation and select appropriate projects for presentation to the market.

He cited the current crisis at State-owned power utility Eskom, and that more attention should be paid to maintenance and making the correct decisions in terms of resilience, sustainability and implementing the most cost-effective solution for the life cycle of an asset.

“It’s really the 30-year life span that needs to be evaluated and, unfortunately, the only people who can articulate those decisions are technically skilled people. Right now, we’re not seeing enough technically competent people in the correct positions in government to properly evaluate the proposals being put forward by engineers like myself and other companies,” he concluded.