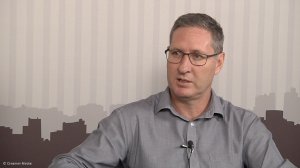 Having initially exercised some restraint in his retention of Dipuo Peters as Energy Minister from May 2009 to July 2013, former President Jacob Zuma grew increasingly agitated by the lack of nuclear progress and made several changes in relatively quick succession. Ben Martins, Tina Joemat-Pettersson, Mmamoloko Kubayi-Ngubane and, most recently, David Mahlobo, followed. Now President Cyril Ramaphosa has appointed the very senior Jeff Radebe to the post, making Radebe the country’s sixth Energy Minister in five years.

The Minister’s first priority is, thus, clear. He has to reinforce the message that nuclear is unaffordable and is not on the cards. Given that Radebe is perceived as being part of the ‘renewal’ cohort of Ramaphosa’s ‘unity and renewal’ Cabinet, this message (which had not been relayed at the time of writing) has most probably already been delivered.

With nuclear out the way, what’s next?

Radebe would do well to reaffirm government’s support for South Africa’s Independent Power Producer Procurement Programme, which has delivered more than 60 projects to date, while simultaneously facilitating a material decline in renewables tariffs. He can deliver a quick win by overseeing the signing of the 27 power purchase agreements that have been illegally delayed by Eskom.

Then the Minister must turn his attention to sorting out the mess at the Central Energy Fund (CEF) group of companies. A good place to start would be to accelerate and conclude the probe into the Strategic Fuel Fund’s illegal stock sale and to charge the culprits. However, all CEF companies are in need of care and governance reform and, without decisive action, they present a fiscal risk.

Fourth, Radebe would do well to embrace calls for an inclusive engagement on the electricity industry’s so-called ‘end state’. Naturally, these discussions will come down to Eskom’s role and, thus, will be led by Public Enterprises Minister Pravin Gordhan. Nevertheless, Radebe should ensure that all energy stakeholders have a voice and are heard.

Fifth, there is an urgent need to update the Integrated Resource Plan (IRP), which is sorely out of date. However, any new IRP base case should be derived from an unfettered techno-economic assessment. If government then decides to deviate from the least-cost outcome, the costs and benefits should be clear for all to see.

Sixth, there is a need to build capacity and rebuild morale at the Department of Energy itself, which has not emerged unscathed from the recent leadership volatility.

The Minister must also recommit to the goal of universal electrification by 2025. In doing so, he should emphasise the important role that off-grid solutions can play in connecting the 10% to 15% of households that still do not have electricity.

Eighth, Radebe should ensure that his department adopts a more integrated view of energy and climate change, as well as energy mobility. Such an approach is critical if South Africa is to make affordable and sustainable choices in the areas of generation, liquid-fuels and water security.

Likewise, an integrated view is needed on the role that energy should play in facilitating investment. Here, the price path, together with energy sector regulation, plays a critical role.

Finally, Radebe would do well to align himself fully with the energy transition under way globally so as to position South Africa, which has formidable solar and wind resources, as a full beneficiary of the shift.

Video Clip: Creamer Media's Chanel de Bruyn speaks to Engineering News Editor Terence Creamer about what Jeff Radebe’s appointment as South Africa’s new Energy Minister is likely to mean for the energy sector, as well as the immediate issues the Minister needs to deal with.