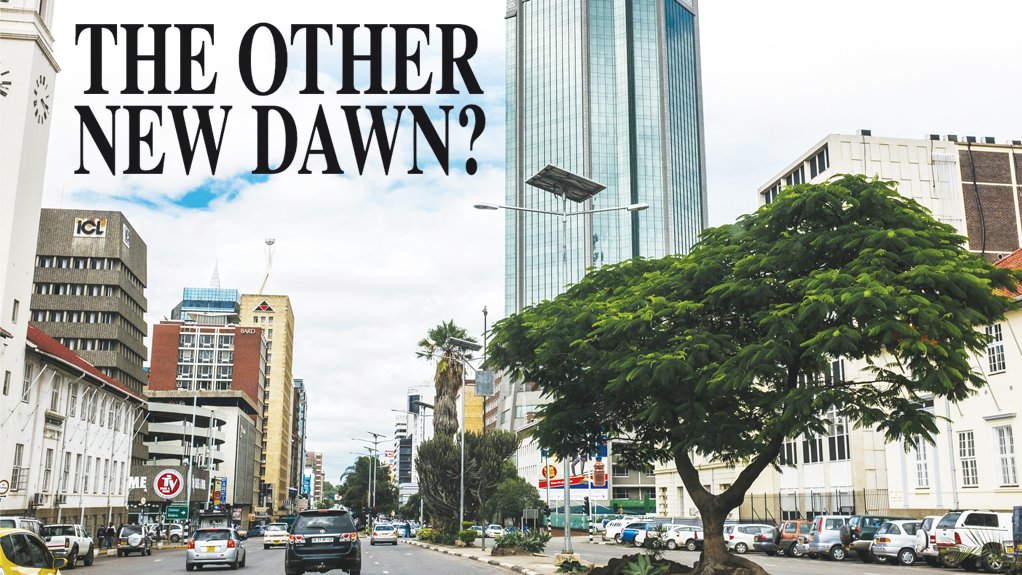 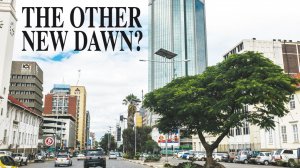 Robert Mugabe may no longer be at the helm of Zimbabwe Inc, but the mess he created over his 37-year rule remains – the country’s infrastructure is, for the most part, in a sorry state, its economy is moribund and unemployment has reached ridiculously high levels, with figures as high as 90% often cited by commentators.

While the jury is still out on whether the military-assisted change of the guard that occurred in November will set Zimbabwe on the path to recovery, the new administration is convinced that, with copious injections of foreign direct investment (FDI), the once thriving country will be able to regain its former glory.

With this in mind, the country’s new leader, Emmerson Mnangagwa, pledged at his November 24 inauguration as President to immediately bring the country back into the international fold, thus broadening the country’s engagement with the world’s major economies beyond what was envisaged under Mugabe’s ‘Look East’ policy, adopted when relations with the West began to grow cold as the once-revered statesman became increasingly repressive of political dissent. Since then, Mnangagwa’s oft-repeated mantra has been that “Zimbabwe is open for business”.

INVESTMENT ENQUIRIES
This message appears to have been well received by the international investment community. “We have experienced a surge in both the numbers and quality of investment enquiries since the [dawn] of the new dispensation,” Zimbabwe Investment Authority (ZIA) head of operations Sichoni Takoleza says in an emailed response to an Engineering News enquiry, adding that most of the potential investors are based in the European Union, the UK, the United Arab Emirates and the US, with South African, Indian and Chinese entities also having shown strong interest. The high-tech, renewable-energy, manufacturing, agrobusiness, healthcare and mining sectors have hogged the investor interest.

According to the ZIA – a statutory investment promotion body – FDI approvals, mostly for manufacturing and mining ventures, declined from $3.2-billion in 2015 to $2.3-billion in 2016 and $1.5-billion in 2017. But Takoleza expects a significant uptick this year, owing to the new policy shift, which has included moves to amend investor-unfriendly laws like the Indigenisation and Economic Empowerment Act so that the requirement for black citizens to hold at least a 51% stake in business ventures is confined to the diamond and platinum mining sectors.

Entities from South Africa, Zimbabwe’s largest investment and trading partner, comprise a significant proportion of the potential investors who have lodged enquiries with the ZIA.

Among the first South African companies to respond to the call to scout out the investment opportunities in post-Mugabe Zimbabwe is tycoon Robert Gumede’s Guma Group, which announced in January that it planned to invest $1.2-billion in the country – in sectors ranging from infrastructure development to energy, healthcare, tourism, financial services and information and communication technology.

Guma, however, is no newcomer to Zimbabwe, as it already has investments in the country’s tourism sector, which comprise a helicopter service and two lodges in the north-western resort town of Victoria Falls. Gumede told Zimbabwe media in January that Guma would seek partnerships with Zimbabweans in any venture it might invest in.

South African State-owned freight logistics group Transnet has also hopped on the bandwagon, joining forces with a Zimbabwean-diaspora-owned entity called Diaspora Investment Development Group (DIDG) to help recapitalise the parastatal National Railways of Zimbabwe (NRZ). Last month, the Transnet-DIDG consortium handed over to NRZ seven locomotives, five passenger coaches and 151 wagons in a six-month lease deal that may be renewed. Full delivery to NRZ – whose freight capacity declined from its 1998 peak of eight-million tonnes a year to 2.8-million tonnes last year – will eventually include 24 mainline locomotives and hundreds of other rolling stock units as part of the country’s $400-million rail recapitalisation push.

LINGERING DOUBTS
Despite the new mood of optimism engendered by the recent leadership changes and the new administration’s pledge to jettison investor-unfriendly policies, questions linger about whether Zimbabwe is indeed undergoing a rebirth that will see it become a serious contender for investor dollars. Harare-based independent economist John Robertson is one of those who have tempered their optimism with a degree of caution.

“There has definitely been a big change in thinking in government and in Cabinet, but we have yet to see this translate into action by, for example, amendments to the Constitution and the law,” Robertson tells Engineering News, highlighting that major investment dampeners include government’s constitutional right to acquire land without compensation and the Indigenisation and Act, as well as laws that make it difficult for companies to retrench workers, even when economic imperatives demand this course of action.

Robertson is not mollified by the new stance on the percentage shareholding that foreigners and nonindigenous Zimbabweans may now hold in ventures in sectors other than platinum and diamonds – announced by Mnangagwa himself on his first visit to South Africa as State President, in December – and the planned extension of 99-year leases on agricultural land to foreigners and non-black citizens. “Presidential statements do not become law; unless what the President has said becomes law, there will be uncertainty, and investors do not like that,” he says.

Robertson believes that only a repeal of the State’s constitutional right to acquire land without compensation, and not the introduction of 99-year leases, will attract investment into the agriculture sector, which is the country’s economic mainstay, but has shrunk considerably since 2000, when Mugabe started seizing white-owned farms for redistribution to blacks. Ostensibly undertaken to redress land dispossession during colonial times, the redistribution programme was derided by Mugabe’s detractors as a means of rallying support when the most formidable challenger to his rule emerged in the form of the late Morgan Tsvangirai, a former trade unionist who helped found the Movement for Democratic Change (MDC) in 1999. Tsvangirai died at a Johannesburg hospital last month after a long battle with colon cancer.

“Government says the 99-year leases are bankable, but the banks are saying they are not, as the provision for land acquisition without compensation still exists in the Constitution. That destroys the collateral value of the leased land, and that means you cannot use that land to borrow money from the banks to finance agricultural activities,” highlights Robertson.

Tony Hawkins, who, until three years ago, was an economics professor at the University of Zimbabwe Graduate School of Management but now runs his own consultancy in Harare, concurs with Robertson, stating: “With respect to the 99-year leases, the position is that they have been around for a couple of years now, if not more, but have not been given to white farmers. There is a problem with them in that the banks are still reluctant to grant loans for farming purposes when the leases are used as collateral, partly because there is legal confusion. Many of the farms are still owned legally by white farmers [who were kicked off their land] but who still have the title deeds. So, the question being asked is: ‘How can you have a 99-year lease on a farm owned by someone else?’ That aspect needs to be sorted out.”

If the legal concerns around land owner- ship are addressed, problematic laws are amended to make them more investor friendly and recently announced policy changes are translated into concrete laws, Robertson believes that Zimbabwe will once again become an attractive FDI destination. “The risks that all these issues pose are political, which many investors are not prepared to take – government should deal with them,” he says. There are other risks as well, but these are nonpolitical in nature, such as cash shortages, which have hit businesses hard. But Robertson avers that, if local banks can provide “satisfactory” collateral, they will be able to get lines of credit from outside the country, which will help ease the problem.

Zimbabwe was for years known as the ‘Breadbasket of Africa’, but Hawkins says it will be difficult for the country’s agriculture sector to regain its former status, even if the “confusion” concerning the 99-year leases is resolved. “A big problem with agriculture is land availability; much of the land has been allocated to small-scale farmers and government is unlikely to say to them: ‘Move off the land because we want to bring in a commercial farmer from South Africa.’ That is unlikely to happen.

“There is also the issue of the effects of climate change, which is not specific to Zimbabwe, but affects the whole region. Those considering the agriculture sector will have to invest heavily in irrigation infrastructure and equipment, which, obviously, affects the unit cost of production,” he tells Engineering News.

DEVIL IN THE DETAIL
Hawkins, however, says that mining, tourism and infrastructure development offer better prospects for investment, but hastens to add that government needs to spell out more specifics of its push to attract FDI – beyond announcements concerning the retraction of the 51%-indigenous-investment rule. “The specifics are, for the most part, missing,” he says.

Zimbabwe has a sizeable mineral endowment that includes platinum reserves, whose quantity is surpassed only by South Africa’s, chromite, iron-ore, coal, nickel, vanadium, diamonds, lithium, asbestos and vermiculite. The tourism sector also has immense potential, as does the infrastructure sector, which has been largely neglected for years and where government is a significant role-player. The major infrastructure subsectors calling out for investment are rail, roads, airports, energy infrastructure and telecommunications.

Hawkins, however, does not believe that Zimbabwe – being a landlocked country located hundreds of kilometres away from seaports – lends itself to manufacturing, unless the manufactured goods are intended for the domestic market, which, at $18-billion, is quite small, or for export to neighbouring countries such as Botswana, Mozambique and Zambia. But should the focus be the regional market, the manufactured products would need to be competitive against products from countries like China and India, and even South Africa.

According to Hawkins, another factor that may detract from Zimbabwe’s attractiveness as a manufacturing site is Cyril Ramaphosa’s well-received election as South Africa’s new leader, replacing Jacob Zuma, whose administration had become so discredited that the country’s investment appeal waned. “So, a potential investor targeting Southern Africa may have to choose between Zimbabwe and South Africa, and South Africa has many advantages to offer, compared with Zimbabwe,” he says.

Takoleza, however, insists that, because of its geographic position, Zimbabwe is an ideal location for export-orientated businesses “looking to penetrate the rest of Southern Africa and the Common Market for East and Southern Africa”.

Observers have wondered why the new administration in Harare is not moving fast enough to provide the specifics that Hawkins would like to see or to translate into law the announcements made to date that, according to Hawkins, have created “a positive psychological atmosphere”. Robertson puts the slow progress down to a preoccupation with general elections due by July. But, with the MDC in disarray following Tsvangirai’s death last month, popular sentiment is that Mnangagwa and his Zanu-PF party will romp to victory.

For Hawkins, the real test is whether Mnangagwa, assuming he wins the upcoming elections, will be bold enough to take unpopular decisions such as privatising the country’s electricity parastatal, which may drive up tariffs. Should moves like this be taken, then the investment community will know for sure that Zimbabwe is open for business.