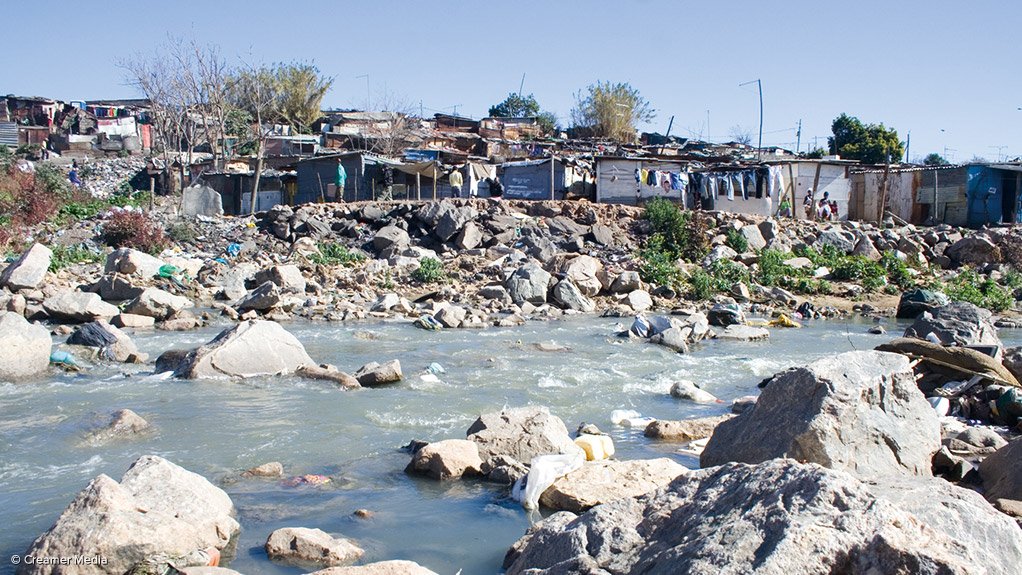 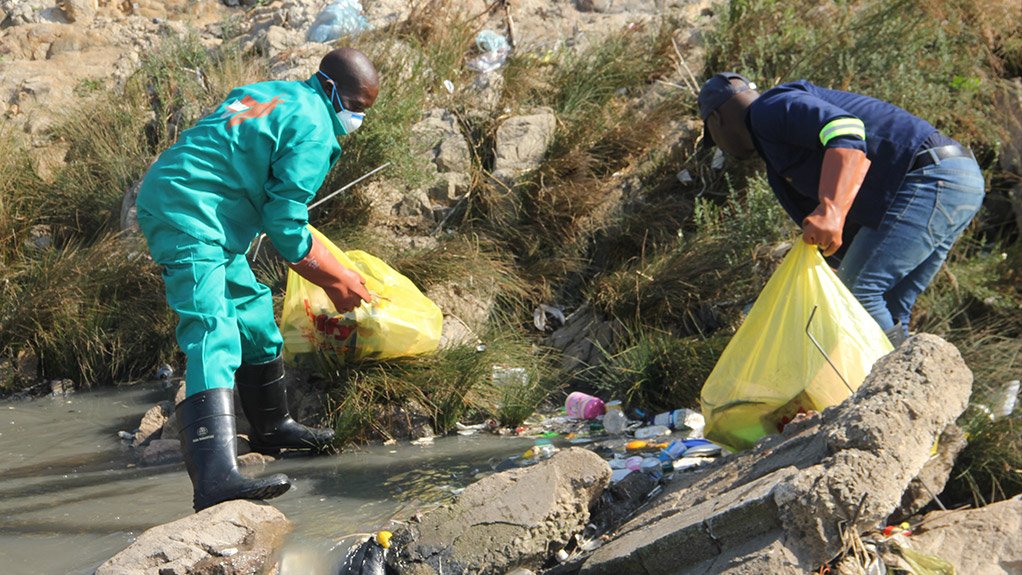 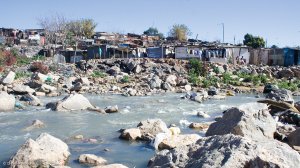 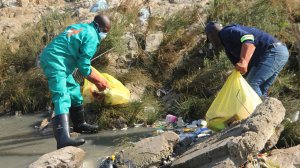 SUSTAINABLE ENVIRONMENT The Department of Water and Sanitation's cleaning of the banks of the Jukskei river formed part of the National Water Week and the City of Johannesburg's clean-up campaign, A Re Sebetseng
CLEAN-UP Members of the community last month joined hands to clean the Jukskei river where it runs in the vicinity of Alexandra township

The Department of Water and Sanitation (DWS), in partnership with the South African Local Government Association (Salga) and the Department of Cooperative Governance and Traditional Affairs, held a water and sanitation training workshop for provincial councillors in January at Salga’s offices in Musgrave, Durban, KwaZulu-Natal.

“The aim of the workshop is to equip councillors with tools and knowledge in order to appropriately perform water and sanitation functions within municipalities, as well as to consult water services authorities on the National Water and Sanitation Master Plan and further discuss the municipal bulk water supply debts,” explains DWS spokesperson Sputnik Ratau.

He says the workshop forms part of developing the capacity of local government officials to effectively perform the water and sanitation functions and to improve the quality of services provided to communities in the province.

“The workshop is targeting councillors chairing water and sanitation committees and officials responsible for the provision of water services within municipalities.”

Meanwhile, the DWS, the City of Johannesburg (CoJ), Shomang Sebenzani Development Initiative and members of the community last month joined hands to clean the Jukskei river, in the vicinity of Alexandra, north of Johannesburg, to encourage sustainable water resource management.

The joint effort to clean the banks of the river formed part of the National Water Week and the CoJ clean-up campaign, known as ‘A Re Sebetseng’. The yearly observance of World Water Week focuses attention on the importance of freshwater and advocates for the sustainable management of freshwater resources.

“The clean-up campaign in Alexandra was important as it coincided with International Water Week, which is vital that sustainable water resource management is encouraged,” says DWS Gauteng acting head Dr Konanani Khorommbi.

He notes that the theme for this year focuses on the role of water in eradicating poverty and underdevelopment. If water becomes polluted, people are not able to engage in economic activities to support themselves.

“We know that South Africa is a dry country and that most of our resources available are polluted. So, this puts us at risk of one day not having enough water to use,” Khorommbi adds.

He states that ecosystems in South Africa are shrinking, reiterating that the little that the country has needs to be looked after to ensure that whatever the country has today, future generations will be able to enjoy.

“We ask communities to clean the places where they live and I am happy to hear that President Cyril Ramaphosa is calling on people to clean their environment. “The cleaning of the Jukskei river is important for the health of the people who live around this river,” says CoJ councillor Shadrack Mkhonto.

Mkhonto says the clean-up campaign was to encourage communities to be involved in the cleaning of their environment and not to rely on the city to do the cleaning.

“It is therefore our call that cleaning the rivers should not just be a once-off thing. We believe that it is everyone’s responsibility that wherever they stay they need to look after their environment,” Khorommbi concludes.