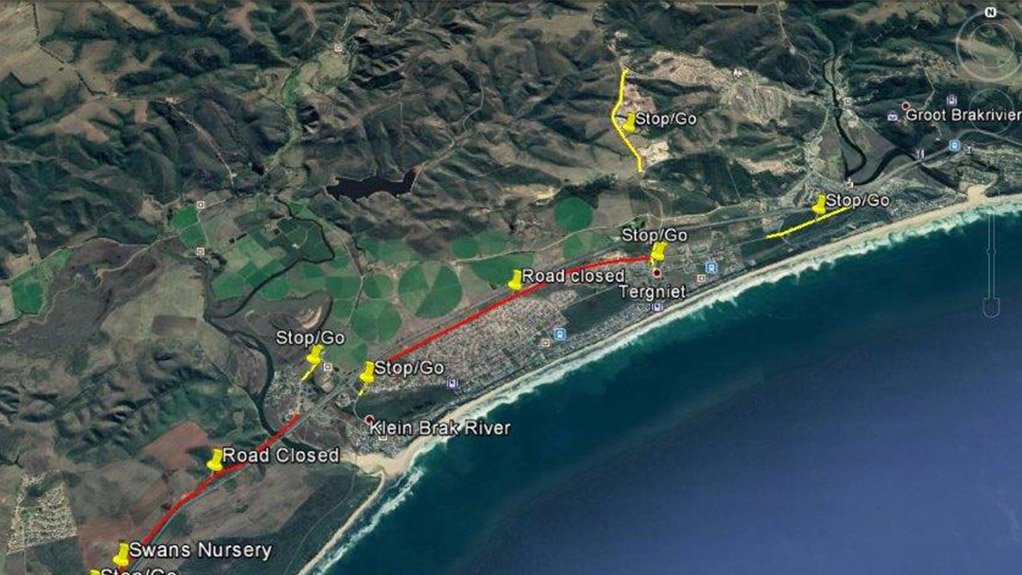 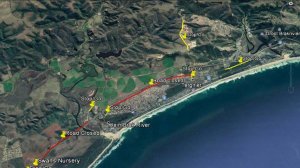 The Western Cape Department of Transport and Public Works (DTPW) on Wednesday said its R182-million project to upgrade the R102 between Hartenbos and the Great Brak River, as well as the DR1578 between Tergniet and Wolwedans, would be completed by mid-2020.

A number of construction activities are being undertaken simultaneously, with stop/go controls implemented to manage the flow of traffic where necessary, the department added.

The stop/go controls will be reintroduced on the R102 between the Long street intersection at De Dekke in Great Brak River and Tergniet to allow half-width construction. Both lanes will be reopened by mid-March 2020, the DTPW confirmed.

Additionally, stop/go controls will be put in place on the DR1578 road between the N2 bridge crossing and the Freimersheim road intersection. Both lanes will be reopened by mid-March 2020.

The DTPW on Wednesday also advised that the stop/go signs would be necessary when the upgrading of the link road between Impala road and the R102 at Tergniet begins, as well as when the Impala road and R102 intersection at Fraaiuitsig is upgraded.

When the reconstruction of the R102 between the new culvert at Riverside and the T-junction begins, stop/go signs will also be implemented.

With regard to road closures, the DTPW on Wednesday noted that the road between Monte Christo intersection and Riverside would be closed for remedial works on the Little Brak River bridge.

Only local access will be permitted for the Swans Nursery and the people living along the south bank of the little Brak River.

It is expected that this road will be reopened by mid-June.

The R102 between the Tergniet and Impala road intersections at Fraaiuitsig will also be closed for roadworks, with local access permitted for residents of Rheebok Village Estate and Groenkloof.

It is expected that this road will be re-opened by mid-March.

Meanwhile, final seal surfacing may only take place in the warm months between September and April, the DTPW advised, adding that the work would be completed in two phases.

“When this process begins, half-width construction with stop/go controls will be necessary,” the department said.

The first phase of resurfacing will take place between January 29 and mid-April, and the second phase between mid-August and December 13.