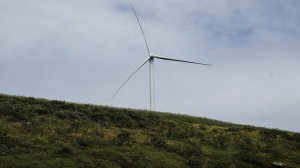 The Drakenstein municipality in the Western Cape – encompassing Paarl, Wellington, Mbekweni, Gouda, Saron, Hermon and Simondium – reports that it is exploring the procurement of electricity from independent power producers (IPPs) to mitigate the negative impact of ongoing load-shedding by Eskom.

Executive Mayor Alderman Conrad Poole reports that, working together with the Western Cape government, Drakenstein is investigating a combination of renewable energy resources, such as solar and wind, as well as using gas instead of electricity.

The municipality has identified five potential wind and solar projects with a combined capacity of 135 MW, some of which have been identified as possible pilot projects under the Western Cape’s Municipal Energy Resilience (MER) programme.

Drakenstein is one of six Western Cape municipalities participating in the MER project, which has been set up to facilitate the development of projects to take advantage of recent changes to the country’s energy regulations, empowering municipalities to purchase energy directly from IPPs.

“In April this year, council resolved that tenders will be issued to solicit proposals from independent power producers to generate and supply alternative energy to Drakenstein municipality,” Poole said in a statement.

Two projects in Drakenstein have been identified as possible ‘pioneering’ projects by the MER team, one of which could be pursued jointly with a number of other municipalities.

The municipality has also applied for grant funding to install solar panels on municipal buildings.