DoE to approach small power producers for REIPPPP before year-end 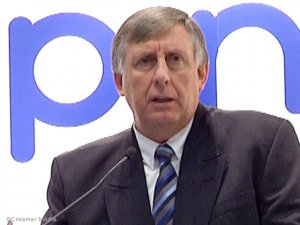 The Department of Energy (DoE) will, before the end of this year, advertise for small power producers, with projects under 5 MW, to participate in its small-generator programme under the Renewable Energy Independent Power Producer Procurement Programme (REIPPPP), DoE deputy director-general of energy for programmes and projects Dr Wolsey Barnard said on Tuesday.

Speaking at the Power & Electricity World Africa conference, in Sandton, on behalf of Energy Minister Dipuo Peters, he noted that the small-generator programme was designed to stimulate participation of small and emerging project developers.

Further, he reiterated that the second bid window of the REIPPPP, which represents about 1 200 MW of renewable-energy capacity and an estimated investment value of R28-billion, would reach financial close at the end of this month.

Barnard noted that the third and last window, which totalled about 1 000 MW of capacity, was also still open for bidding. This window would include a concentrating solar power allocation and was expected to close in August.

He said good progress had been made with most of the successful bidders in the first bid window. In January, construction started on most of the 28 renewable-energy projects, which would reach a total capital cost of R47-billion.

Meanwhile, Barnard pointed out that the DoE’s solar water heater (SWH) programme had been fairly successful in increasing the uptake of SWHs in the domestic sector; however, the department remained concerned that the penetration in the high-consumption electricity market had been lacklustre.

He attributed this to the high capital cost of installing high-pressure SWH systems.

The DoE’s SWH programme was aimed at the installation of one-million units between 2009 and 2014. With the first phase complete, the department was currently in the process of finalising contracts for the second phase to install the remaining 650 000 units, with a localisation target for tanks and auxiliary equipment of 70%.

“We will also intensify our efforts aimed at the development of an Integrated Resources Plan for the [SADC] region,” Barnard said.

His statement came on the back of the signing of a memorandum of understanding between South Africa and the Democratic Republic of Congo in working towards sustainable African partnerships to develop strategies for low-carbon economies and interconnected energy systems in the region.

Further, a skills shortage was also plaguing South Africa and the rest of the continent, particularly in the energy sector, and the engineering and science fields.

“We cannot successfully implement multibillion-rand projects in the absence of a trained, stable and skilled labour pool,” Barnard said, urging the private sector to collaborate with government in finding amicable solutions to deal with the skills challenge.

He suggested that such solutions could include offering scholarships for undergraduate and postgraduate energy-related studies, as well as international exchange programmes.

“The entire energy sector is in dire need of specialised skills. The work of the DoE, Department of Higher Education and Training, the sector education and training autorities and industry role-players needs to be accelerated.”

Barnard added that there was a great need to unlock entrepreneurship opportunities in the energy sector and that the sustainability of such ventures was largely reliant on mentoring and coaching provided by experts in the sector.

The State-owned utility currently produced more than 50% of South Africa’s carbon dioxide emissions and, if all went according to plan, the Integrated Resources Plan 2010, which focuses on renewable-energy sources and nuclear up to 2030, would enable a 34% reduction in the country’s carbon emissions.

He said energy efficiency could serve as a driving force behind economic development, job creation and competitiveness in South Africa.

In South Africa, nine of the thirteen industrial sectors are more energy intensive than their peers elsewhere, which created good opportunity for increased efficiency and new technologies.

At household level, there also existed opportunity for improved energy efficiency. However, Eskom had, through its demand-side management (DSM) programme achieved good results since the inception of the initiative in 2004, with 3 400 MW having been saved.

“We are finalising the results [of the savings made under the DSM programme] for this financial year and 550 MW has been saved [provisionally] through our DSM programme,” he told delegates.

He noted that renewable energy, on its own, would not be able to service the power requirements of the future, adding that this indicated the need to foster an energy efficient lifestyle among consumers and generations to come.  Similarly, more attention would have to be afforded to energy efficiency in the planning of cities and infrastructure going forward.