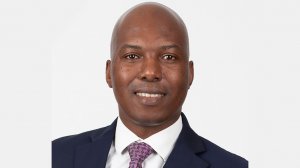 The FSU will offer offshore, as well as onshore, logistics with ship-to-ship transfers for international trading ships and LNG “milk runs” within South Africa.

DNG in October received final authorisation from the Transnet National Ports Authority to begin the bunkering operations in the Port of Coega, in the Eastern Cape. The licence opens the way for the company to deliver LNG in South Africa as early as 2021.

The next steps include completing terminal infrastructure at Algoa Bay, where the hub will be situated, and finalising delivery of the storage and bunkering equipment.

About 1 000 people will be employed during the construction period, with commercial production anticipated for mid-2021. From here, DNG expects to start operating its gas infrastructure and supplying its customers, “wherever they may be”.

In conversation with Engineering News and Mining Weekly, group CEO Aldworth Mbalati enthuses that the company has “collated all the resources” to start offering LNG bunkers to the rest of the world next year and to sell LNG to the local market through the company’s smart LNG solution.

The solution, he explains, incorporates technology to store the LNG in either containers approved by the International Organisation for Standardisation, road tankers or mobile storage units that can transport LNG from DNG’s storage facilities to a customer’s site, where the customer then “gets to use that LNG in a gas format for their own applications”.

The bunkering hub is a positive outcome for both the company and South Africa, as the country is poised to become a premium LNG bunkering hub in the southern hemisphere, Mbalati says, noting that it will also benefit “the rest of the world” by providing a geographically positioned pit stop of sorts for refuelling purposes.

Mbalati explains that, since shipping vessels can only transport a certain amount of containers, a pause at DNG’s bunkering hub to refuel will mean that vessels will require less fuel for the initial trip, meaning that more cargo can be transported on route to its final destination.

"Not only has the consumer benefited in terms of getting containers back at a cheaper price because you are able to load more, but it means that less carbon is burned, leading to less carbon emissions being emitted," he elaborates.

“It is compounded by the fact that LNG, on its own, has up to 60% fewer carbon emissions”, compared to other fossil fuels.

This “winning solution” will further benefit South Africa as it will position the country to earn foreign exchange from selling LNG to the rest of the world, while also attracting other services that are associated with ship handling – such as servicing, food and water, and even crew changes.

Additionally, the project will also act as a precursor to enabling LNG to be a player in the industrial market (like energy) in South Africa.

“That is the benefit that we now have in bringing [DNG Energy] the joy of fulfilling its dream of supporting our people in terms of bringing cheaper, cleaner and more efficient fuel [to their doorstep].”