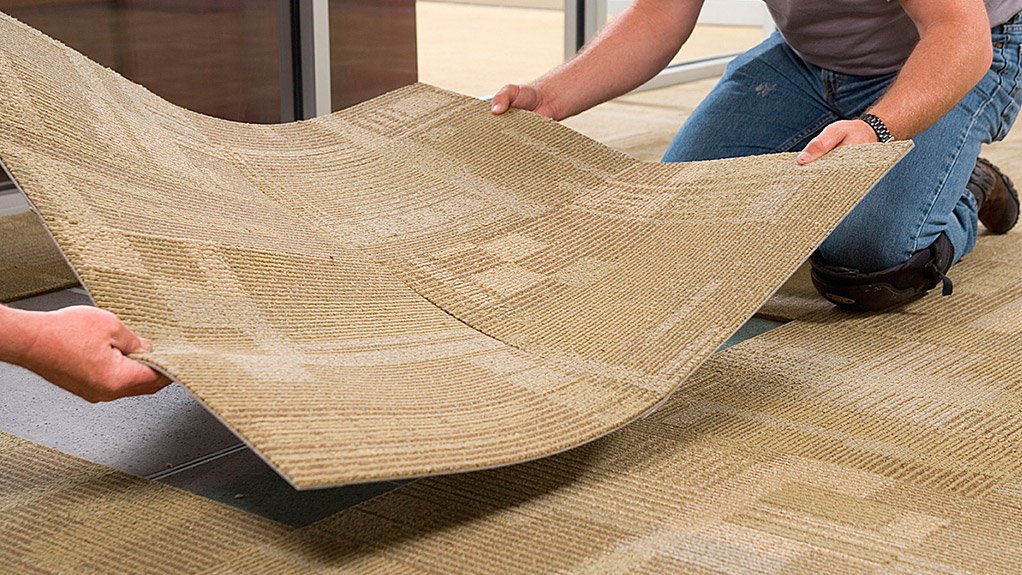 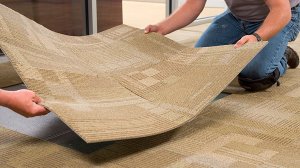 Global modular flooring manufacturer Interface announced in July last year that it had developed the first biobased backing for carpet tiles, which has now passed all European performance and quality tests, including low volatile organic compounds and high dimensional stability. The ‘green’ products are expected to reach South African markets in the second quarter of this year.

Interface flooring is exclusively distributed in South Africa by flooring installation company KBAC Flooring, which has operations in Johannesburg and Cape Town.

KBAC Flooring’s Johannesburg branch Interface sales and technical consultant Lesley Fidrmuc says the announcement from Interface is the latest ‘green’ initiative from a company that has, for decades, consistently led the way in sustainable flooring.

“The materials for the biobased backings are sourced from biological and renewable resources, such as pine resin and recycled old carpet tiles. The announcement of the biobased backing breakthrough from Interface follows successful trials of a biobased com- pound developed by Interface and the Wageningen University and Research Centre’s food and biobased research, in the Netherlands, coupled with a recent investment of about R80-million in a flexible, raw materials conversion installation at Interface’s Scherpenzeel factory, in the Netherlands,” Fidrmuc states.

As part of the investment, Interface has also created a dedicated research and development team focused on environment-friendly compound development. Interface expects the biobased backing to be available within the next 18 months and intends on introducing it across its European, Middle East and Africa (EMEA) product ranges.

The biobased backing will be welcomed by South African interior designers and property developers who are increasingly specifying ‘green’ building product, Fidrmuc comments.

Interface says in its announcement of the development of the biobased backing, that the company does not intend on concentrating on one particular recycled or biobased raw mate- rial to produce the ecofriendly carpet tiles backing, but instead is creating “a flexible manufacturing process that allows a range of recycled and biobased materials as inputs and outputs of the system”.

Alongside this new development, Interface is continuing its partnership with synthetic fibres producer Universal Fibres to progressively switch the use of virgin nylons for those with increased biobased content.

Since 2011, when Interface developed the first carpet tile with biobased nylon, the company has made significant investments in expanding its manufacturing capabilities for using bio-based materials.

Interface piloted a biobased formaldehyde- free glass fleece two years ago and has sold two-million square metres of carpet tiles with this backing in the EMEA market. It is now progressively switching its entire European port- folio to this new type of glass fleece, which is used as carpet tile backing reinforcement.

“These biobased breakthroughs are all crucial steps toward Interface’s mission to cut the company’s dependence on oil for flooring production by 2020. At present, 50% of the raw materials used to make Interface flooring products globally are either recycled or biobased,” Fidrmuc adds.

Interface’s goal is to achieve a 100% recycled or biobased portfolio by 2020, and these latest biobased innovations will take the company even closer to this goal.

Interface has emphasised that it is not using biobased materials that compete with the food chain.