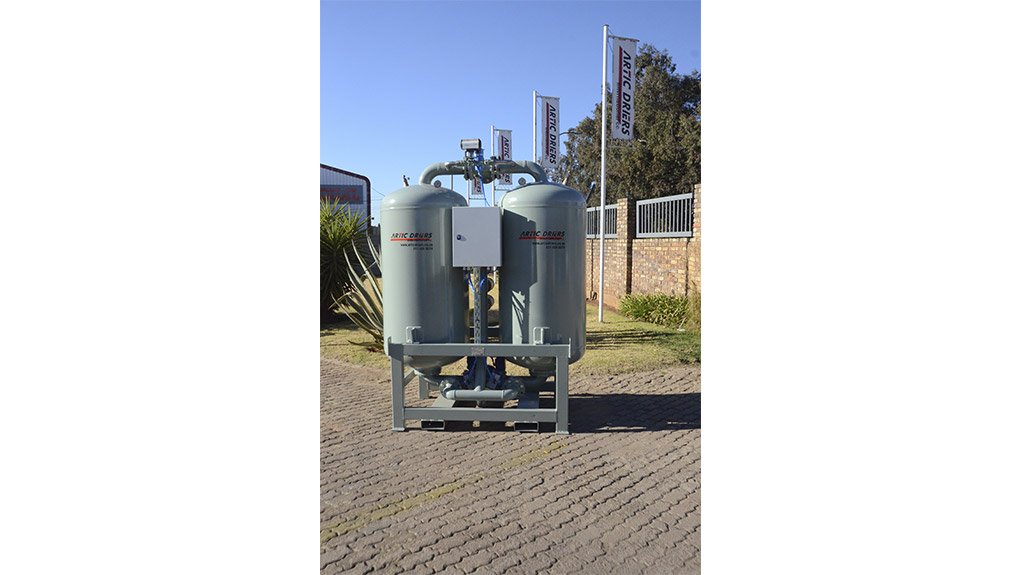 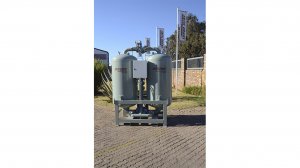 SAVINGS IN THE AIR Artic Driers can rebuild many old air dryers sold by certain manufacturers. This will make them more energy efficient and generally cost-effective

Owing to the struggling South African economy, as well as the general need for companies to reduce energy costs in operational processes, the demand for compressed-air auditing has increased over the past two years, says compressed-air products suppliers Artic Driers CEO Allen Cockfield.

A significant reason for this is that compressed air is an expensive form of motive power, at R0.12/m3 as an average cost to a company.

It is estimated that, on average, 15% of a company’s energy bill is spent on manufacturing compressed air, he highlights.

“Air, along with steam, are the only two forms of motive power produced on site. Air is also the most used, abused and misused. It’s commonly accepted in the industry that 15% of all air produced is wasted through leaks – and that will cost you a lot of money. Energy efficiency is one of the ways through which a company can increase its bottom line,” Cockfield explains.

Many companies have air compressors operating at a full load throughout the year, particularly with multiple compressors running, and this would increase not only the pressure on energy use but also maintenance costs.

While South Africa lags behind the more developed regions, such as Europe, in terms of technological energy efficiency, Cockfield enthuses that progress is being made, particularly with the increased use of variable-speed drives (VSDs) and magnetic drives in managing energy loads and allowing for energy savings.

Cockfield adds that varying voltages in power supplies can cause complications with the control system of a VSD used in an air compressor.

“Our air auditing services revolve around minimising those losses. Clients can save money allowing us to identify where leaking air is. We can analyse a system very accurately and work out how much air is being wasted using ultrasonic leak-detection equipment and the simultaneous use of a thermal mass flow meter.”

An air audit aims to reduce pressure losses and energy wastage. It involves surveillance of a room in a plant, during which compressors, pipeline pressures within compressors and the piping’s ability to distribute compressed air efficiently are monitored.

The auditing process can be fairly expensive, depending on the size of the plant being audited, owing to the equipment used and the in-depth knowledge and training of air-treatment equipment required.

However, Cockfield emphasises that a company using these audits would make a return on investment within an average of three months, owing to the savings on energy and maintenance.

While demand for these audits is increasing, Cockfield reiterates that few companies are offering similar air-auditing services. Considering this, and how extensive a process auditing is, in the industry, generally, employees who have sales responsibilities will often also be required to do audits. He emphasises that the amount of auditing done by this kind of employee needs to be equal to what that employee would have made in selling equipment.

“Our biggest advantage is our core competence and length of service from people in the company. “The average employment period here is eight years. We have the knowledge and equipment, and can offer a more in-depth solution to a problem for most other companies,” he stresses.

Cockfield enthuses about the positive market response the company has had to its rebuild programme for older air dryers, which began early last year.

“Some of these larger machines, if purchased as new, would cost more than R500 000. If rebuilt, you end up with virtually a new machine for half the price. It’s a growing part of our business.”

He highlights that much of this could be attributed to the struggling economy, with the rand under pressure against other currencies and companies reluctant to spend excessively on new equipment.

This rebuilding will also contribute to more efficient use of energy, owing to the installation of new heat exchangers. This will save clients electricity, and will also result in less mechanical failures and unplanned stoppages.

Cockfied says the programme is ideal for Artic Driers, as it can deliver on a short turnaround time. He states that the company can rebuild a machine in 14 days, while clients would generally wait 12 to 16 weeks for new equipment to be imported.