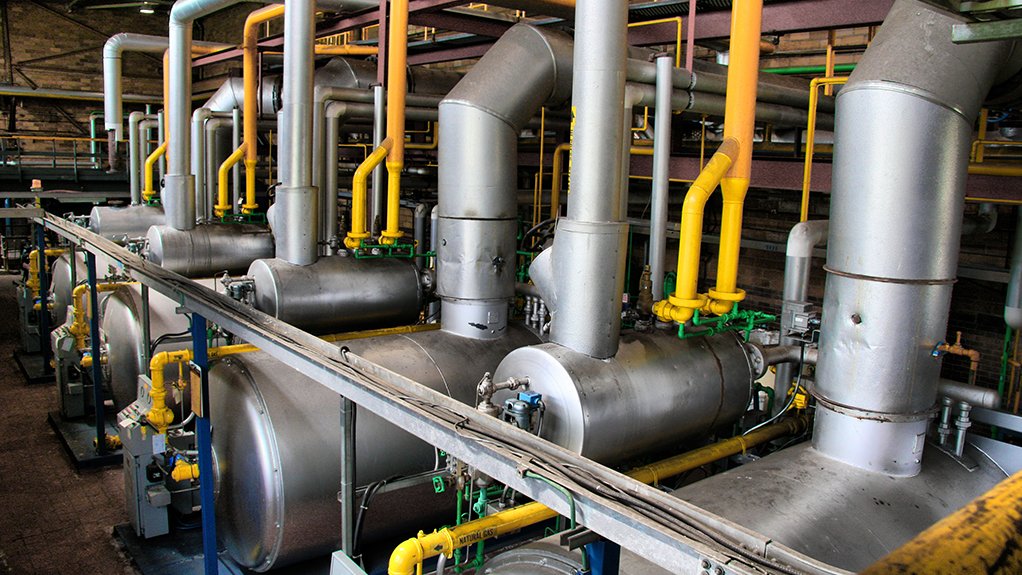 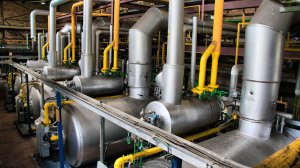 Package boilers are smaller output boilers than those used in general industry. These differ from traditional boilers that are fixed plant installations used in power generation as well as other applications.

“Most boilers, in general industries, use improperly treated water, which results in excessive scale building up quickly. The cost to run these boilers increases, despite

He adds that this – particularly amid the struggling local economy – has resulted in a noticeable decrease in maintenance efforts to reduce operational costs, but that higher fuel consumption to operate plants, while generating lower output is the result.

Pillay refers to the significant process of preoperational cleaning, which constitutes a commissioning prerequisite, and differs from post-operational maintenance cleaning in the type of solvents that are used.

“Generally, the preoperational cleaning of boilers before commissioning require a 1% hydrofluoric acid solution to remove most mill scale and fabrication defects.”

The preoperational cleaning before commissioning can result in boilers only needing to be cleaned again in 15 to 20 years, he adds.

Gra-Tech was contracted to start preoperational cleaning for State-owned power utility Eskom’s Medupi power station boilers. This began in 2014, with cleaning of the last unit completed in December 2018.

The first boiler of Eskom’s Kusile power station was also cleaned, in August 2016, with a third unit undergoing cleaning in November 2018.

While there is no current contract in place for further operational chemical cleaning at either power station, Gra-Tech does have ongoing contracts with most of Eskom’s power stations, with the Eskom Research & Development, and Chemistry departments responsible for the planning and scheduling of boiler chemical cleaning for its fleet of boilers.

Gra-Tech was also involved in a preoperational chemical cleaning at copper miner First Quantum’s Kansanshi copper smelter, in northern Zambia. The mine operations were being scaled-up, and a waste heat boiler was constructed to recover heat from downstream processes to increase steam capacity.

“Planning for further boiler cleaning projects for the next two years has started, as Gra-Tech is looking to complete cleaning on local sugar supplier Gledhow Sugar Company’s power boiler at its Stanger mill. Further, plans are under way for diversified wood-fibre company Sappi and packaging and paper company Mondi.”

Pillay points out that Gra-Tech has migrated from using harsh mineral acids, such as sulphuric and hydrochloric acids, to ecologically sound organic acids.

The citro-solve process – using citric acid – has been successfully executed on most of Eskom’s boilers, he adds.

Pillay states that, in the US, nitric acid and glycolic acid are widely used for boiler cleaning, and Gra-Tech’s chemists and engineers have explored the effectiveness of this solution.

Further, corrosion inhibitors are a vital part of the acid stage of the chemical clean process.

“Testing has started at our laboratory, in Germiston, in Johannesburg, for the corrosion inhibitor effectiveness of natural plant-based extracts such as aloe. Our team often explores the effect of changes in key process parameters, such as acid concentration versus temperature, and how the process can be optimised.” The result of the testing is modification of the company’s processes.

In testing, boilers are usually assessed based on scale and tube samples provided by the site. The company’s chemists “work on the most effective chemical formulation that removes the scale without damage to the tube material”, according to Pillay.

Gra-Tech also provides other services associated with boiler maintenance such as high-pressure water jetting on tubes and headers, as well as drone inspections.

The company is in discussions with Eskom and a few local petroleum refineries to use drones for inspections on boilers, which eliminates the safety risks exposed to personnel when conducting inspections.

Gra-Tech has also performed chemical cleaning on other process units, such as heat exchangers, pipelines and refinery columns, he concludes.