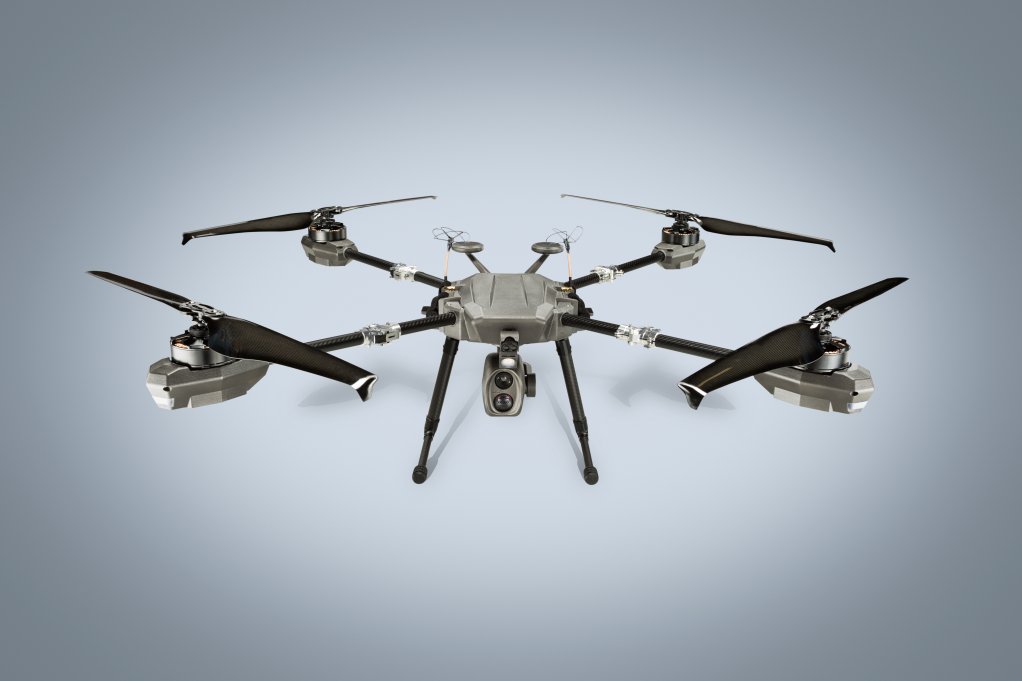 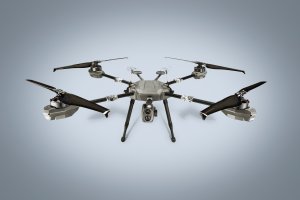 Airborne Drones products are manufactured using parts that are at least 75% locally sourced and, with constant re-engineering and integration, the local content is ever increasing, says Gerber.

The engineering skills used to develop its drone range are further sourced through partnerships with local academic institutions, while the materials for the drones are procured from local additive manufacturing competency centres attached to South African academic institutions. “All the design is done in-house and the products are manufactured locally.”

Airborne Drones, a privately-owned company, was established in 2014 to provide solutions for industrial and commercial applications, which were underserviced by the UAV manufacturing market, as well as solve the great need for bespoke solutions that can carry more sophisticated and powerful sensor payloads.

Gerber explains that the Airborne Drones’ product range consists mainly of the Vanguard long-range surveillance drone and the Falcon, which is deemed the company’s workhorse. The Vanguard, he says, is the company’s most successful product. “While it is ideal for long-range surveillance, it is used across many industries by a long list of blue-chip companies and institutions for various applications internationally.”

Offering a configurable data link video range and flight times, the Vanguard drone system is ideal for inspection and detection where fine detail such as cracks and signs of wear are needed. The Vanguard has a dual camera configuration which enables the viewing of what the Vanguard sees in real time and allows interchanging between the two cameras while in flight. The thermal camera allows objects to be detected and then zoomed in on when switching to the 30x optical zoom camera. In addition, a dual antenna station provides the clearest image even when it has been pushed to its limits.

Using local in-house engineering expertise Airborne Drones invested well over 10 000 design hours to come up with the first version of the Vanguard, which was launched in 2017. “These products are all in a constant phase of refinement to integrate the latest advances in technologies into a top-class, well-engineered product,” adds Gerber.

Airborne Drones has also experienced strong demand for its products internationally, with its products popular in the areas of inspection and detection, mapping and surveying, mining, construction, oil and gas, and particularly security and surveillance.

“Our customers typically require high endurance drones with the ability to carry powerful, multipurpose integrated sensors with real-time secure communications,” says Gerber, highlighting that Airborne Drones’ products are sought after, especially by those looking for customised solutions. The company is also focused on developing and integrating the complete UAV ecosystem that enables UAV platforms to be effectively integrated into customers’ operational environments.

Further, he stresses that Vanguard has the best price point in its class internationally, achieving a position of dominance in the UAV market.

The lead time for Airborne Drones UAVs depends on how unique the customer requirements are but is typically between 30 and 60 days.

An extensive warranty covers any damage inflicted upon the system if caused by any manufacturing defect or component defect. Engineers are also able to conduct on-site training with the end-user on the aircraft, software, the ground control station and basic repair procedures.