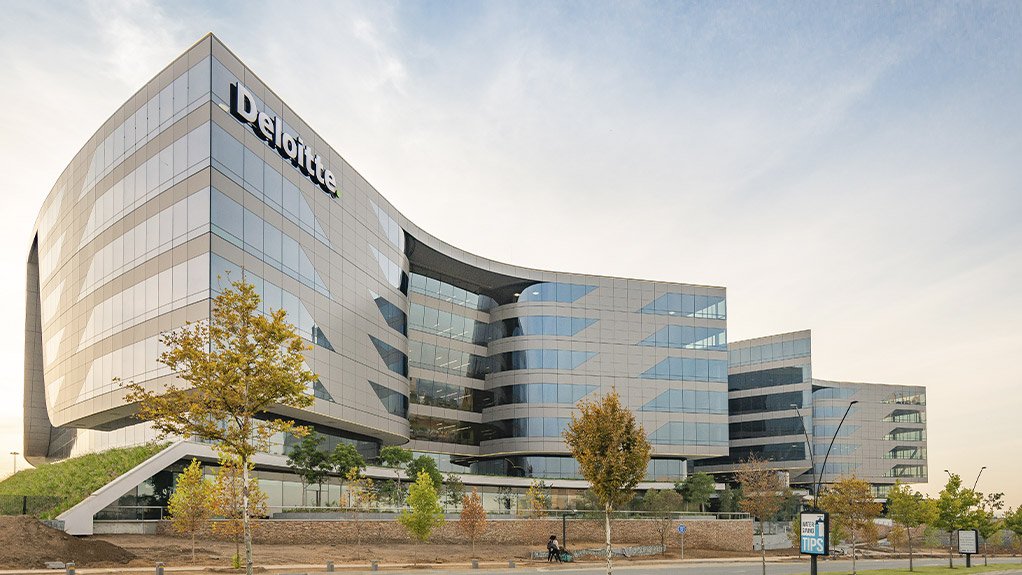 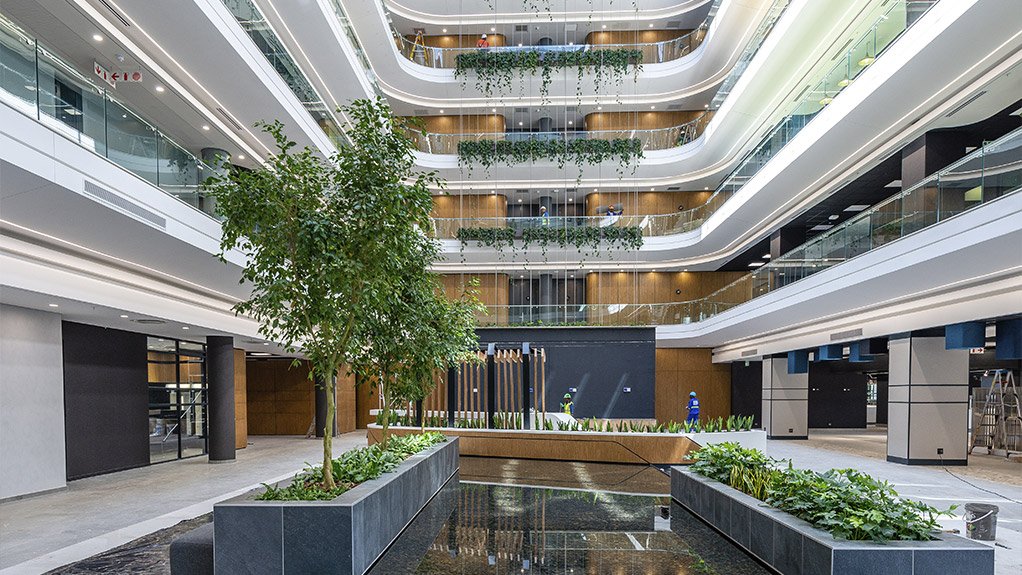 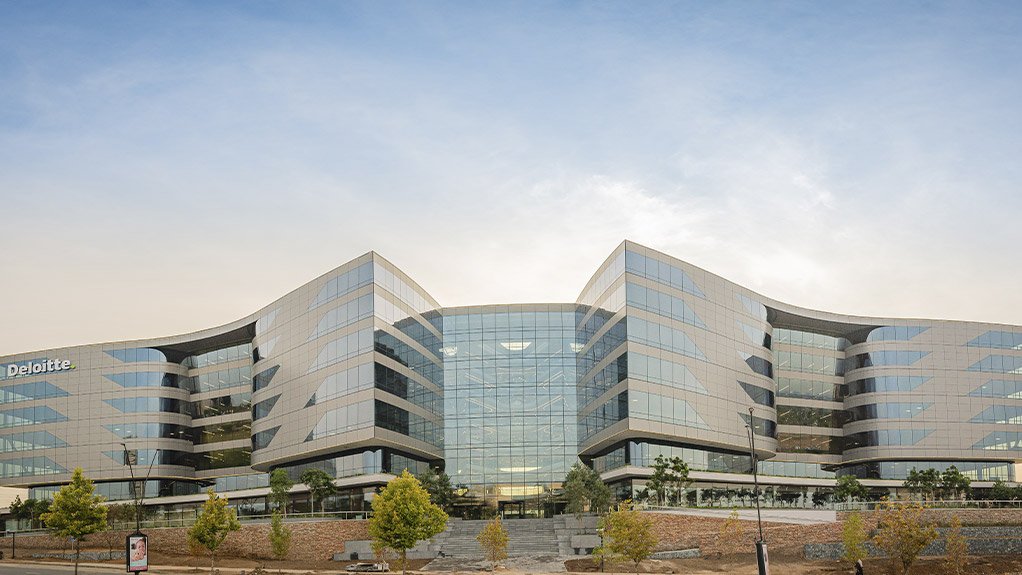 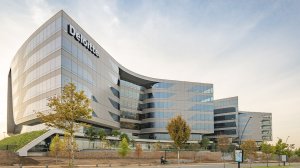 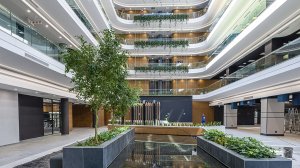 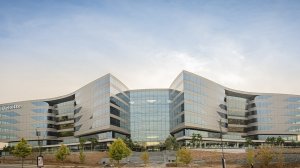 The 44 000 m2 building, in Waterfall, Midrand, will initially accommodate 3 500 staff members, but Deloitte plans to fill it up to capacity of 5 000 staff members over the next 12 years.

The construction of the ultramodern premises started late in 2017 and the building consolidates Deloitte’s offices in Woodmead and Pretoria into a single, central location.

Atterbury and real estate investment trust Attacq jointly invested in the R1.5-billion project, resulting in six floors of office space and four basement floors for parking that Deloitte is leasing.

He explains that Deloitte “rewards” staff members who carpool with allocated spaces that are closer to the lifts. The building is also close to major public transport networks, which helps to encourage the use of public transport instead of individual cars.

Additionally, Du Plessis notes that, with the increasing use of ridesharing and many of Deloitte’s auditors’ work being based outside of the office, the company purposefully optimised on space by reducing the number of parking bays that traditionally serve a building of this size.

Architecture firm Aevitas designed the headquarters, which complies with a Silver Leadership in Energy and Environmental Design Green Rating, while Countryline Africa was responsible for landscaping. The building features slopes of plant boxes on the outside, as well as hanging plant features on the inside.

Construction major WBHO senior contracts manager Colin Campbell says the company had to build angled casting slabs to accommodate the landscaping on the outside and to ensure optimal water drainage.

On the inside of the building, the landscaping décor was made to be “flexible” and moved around, with no fixed ground structures. Campbell points out that the walkways inside the building are also suspended from the roof by 62 mm steel rods, giving a “floating bridge” look to the walkways.

“Atrium bridges inside the building span 20 m and the bridges on all six levels hang from a 2-m-deep beam on the roof,” he adds.

The irrigation for the indigenous landscaping in and around the building is fully supplied by harvested rainwater and sub-soil drainage water. Campbell explains that the building collects ground- and roof water, which is then stored in a 300 000 ℓ tank.

Du Plessis mentions that the collected water will be converted into potable water via advanced filtration systems once it formally starts operating in April. The water will be pumped into the building’s plumbing system for use.

The building incorporates various such sustainability initiatives, including that 20% of its building material consisted of recycled content, including recycled concrete, reinforcing (rebar), cardboard and plastic; while 75% of the project’s construction waste will be reused or recycled.

An automated blinder system adjusts the blinds on the windows based on season and the position of the sun to ensure that optimal levels of natural light enter the building. An automated temperature control system also ensures that all rooms inside the building are kept at ideal temperatures for its occupants.

Further, Atterbury and Attacq had 250 kVA of solar panels installed on the roof, which will power about 5% of the building’s power requirements. Owing to limited roof space left around the water collection system, Du Plessis says they could not install more rooftop solar panels.

When load-shedding hits, the building has two 1 650 kVA diesel generators installed for backup power supply, which has the generation capacity of 3.32 MW. The generators are supplied by a 23 000 ℓ diesel tank.

Deloitte is moving 700 employees a week from its respective offices, up to its official April 1 trading start date.