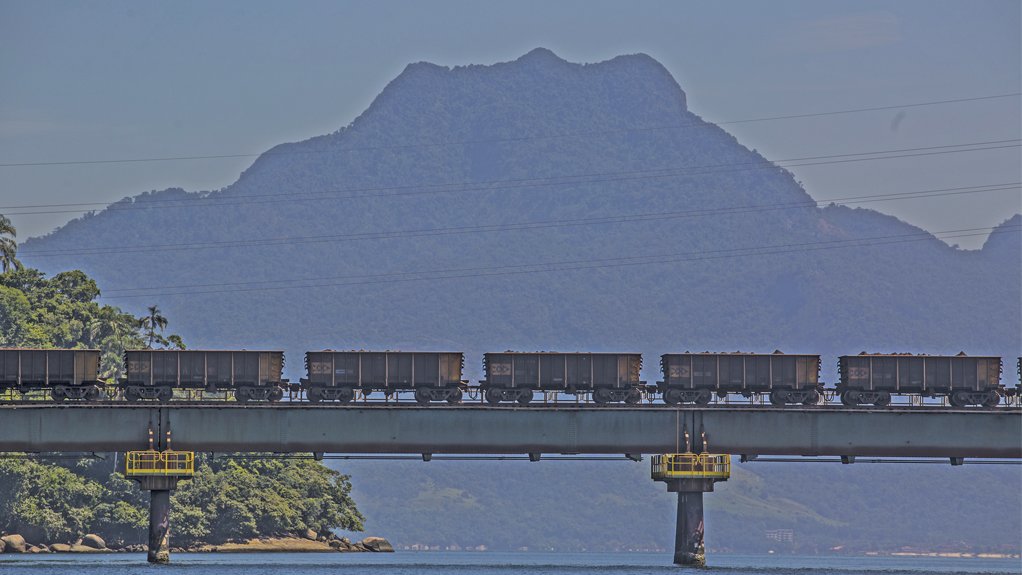 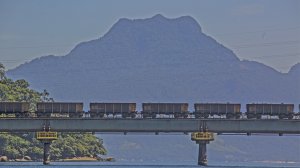 Heavy-haul railways are under constant pressure to optimise operational efficiency, a factor that has led the sector to spearhead many new technologies. Michael Roney, special advisor to the International Heavy Haul Association (IHHA), explains in this article, originally published in the International Rail Journal, how operators are collectively looking to push performance to new levels.

Sharing technologies is nothing new for the International Heavy Haul Association (IHHA). The organisation has regularly sponsored technical conferences with training workshops since the late 1970s and IHHA conferences have had a history of being the first place that many innovations have been introduced.

Many of the key findings of these conferences have been shared in more detail through subsequent textbooks on wheel, rail and track engineering and management. In a recent benchmarking survey of IHHA members, the world’s biggest haulers of rail bulk commodities shared the technologies and innovations that had made them successful to date. They then gazed into the future to select the winning technologies that they believe will maintain their viability and sustainability in the years ahead.

Over the years, IHHA has sought to develop a strategic vision for the role of technology and innovation in achieving key business and operating goals. In the survey, each railway was asked which innovations would be key in achieving: improved levels of safety; understanding the condition, location and risk profile of track and rolling stock; improved service offered to customers; improved operations efficiency; increased throughput capacity; reduced energy or fuel use and greenhouse gas emissions; reduced costs and improving profitability; transformation of the railway culture and employee engagement; and improving the regulatory framework for efficient railway operations.

The benchmarking survey was distributed to a list of rail authorities representing the major elements of the membership of the IHHA. Participants were selected from all member countries, with responses received from Australia, Brazil, Canada, China, Europe, Russia, South Africa and the US.

The range of respondents can therefore be considered as representative of the directions of the rail bulk haul industry worldwide. Participants cited condition-based freight wagon maintenance supported by wayside detectors and intelligent detector databases as key factors in reliability-centred maintenance, which has resulted in both reduced costs and improved asset utilisation. On the track side, the survey responses focussed on the levers for improving rail integrity, outlining improved automated track inspection systems such as improved geometry measuring vehicles, more effective rail flaw detection systems, laser rail-wear measurement and vision systems.

Looking ahead, survey participants see further advances in the length and weight of trains and continued advancements in computer-aided train driving. They see accelerated conversion to technology-based train inspections that lead to full condition-based wagon maintenance, and continued advancement of automated track inspection technologies. Computer-aided train planning and dispatching is advancing, with sophisticated algorithms under development to identify clear pathways for launching trains. Migration to communications-based train control (CBTC) is seen as key to improving throughput and line capacity.

The railway of the future is not considered an abstract concept as many railways and suppliers are already actively on this trajectory. The consensus among survey respondents is that heavy-haul railways will need autonomous and unmanned train operation, supported by computerised dispatching and overseen by people.

Network-centric cybernetics will be sought to take a broader and more proactive view of optimal network flows to drive operations strategies and tactics.

Respondents also say that all repairs and maintenance activities will need to become predictive, planned and proactive, leading to a future with close-to-zero service disruptions or safety incidents. To achieve this, multiple wayside and onboard sensors will report data to expanding databases with structures supporting ‘big data’ analytics, which will mine data for cross-correlations and project trends.
In this way, all track and rolling stock maintenance will be driven by algorithms with rule engines, eliminating the need for standing train inspections or point-to-point over-the-road track inspections. The outcome will be a large shift to planned maintenance that will not interfere with planned train schedules or cycle times.

Precision control of wheel-rail-bogie interaction is the area that has received the most attention from IHHA, which has published two best practice books on wheel-rail interaction and management. The science has evolved to the point where railways know the right thing to do with respect to preventive rail profile grinding, friction management, wheel profiles and elimination of ‘bad actor’ bogies from the fleet. However, the fact that it is still on most railways’ radar screens is because there is still considerable variability in reported wheel and rail life, and because the energy consumption benefits of good wheel-rail practice have become more evident.

Best practice is shared through the IHHA guidelines, so the thrust for the future is better execution of the right wheel and rail profiles, friction levels and bogie-steering capabilities.

While the technology has not yet evolved to the extent that 100% of all potential defects can be assessed, it is getting closer, and is at the point that some railways, such as China’s Qingdao coal line, have replaced all manual walking inspections with electronic sensors and machine vision systems that can be verified by inspectors in an office environment. The vision is that as the train is approaching the depot, rolling stock maintainers will be presented with a list of potential defects to verify and fix. As part of this vision, railways seek the capability to perform more extensive repairs, such as wheelset and bogie swaps, without cutting wagons out of the consist.

Other key technologies include machine-vison technologies mounted on multi-purpose inspection vehicles capable of finding joint bar cracks, skewed or missing fasteners and quantifying rail surface conditions and Lidar that can check catenary and ballast profiles. Automated turnout inspections are a challenge, but some European railways are already using 3D imaging and laser scanning of the stock rail and switch point fit to carry out all switch inspections off-line from daily downloads in an office environment.

With CBTC, in conjunction with improved braking systems, trains can run in virtual moving blocks at tighter headways. CBTC can provide the opportunity to unlock substantial additional throughput capacity on heavy haul lines, and is also considered an enabler for future migration to automated train operation.

Survey participants see a future where train plans could be adapted to available capacity of the main line, yards, loading and unloading facilities. Trains would be launched through computer algorithms that would direct a clear pathway “from mine to port,” overseen by people in a network management centre.

Indeed, the automation of train operations is now being actively pursued. Railways and their suppliers have continued to improve train driver support systems. Enablers such as GE’s Trip Optimizer and New York Air Brake’s Leader technology have guided train driving to reduce fuel consumption. The addition of onboard sensors or simulations is giving drivers feedback on how driving strategy is affecting in-train buff and draw forces. Furthermore, drivers are receiving more information on how they need to adjust speeds to stay on schedule or to pace the train for planned meets.

Many heavy-haul railways run trains with a single driver today. Participants in the technology benchmarking survey could see that the heavy-haul railway of the future would have automated driverless train operation, facilitated by 4G communications networks and CBTC. Rio Tinto has recently received accreditation from Australia’s Office of the National Rail Safety Regulator for the autonomous operation of trains on its Pilbara iron-ore railway in Western Australia. Trains began running autonomously in 2017, albeit with a driver in the cab to monitor the train’s operation, but recently trains have begun running without a driver onboard.

In the future, multiple trains may be platooned with oversight from a driver in a leading train, or roving Train Master, or in fully automated mode from a distant network management centre.

IHHA hopes that the survey will confirm to railways, their suppliers and research institutions that they are on the right path, emboldening further plans to innovate. The next step is an effort by IHHA to develop a cooperative strategic vision of the Railway of the Future. This will be developed further at the next International Heavy Haul conference, which will be held in Narvik, Norway, in June 2019.