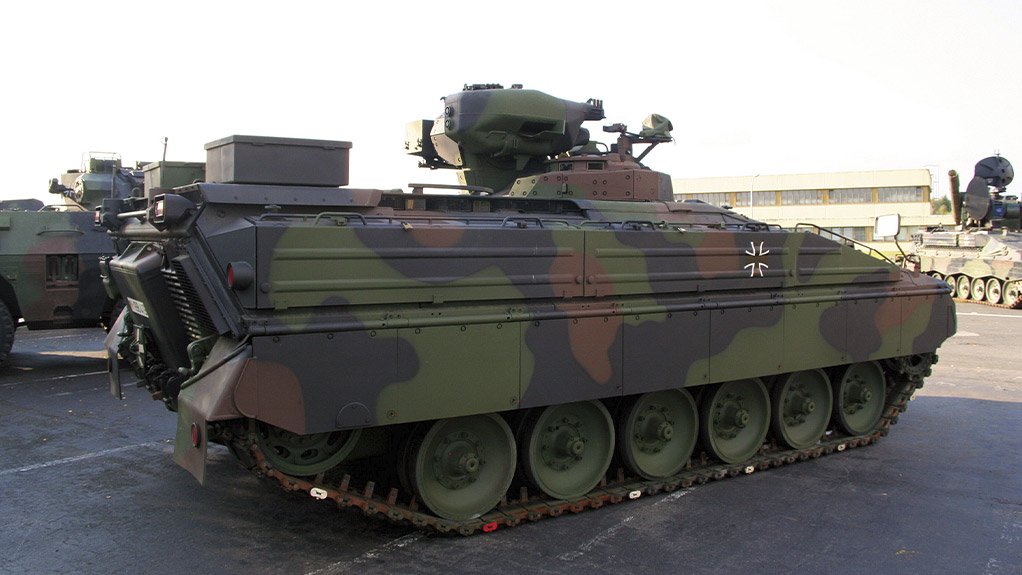 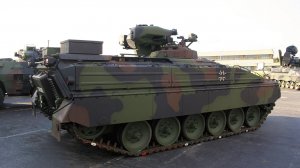 Germany’s unified armed forces and civil administration and procurement authority the Bundeswehr, has joined with defence contractor Rheinmetall to carry out new measures for extending the service life of its Marder infantry fighting vehicles.

To maintain the operational readiness of this tracked vehicle, the drivetrain of 71 Marder 1A5 vehicles will be replaced, starting this year with completion due in 2023.

Rheinmetall will be supplying the German military with a total of 78 conversion kits as well as vehicle tool kits and special tools, logistical support, an initial store of spare parts, and training and instruction.

The order is worth about €110-million, including value- added tax. The service life extension will maintain and expand the capabilities of the Marder.

As a first step in replacing the drivetrain, a new powerpack will be installed in all the vehicles, which will boost the Marder’s engine output from 600 hp to over 750 hp.

Under a comprehensive development contract, the Marder fleet has already undergone significant modernisation. For example, the new MELLS multirole lightweight antitank guided missile system has recently been integrated into various versions of the Marder infantry fighting vehicle. Additionally, a new driver vision system, a thermal imaging aiming device and a fire detection and extinguisher system have also been ordered.

Series contracts have already been awarded for parts of this service life extension, with performance upgrades now reaching the troops.

Notably, the proposed service life extension measures are designed to eliminate known obsolescent elements in the Marder. Here, individual measures can be supplied as modular conversion kits and – as part of planned maintenance operations, for example – integrated to assure ready availability of the vehicles.

Awarded to Rheinmetall in December 2019, this particular Bundeswehr order has the potential to lead to more service life extension measures both in Germany and across the globe. Besides Germany, the armed forces of Chile, Indonesia and Jordan all use the Marder infantry fighting vehicle.

As a system developer and supplier, Rheinmetall has extensive expertise and experience with the Marder. The weapons system first rolled off the assembly lines of the predecessor of the company now known as Rheinmetall Landsysteme GmbH, in Kassel.

Extremely reliable and battle tested, the Marder is set to serve as an important asset of Germany’s mechanised infantry units for several more years, even though the Bundeswehr is currently taking delivery of the last of 350 Puma infantry fighting vehicles intended to replace it.

Rheinmetall is represented in South Africa by Rheinmetall Denel Munition with its head office based in Somerset West, Cape Town.