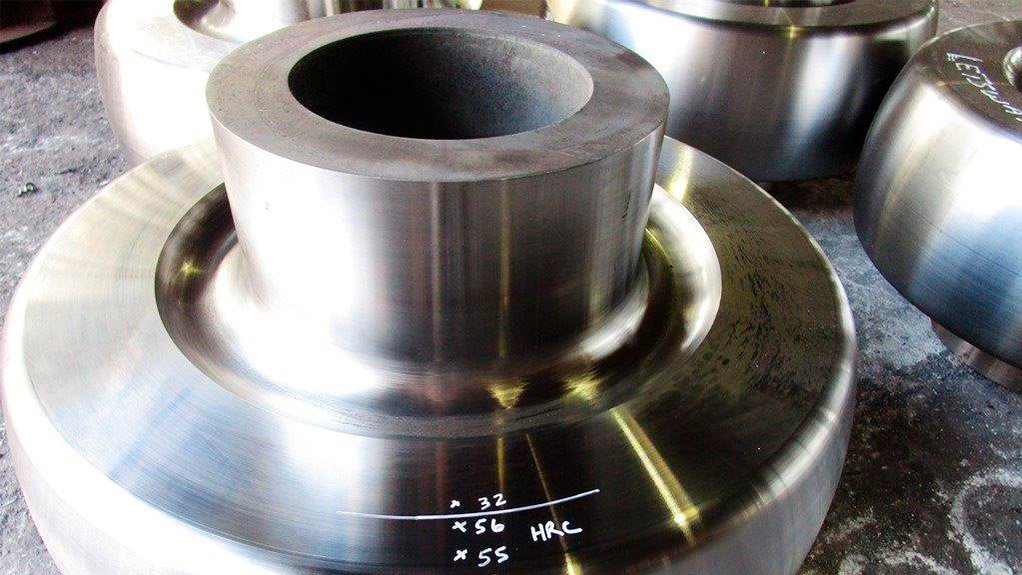 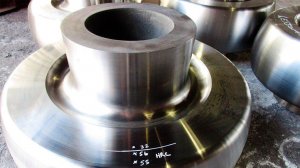 Diversified manufacturing facility Frankwen Forge is now offering a unique tailor-made salt-bath hardening technique, the company states, explaining that the surface of the item is run through heated molten salt and then undergoes a water quench.

The quench rapidly cools the item, giving the item the desired metallurgical properties, such as a deep surface hardening.

“With this process, we are able achieve hardness of 45 to 55 rockwell up to a depth of 50 mm,” says Frankwen Forge sales and marketing manager Vincent Horsburgh.

He further adds that Frankwen Forge is able to salt-bath alloy steels such as 709M40, 817M40 and 826M40 and that items which require deep surface hardening include lower rollers for large excavators, crane wheels as well as stacker-reclaimer wheels.

The economic downturn has resulted in a lack of major capital projects and, coupled with an increase in imported products, this has led to the closure of the two mills.

“It is apparent that many businesses are now importing products due to increased pricing pressure, but these imported products – especially from Asia – are resulting in job losses throughout the engineering sector. “This has created an opportunity for the company to reopen its melt shop and the ongoing negotiations for investments into the facility are looking promising,” he reveals.

Horsburgh notes that more equipment will be used to avoid another shutdown of the melting facility, including the addition of a ladle furnace: “This asset will improve quality, as it will be used for refining the steel and enable the facility to increase throughput in less time, which will make it more cost effective”.

Once the facility reopens, it will be able to produce ingots of up to 12 t in various grades of carbon and alloy steels, with all the materials being vacuum-degassed at the facility.

The new staff requirement will be about 60 people, he adds.

“We will continue to maintain our high quality standards and adhere to some of the quickest turnaround times to maintain sufficient market share.”

Horsburgh explains that, in the past few years, the company has noticed that order books for other forging facilities have been reduced to “almost nothing”, as a result of many sectors – such as the mining sector – tightening their belts.

He adds that, with the industrial and mining sectors being unable to tie up working capital in stock, manufacturers in the forging industry – such as Frankwen Forge – are forced to manufacture products on shorter lead times. This trend, in turn, places pressure on the entire supply chain.

“This trend of producing products in a very short lead time has forced Frankwen Forge to streamline paperwork and employ a dedicated team of expeditors to ensure that urgent products are delivered timeously,” Horsburgh concludes.