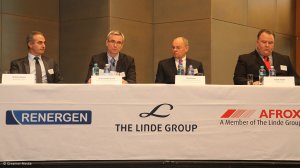 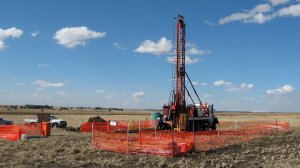 A contract signed on Wednesday between alternative energy company Renergen, JSE-listed Afrox and The Linde Group, of Germany, is expected to open the way for a €13-million investment into the commercialisation of a Free State natural gas resource and the creation of a large-scale helium separation facility.

Afrox officially signed the deal in Johannesburg with TETRA 4, a subsidiary of AltX-listed Renergen and holder of South Africa’s only onshore production right, covering 187 000 ha and spanning the Free State gold mining towns of Virginia, Theunissen and Welkom.

TETRA 4 was previously known as Molopo South Africa Exploration and Production Limited and was recently acquired by Renergen in a deal valued at R650-million. The company is also 10% owned by a black empowered entity led by Cheryl Sjoberg and negotiations were under way with PetroSA to facilitate 10% State participation in the company.

Renergen CEO Stefano Marani described the contract as a milestone in the beneficiation of onshore natural gas, while Afrox MD Schalk Venter said the investment would facilitate the first domestic supply of helium, which was currently imported at a yearly rate of 180 000 m3.

The plant would employ The Linde Group’s patented helium separation technology and was expected to have a yearly nameplate capacity of 650 000 m3.

The Linde Group’s global helium and rare gases unit would market any surplus helium not sold by Afrox in South Africa and the rest of the region.

Venter said demand for helium was growing rapidly both domestically and abroad, with the gas used in a variety of applications from the cooling of superconductive magnets in Magnetic Resonance Imaging machines, to the production of television screens and the filling of party balloons.

The Linde Group’s Dr Alexander Brandl said the project was in the pre-engineering phase while Renergen completed its work to secure the necessary environmental approvals. The plant, which would purify, compress, liquefy and store the helium, would be fabricated in modular form in Europe and shipped to South Africa for assembly.

Brandl indicated that the plant should begin operating during the first half of 2019.

Marani optimistic of receiving environmental authorisation by early 2017 and was confident that there was sufficient gas to supply the helium plant over its full life. Proven reserves of natural gas and helium currently stand at 25-billion cubic feet.

Under the agreement, TETRA 4 had contracted the helium offtake to The Linde Group, while Afrox would operate the processing plant and market the helium.

However, The Linde Group global source development head Nick Haines stressed that helium was one of the few industrial gases that was traded globally. “So what Afrox doesn’t use will be exported to other countries.”

The gas is said to be relatively shallow at around 400 m, which is well above some of the gold operations in the area. In fact, gas intersections were first made when miners were exploring for gold on the Free State portion of the Witwatersrand basin.

The deposit is said to be helium rich, with concentrations of between 3% and 4%. But to produce the volumes of helium envisaged, a daily production rate of 3-million standard cubic feet, or 81 000 litres diesel equivalent, would be required.

Therefore, besides the helium project, Renergen was also exploring markets for the balance of the gas, with an initial plan to supply compressed natural gas (CNG) to a transport company in the region, which is converting its buses from diesel to CNG.

“There are some very large mining companies in the area, all with enormous energy needs,” Marani highlighted, adding that it was exploring, therefore, the possibility of using the gas for power generation.