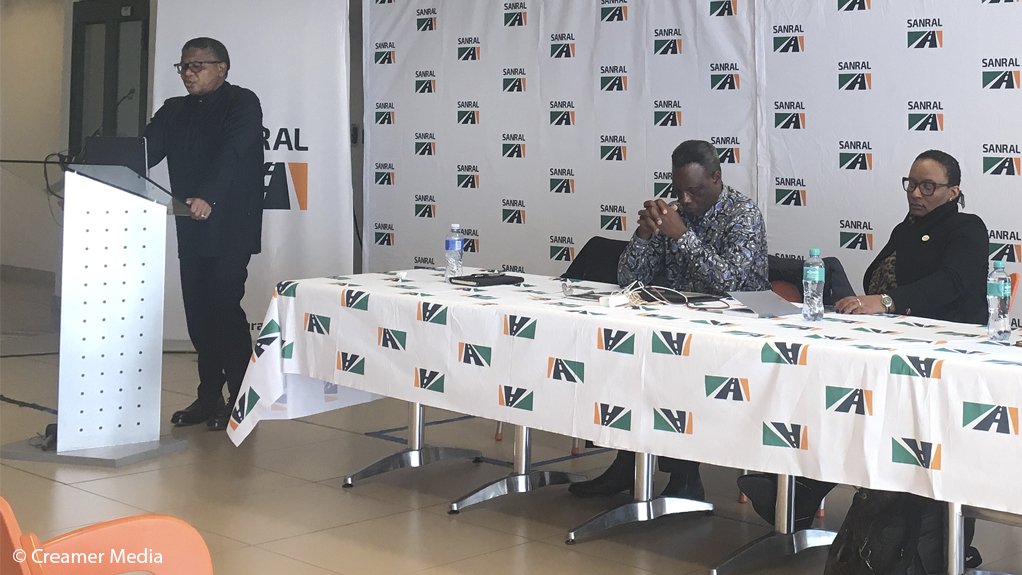 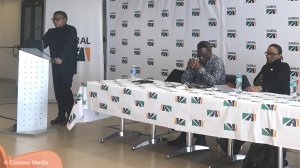 The South African National Roads Agency Limited (Sanral) has appointed the Development Bank of Southern Africa (DBSA) as an independent and lead adjudicating body after Sanral’s board in May declined the contracts previously entered into for five strategic projects.

As such, the DBSA will act as the infrastructure procurement and delivery management support agency for Sanral as the entity works to finalise awarding of the five contracts, which are worth R17.4-billion.

Sanral declined the five contracts on the basis of “lapses in the due process”, says Transport Minister Fikile Mbalula, adding that Sanral’s board, through its oversight mechanism, identified the flouting of due process and moved with speed to act – withdrawing the five tenders to preserve the integrity thereof.

Sanral chairperson Themba Mhambi says the DBSA was, in no way, involved in the design, cost estimation and tender documentation stages of the cancelled tenders. “This should reassure all interested parties and the public about the integrity and independence of the new procurement processes for the projects.”

“Turning a blind eye to what would have resulted in irregular expenditure and possible litigation that would have held up some of these projects in courts for years, would have amounted to dereliction of duty on the part of the board,” explains Mbalula.

At the same time, he has tasked Sanral’s board with moving as quickly as possible to address any anomalies in its procurement and contract awarding process and award the five outstanding tenders in a manner that is transparent and fair.

“I am pleased that the board has moved with the necessary speed to address the due process lapses, with a clear plan on how to finalise the award of these tenders within the shortest possible time,” states Mbalula.

Sanral is planning to finalise a procurement project inception meeting and develop a memorandum of agreement soon.

Following that, the project team will be mobilised and information will be gathered in July and August. There will be a review of bid specifications, the approval of bid specifications and advertisements. This will be followed by advertising the tenders, receiving of bids, their evaluation and adjudication.

Sanral will release the tender advertisements in July.

In September, there will be the submission of bid evaluation and adjudication report to Sanral, whose board will thereafter consider recommendations and will be followed by the awarding of the tenders.

However, in acknowledging that cancelling the tenders in May set back the timeline in which the projects could be rolled out, Mhambi says Sanral is resolved to accelerate the required re-advertisement and awarding of the tenders. “We therefore set ourselves a four-month deadline during which, we told the country, the tenders would be readvertised, evaluated, adjudicated and awarded.”

In addition, because of pervasive corruption and maladministration, he says Sanral was urged to err on the side of caution when awarding tenders. “The hard lesson we have learnt from this ordeal is to remain vigilant and stop creeping lawlessness, greed and corruption dead in its tracks.”

Mhambi states that Sanral’s reasons for cancelling the tenders in May revolve around the agency’s obligation to ensure proper corporate governance; the requirement to comply with internal controls; the responsibility to conduct procurement in line with legislative, regulatory and policy prescripts; and the need to enforce subcontracting aimed at small, medium-sized and microenterprise development, black economic empowerment, and transformation.

Sanral acting CEO Lehlohonolo Memeza says the scope of the services to be rendered by the DBSA includes the evaluation of compliance, technical and financial aspects of relevant tenders, as well as providing independent construction management oversight throughout the construction period of the projects emanating from the tenders.

Going forward, the DBSA will, in the procurement phase of the identified projects, review tender documents prior to the invitation of bids, submit tender documents for relevant approval, invite bids, and manage and handle tender briefing sessions.

The bank will also open and record bids received, determine the completeness or incompleteness of bids, determine the responsiveness of the bids, evaluate bids, risk analyse bids, develop bid evaluation and adjudication reports, recommend bidders for appointment and award tenders.

“Once the tenders are awarded and Sanral’s project managers and consultants begin to supervise contractor performance and project delivery, the DBSA’s role will change to project oversight on behalf of the board [of Sanral], with regular reporting to the board to ensure that these projects receive ongoing monitoring and support,” she says.