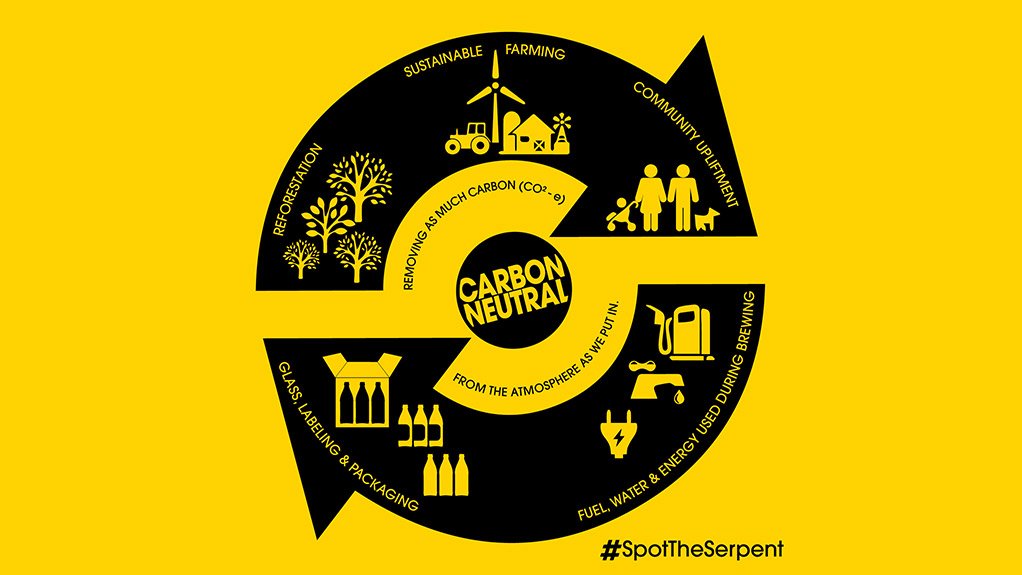 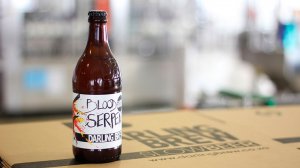 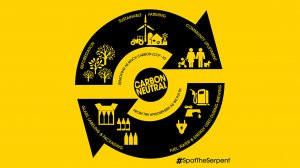 Darling Brew in South Africa has launched the first carbon neutral beer in Africa, Blood Serpent. With the reaffirmation at Cop 21 that the global temperature rise needs to be capped at 2 degrees from pre-industrialised levels, calls have been made for decarbonisation and company buy-in for carbon neutrality. The entry of Blood Serpent into the market could mean progress and momentum for the South African beer industry to be a part of a necessary global change.
Owners Kevin and Philippa Wood are proud to deliver a first in Africa and to introduce a more sustainable craft beer option into the market. A carbon neutral beer process and carbon neutral certification has been achieved through innovative brewing, packaging and offsetting processes.

Darling Brew have pursued to link their beers with sustainability and conservation since opening in 2010. “Since the beginning, each beer has been inspired by an endangered creature which is honoured and supported through conservation programmes,” says Kevin, “for Blood Serpent, we chose the Secretary Bird.”

For Blood Serpent, Darling Brew teamed up with sustainability consultants Ecolution Consulting in order to ensure that the beer offsetting process was done correctly and that the offsets were validated by recognised verification bodies for carbon offsetting. “Ecolution assisted Darling Brew in conducting a green house gas audit to quantify the carbon equivalent footprint of the production of Blood Serpent,” says André Harms, Director of Ecolution, “we are proud to be a part of achieving this feat.”

The offsetting process is done through the Kariba REDD+ project in Zimbabwe with impactChoice as an offsetting partner. It was chosen based on the fact that the project has emissions reductions that are real, measurable and permanent. REDD+ is an acronym for Reducing Emissions from Deforestation and Forest Degradation. Their aim is to empower local communities whilst preserving forests and protecting wild life. The carbon offsets are validated by the Verified Carbon Standard, the Gold Standard and the Plan Vivo.

For every 16 000 bottles of Blood Serpent produced (of which 6000 have been bottled and distributed) the equivalent emissions produced by an average car driving 38 894 km is offset (4033.64 Kg of Co2-e). In terms of carbon sequestered, the offset is equivalent to 261 tree seedlings having grown for 10 years. The home of Blood Serpent - The Taste Room -  has been kitted out with tables, chairs and light fittings made from recycled items such as beer baths and wooden palettes. The brewery has also taken to reduce water consumption through sunken water tanks, water-saving nozzles and by reusing as much water as possible.

Ingredients sourced for the Taste Room are local with a focus on Fairtrade and organic produce where possible, whilst the spent grain from the brewing process is not simply discarded, but used as food for some of Darling’s resident cattle.

The team at Darling Brew are proud of this milestone on their sustainability journey, but it will not stop here. “We are assessing ways in which we can make our brewery more efficient, “says Kevin, “and we will continue to find ways to innovate our operations and our beers.”