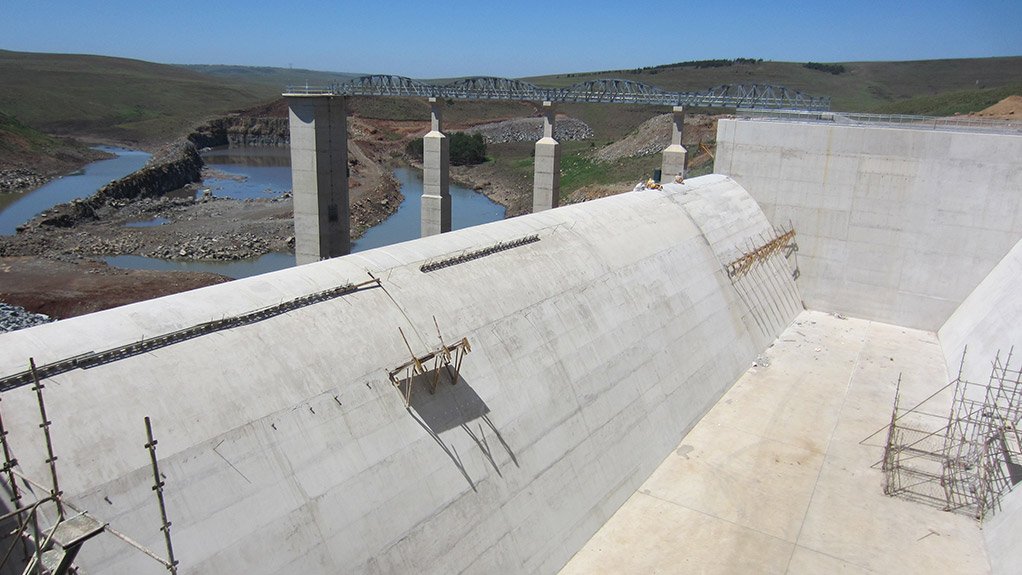 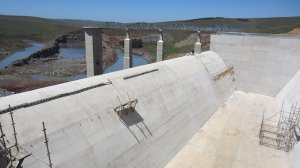 The R41-million pumpstation for the Ludeke dam, in the Eastern Cape, is in the process of being commissioned and will soon help alleviate the water shortages being experienced in the Mbizana region.

The Department of Water Affairs and Sanita-tion and the Alfred Nzo district municipality funded the Ludeke dam project.

A 500-mm-diameter cement mortar-lined steel pipe has been used, in combination with polyvinyl chloride piping on the upper reaches of the 13 km pipeline to the Nomlacu Water Treatment Plant, he says.

The pumpstation is designed for an ultimate six-pump configuration and additional pumps will be installed as the demand grows.

“The region is subject to droughts and is also a summer rainfall area which can have low rainfall during the winter. “Previously, various areas were supplied with water from boreholes through a number of small, unreliable reticulation systems. These two factors meant that water supply was at the best of times unreliable and at the worst, nonexistent,” Bain explains.

The Ludeke dam project is also part of the R1-billion Greater Mbizana Regional Bulk Water Supply Scheme, which will supply 20-million litres of safe drinking water a day to more than 266 000 people in the Mbizana area, as well as to commercial and light industrial users.

The construction of the dam was completed in May and has the capacity to store 14.5-billion litres of water when full.

“At this level, its surface area will be 140 ha. Even during a one in 50 year drought, the dam will yield 5.13-billion litres of water a year, providing a secure source of potable water to this remote, rural area for the first time.

“To design the most cost-effective dam, MBB Consulting Engineers had to optimise the embankment height versus the dam’s yield. Ludeke will cater for existing and estimated increases in the region’s water demand over the next 30 years, although in the future it may have to be augmented,” Bain states.

The milestones on the project for MBB Consulting Engineers included the extensive grouting process; constructing the intake tower and access bridge; erecting a coffer dam to allow the foundations to be cleaned on the dam floor; completing the 40-m-high rockfill, clay core embankment; completing the concrete in the spillway and Ogee weir; impounding the water and the technical completion.