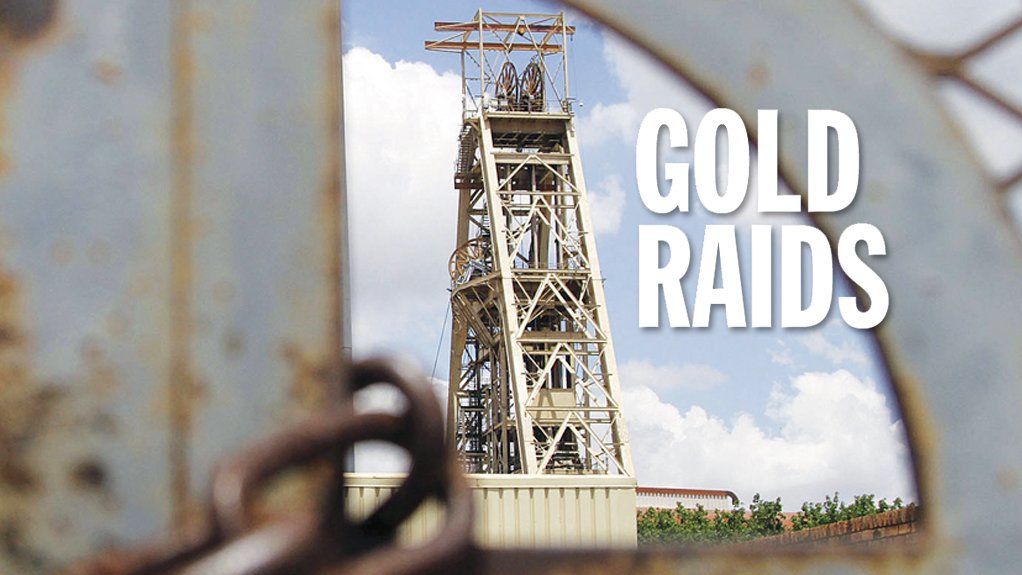 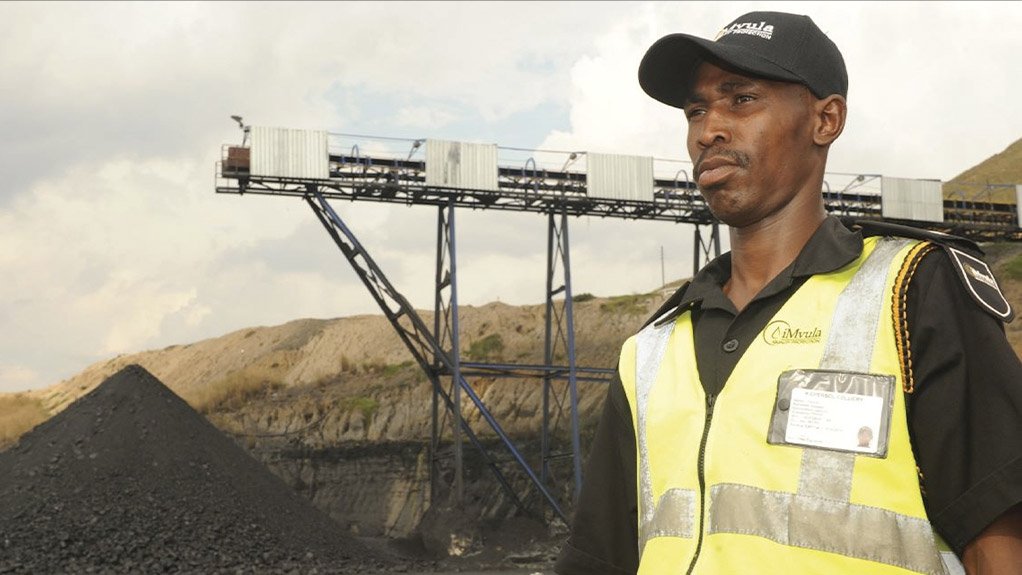 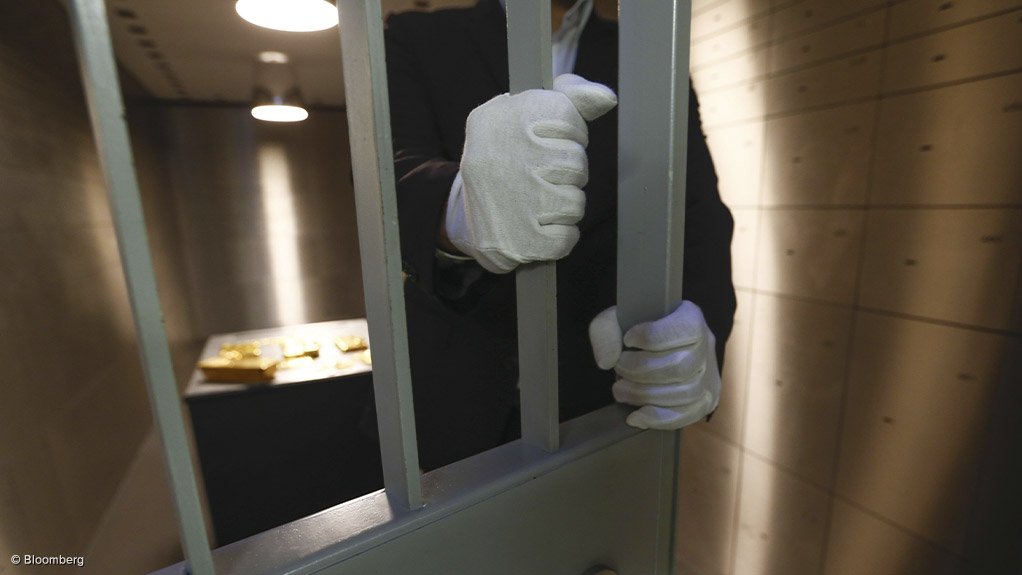 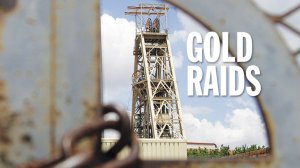 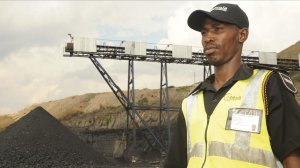 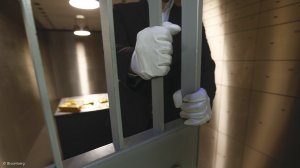 Photo by Adobe Stock
INSIDE MEN? In January mine security officers were arrested for their alleged role in a murder, hijacking and attempted robbery at a gold mine
Photo by Bloomberg
SECURING THE BAG Mining companies have, in their own capacity, beefed up security to ensure safety at operations

With gold prices surging to seven-year highs, it is seemingly a good time to be in the industry. In South Africa, however, the recovery has coincided with, and is being tainted by, a surge in so-called ‘gold raids’, characterised by heavily armed intruders targeting mining companies and smelt houses, holding staff hostage and making off with concentrate and smelted gold.

Russell indicates that, while crime syndicates are known to drive illegal mining, there is not any conclusive evidence yet to suggest that the same perpetrators are connected in any way to the gold raids.

What is already evident, however, is that these raids are tied to the country’s socioeconomic conditions.

Further, the issue of violent assaults by heavily armed intruders is a major concern for the mining industry, especially the gold sector, says Russell.

Armed robberies at gold plants are not particularly novel, as evidenced by a 2008 Engineering News & Mining Weekly interview with then Barbeton Mines manager Casper Strydom. At the time, Strydom gave details of an armed robbery at the Sheba plant in 2004, when one thief was shot and injured, two more were arrested, and the remaining two escaped with gold concentrate.

Nevertheless, the problem has seemingly escalated, with the criminals having become more brazen.

The Minerals Council is aware of 19 armed attacks on gold facilities in 2019, during which more than 100 kg of gold was stolen, compared with ten attacks in 2018.

In January, the Directorate for Priority Crime Investigation, also known as the Hawks, reported that mine security officers were arrested for their alleged role in a murder, a hijacking and an attempted robbery at a gold mine.

This report also points to another facet of these attacks – that they are often characterised by violence.

“These incidents are almost always associated with intimidation and physical abuse of staff and contractors, and have also included hostage taking.”

Two people were fatally injured in two separate incidents in 2019.

It is imperative that this issue is addressed, with consequences of inaction ranging from impacts on workers’ safety, welfare and livelihood to considerable costs for mining houses and, consequently, the economy, she adds.

Even where mines’ security personnel and equipment can be used to prevent losses of gold, the costs of these preventive security measures are huge, and have had to be put in place at all mines that are potential targets, explains Russell.

Further, attacks result in additional costs in terms of lost workdays, as well as damaged plants and equipment. Consequently, there is additional pressure on gold mining companies, particularly marginal operations.

Moreover, the threats to the lives of affected staff and contractors have a serious impact on morale, resulting in personal costs to employees, notes Russell.

“Crime, in all its manifestations, must be addressed. Companies in the retail sector, manufacturing, construction, banking and mining . . . are reporting on their losses, the rising costs of protection and the huge cost of crime affecting their sectors.”

The issue of gold heists is exacerbated by other crime too; Baxter has indicated that the predominant reason that railway wagons from Transnet Freight Rail do not arrive at the mines that have ordered them is that copper cables are stolen on the railway lines.

“The impact of illegal mining and product theft on the industry and the country has risen to unprecedented levels and costs the country significantly. The mining industry is under siege and this detracts from production, employment and investment,” he averred.

Tackling the Issue In December 2019, the Minerals Council released a statement calling for urgent interventions from government entities, such as the Minister of Police and the Department of Mineral Resources and Energy (DMRE), to address violent crime affecting the mining sector.

This sentiment is echoed by players in the industry, who believe that it is the duty of government and the South African Police Service (SAPS) to prevent crime, including organised crime, and ensure that law and order is maintained.

“The lack of resources and capacity in the SAPS to prevent these violent assaults, which are a major threat to the industry and place the lives of innocent people at risk, is a significant problem for the industry,” emphasises Russell.

The DMRE declined the opportunity to comment, instead directing any enquiries to the SAPS, which was also unavailable for comment.

Further, the Minerals Council has engaged extensively with the Minister of Police and the Cabinet security cluster, and it has proposed the establishment of a dedicated mining police taskforce to handle the crisis, says Russell.

The dedicated unit that was previously in place was disbanded some years ago, owing to a lack of resources.

Russell highlights that there have been constructive discussions with Police Minister Bheki Cele and his team in this regard.

“We are looking forward to further progress. We were pleased with President Cyril Ramaphosa’s undertaking in his State of the Nation Address to establish specialised policing units to address the growing “criminal groups that extort money from construction and other businesses – we trust that among the businesses he refers to here are mining operations”, states Russell.

Baxter has noted: “The Minerals Council is hoping that additional fiscal resources will be applied to help with the establishment of this special mining dedicated police unit, and that further resources will be invested in the justice cluster to ensure that these criminals are brought to book and jailed.”

These sentiments are echoed by the industry, which has also called for a special policing unit to be established to deal with crimes of this nature.

Mining companies have continued to invest significant resources to ensure the security of their operations, particularly in terms of technology to detect intrusions on larger concessions before they reach core operating areas. These efforts have been supplemented by physical barriers.

“The Minerals Council and the mining companies continue to engage government, prosecuting authorities, the DMRE and the SAPS on the matter,” Russell says.