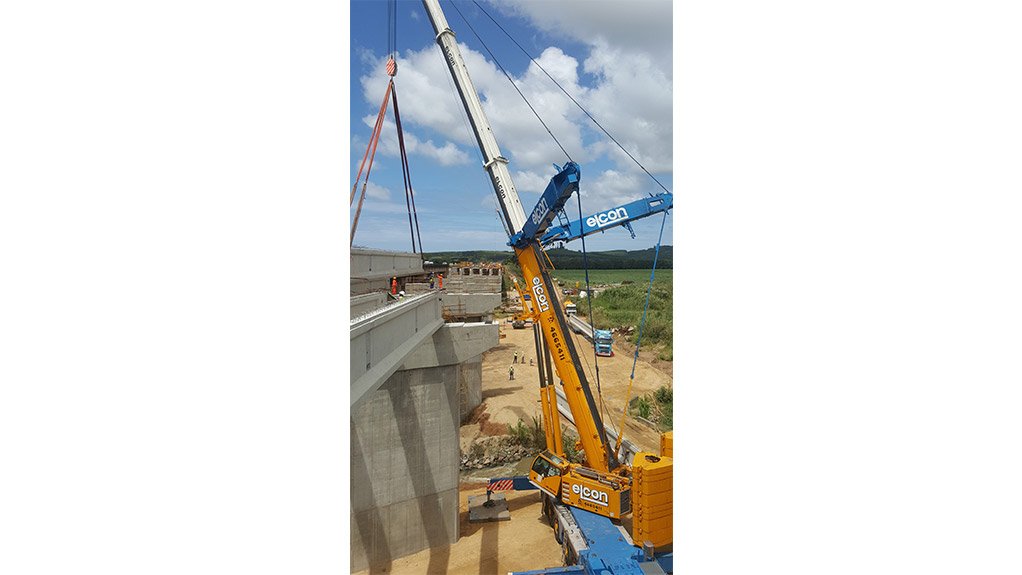 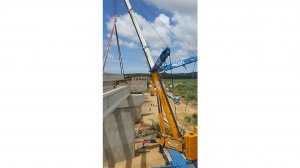 According to Sanral, this has been acknowledged as one of the largest road infrastructure developments to have commenced in KwaZulu-Natal. Construction on the project started in 2016 and is due to be completed in 2019.

Concord Cranes were involved in the project by providing the cranes needed to erect 30-m-long bridge beams over a dry riverbed, each weighing 52 t. Concord Cranes placed a total of 76 beams at various crossings.

Subsequent to the flooding, 44 beams, 22 m in length and each weighing 16 t, were placed on the last bridge. All bridge sections were completed in July this year and the actual road building has continued.

Concord Cranes has also been contracted to provide the client with turnkey project solutions which will include the supply of cranes, riggers, specialised rigging equipment and extendable trailers to transport the bridge beams for the remainder of the contract.

The new two-lane northbound carriageway includes the construction of two major bridges over the Mlalazi and Mhlatuze rivers, while four agricultural overpasses over the N2 will be lengthened, and new bridges will be built at the R34 Empangeni/Richards Bay interchange as well as the P537 Port Dunford underpass.

Two road-over-rail bridges, 16 major box culverts, numerous minor box culverts as well as other drainage structures will be built. The height of two overpasses will be increased by jacking up the bridges.