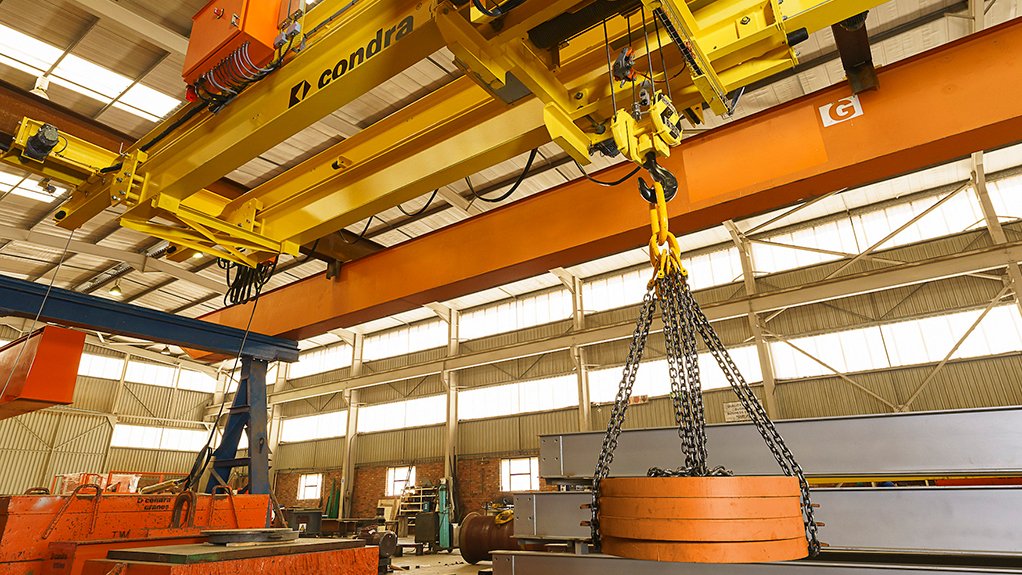 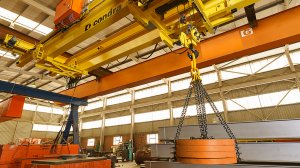 Telescopic cranes from Condra will soon be helping a South African chemicals company to produce alcohol in very large volumes for hand sanitiser to combat the spread of Covid-19.

Recently tested and soon to be delivered, the double-girder cranes with underslung K-Series hoists were ordered to replace a competitor’s machines used for pump maintenance.

They are of complex design, each featuring a telescopic boom to enable a single crane to service pumps in separate but adjacent bays. The boom will extend into position over the adjacent bay, allowing the retrieval of pumps to the principal workshop area for attention by the crane after the boom has retracted.

Condra’s order is for nine identical units, replacing eight machines from rival firms and one of its own hoists, all nine being originally supplied in 1987.

Condra won the replacement order because the customer considered Condra’s machine to have performed the best over the past 33 years.

The new cranes are double-girder underslung machines with underslung crabs. A foot-mounted hoist on each crane moves between two girders arranged as an extendable boom beneath the main frame.

A Condra spokesman explained that the Condra design made use of an intricate arrangement of limit switches to prevent any possibility of long travel while the boom is extended. Travelling with an extended boom would damage the building, the spokesman explained.

To achieve the most compact possible machine dimensions, Condra used K‑Series hoists foot-mounted on underslung crabs, lifted up and between the two girders along which they travel.

Variable-speed drives have been fitted to achieve speeds of up to 4,5 metres per minute on the lift, 20,2 m/min on the cross travel, and 30,7 m/min on the long travel.

The variable-speed drives will deliver improved productivity. Only two-speed operation was available on the machines being replaced.

Travel on the telescopic boom will be 4,3 metres per minute.

“From an engineering point of view, we found these machines very interesting to design and make because of the telescopic capability,” said Condra’s spokesman.

“The main and telescopic sections are independently mobile, and designed in such a way that long-travel movement will automatically halt if the telescopic unit is near a column.

“The design is also extremely compact to maximise lift height. Optimised safety and reduced maintenance were incorporated throughout this design,” the spokesman concluded.