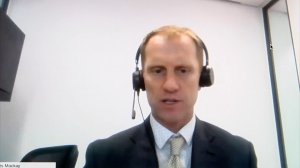 PwC energy strategy and infrastructure director James Mackay discusses how Covid-19 has sped up developments in the green energy sector.

Assurance, advisory and tax services firm PricewaterhouseCoopers (PwC) reports – through its newly released Africa Oil & Gas Review, titled 'Energising a New Tomorrow' – that the rampant spread of the Covid-19 pandemic globally has resulted in galvanising of commitments to a green energy transition.

PwC energy strategy and infrastructure director James Mackay says the Covid-19 pandemic has played “havoc” in global economies and energy markets, with oil being shown to be particularly vulnerable. “In response, the developed world has accelerated the renewable energy transition through greening policy, economic stimulus and investment.”

The firm also notes that this green energy transition to renewable energy will continue to rapidly gain momentum throughout the coming decade, led by policy shifts towards green incentives as developed economies begin to “build back better”.

He posits that it is ironic that, after decades of climate change denialism, it has taken a global pandemic to “tip the scales” in favour of the environment and greening of economies. “Net zero’ and the energy transition are significantly transforming the energy and utilities sector, with 2020 seeing the five supermajors in oil and gas having written down reserves by $87-billion, rapidly diversifying portfolios towards renewables and redefining their business strategies.” Mackay notes that an example of this is BP setting out its strategy to achieve ‘net zero’ by 2050.

Further, PwC report that the dramatic global oil demand slump, triggered by economic lockdowns across the world and a result of the downgrading of long-term global oil demand outlook (estimated to never again exceed 2019 levels) has left African economies under significant increased economic and fiscal distress, especially those reliant on oil and gas.

However, in a rapidly changing environment, PwC point out that there exists an opportunity for Africa to take advantage of the global energy transition and new global markets. As such, the firm states that the energy transition provides an opportunity for Africa to diversify its economies, address energy poverty, create new employment sectors and benefit from the investment incentives from more developed countries.

PwC Africa energy utilities and resources leader Andries Rossouw says that accelerated adoption of renewable energy could be the “economic game changer” for many African countries. “Renewable energy industries have been shown to have positive and inclusive economic impact. This provides opportunities for African economies to diversify through, among others, leveraging their natural assets, including wind and solar arrays, but also new-age minerals.”

He adds that considerable progress has been made in some African countries around policy and planning environments. However, Rossouw also says that the biggest challenge remains the need to exponentially increase the scale and speed of execution. “This calls into question the affordability of renewable energy in African markets as well as governments’ weakening fiscal capabilities.”

In this regard, Mackay says that perhaps a more “just transition” would be a deeper investment stimulus and focused support for energy transition in Africa by the developed world. “This would help to accelerate positive global climate response as well as support inclusive, sustainable African economic growth and thus create a win-win for all global citizens.”