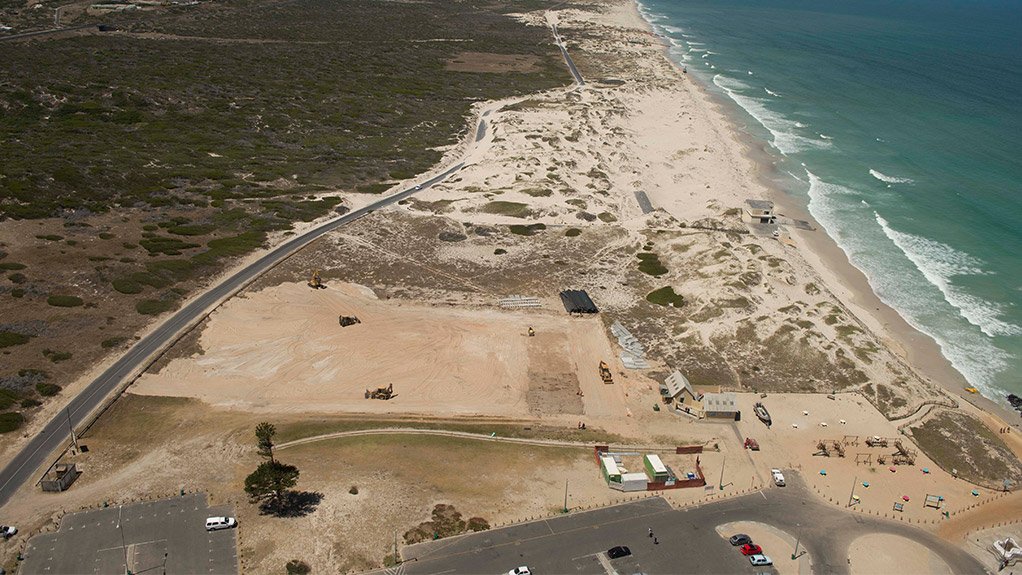 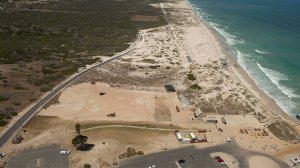 CONSTRUCTION ON COURSE The construction of the two seawater desalination plants by Water Solutions - Proxa JV in Strandfontein and Monwabisi, in the Western Cape, is under way

“This should be a focus in all industries and at commercial buildings, as it reduces the net draw from the potable grid. It can be expanded to domestic use with the installation of rain tanks and grey-water treatment systems.”

She says Proxa is assisting many companies throughout the country with sustainable solutions to ensure water security by reducing their water footprint and, ultimately, reducing the strain on the potable water network. “The installation of borehole water treatment facilities further alleviates the pressure on the potable grid at a lower cost than seawater desalination. Reclamation and treatment of sewage or wastewater to potable standards for reuse by industries further reduces the net intake of potable drinking water off the grid.” Grahn notes that water treatment solutions are generally lower in capital and operating costs than seawater desalination.

Proxa is working on seawater desalination, sewage water reclamation and treatment to potable standard for industrial use, as well as effluent treatment for recycle and reuse, in the Western Cape.

Proxa, in a joint venture (JV) with water specialists Water Solutions, is also working on a full turnkey design, construction, commissioning, operations and maintenance of the seawater desalination plants at Strandfontein and Monwabisi.

“These are supply contract of water to the City of Cape Town (CCT). The contracts were awarded for an amount between R40/kℓ and R50/kℓ of potable water supplied using a combination of diesel and electricity as the power source. The price has been reduced as sufficient power will be made available by the city eliminating the need for diesel.

“The works include the marine intake and discharge lines, pumping stations, plant civil earth and foundation works, equipment design, supply and installation. It will include 24-month operations and maintenance, followed by decommissioning, removal and rehabilitation.”

In conclusion, she explains that Proxa has been awarded a sewage reclamation plant that is currently under construction and will treat reclaimed sewage water to be reused as industrial water. Grahn says, together with a number of brackish water desalination plants across all industries, these will reduce the net intake of potable water from the grid.