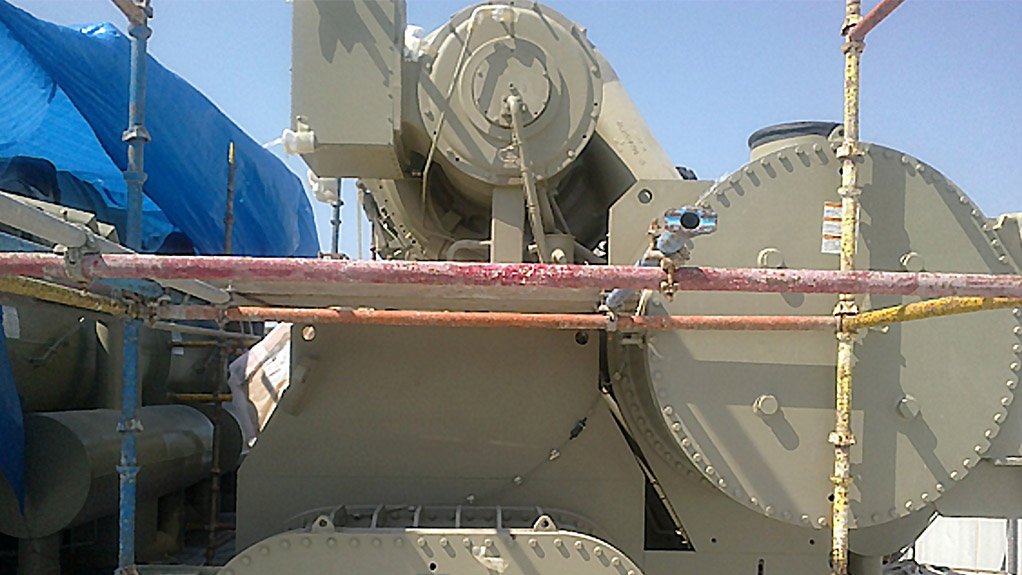 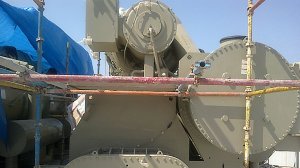 A global energy service company Dalkia was awarded a design-and-build contract with ADC Energy Systems for a district cooling project on Saadiyat Island near the coast of Abu Dhabi. The district cooling chillers arrived significantly earlier than the commissioning date of the plant and needed preservation until use. Dalkia required a solution that would effectively mitigate corrosion on their chillers for two years while withstanding the local climate of 50°C heat, extreme UV radiation, lashing winds and a high chloride environment.

Current practice was to cover the chiller units with tarpaulins but these were found to be ineffective and had to be replaced every two months due to the harsh coastal conditions. VpCI® technology was proposed to Dalkia to effectively mitigate the effects of corrosion upon the chillers at Saadiyat Island. Cortec’s three specific products were selected to prevent corrosion and damage of the equipment during temporary storage period:

Cortec’s VpCI®-309 Pouch was placed in the water headers.  Constructed from breathable Tyvek®, it allows the VpCI® molecules to be emitted through the membrane and form a molecular layer on metal surfaces providing corrosion protection. VpCI®-111 emitters were then placed in the control panels. These unique devices are designed to provide corrosion protection for metal components and parts enclosed in non-ventilated control or toll boxes and cabinets. MilCorr® VpCI® Shrink Film was finally wrapped around all chillers. MilCorr® Heavy duty film provides a top-notch universal protection system with high ultraviolet (UV) light protection to maintain the integrity of the film itself as well as the parts packaged within.