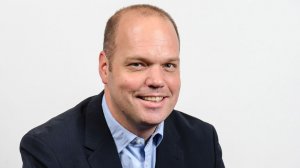 The Western Cape is increasingly being recognised as a feasible alternative gateway into South Africa or Africa, owing to it contributing 14.3% of the country’s gross domestic product, making it the second biggest provincial economy in the country, says engineering and design company WSP | Parsons Brinckerhoff Africa.

In relation to this, WSP | Parsons Brinckerhoff Africa MD Mathieu du Plooy says that this has been particularly evident as consistent investment and growth in primary infrastructure, including power and transport, for instance, has been witnessed in the Western Cape.

“We can still expect to see investment and growth into these primary sectors in the future. Moreover, the next wave of growth will also be in the secondary infrastructure sectors, or socioeconomic development infrastructure, including education, housing, healthcare and communications.” Du Plooy adds that continued investment in commercial and retail property and small-scale industrial projects are also under way in the province.

This being the case, he mentions that the Western Cape provincial government has acknowledged the skills gap that exists in the province and has thus initiated a programme to assist in increasing the matric pass rate in the province.

“The other focus is providing training and early development for school leavers in the hopes of getting them ready for the workplace, whether straight after their matric year or straight from universities,” says Du Plooy.

Meanwhile, he points out that there are a number of power projects under way in the region – particularly new renewable-energy projects – owing to the availability of space. These are providing a sustainable power alternative for the province.

“There’s no denying that the region presents great potential growth opportunities in major sectors including agriculture, tourism, real estate, the maritime industry and manufacturing. As a result, more local and multinational businesses, alike, have set up or moved their South African or African head offices to the region in recent years,” adds Du Plooy.

“With the anticipated continued investment in these and other key sectors, the region would be well placed to further tap into international trade with markets in Asia, Europe and the Americas,” he concludes.