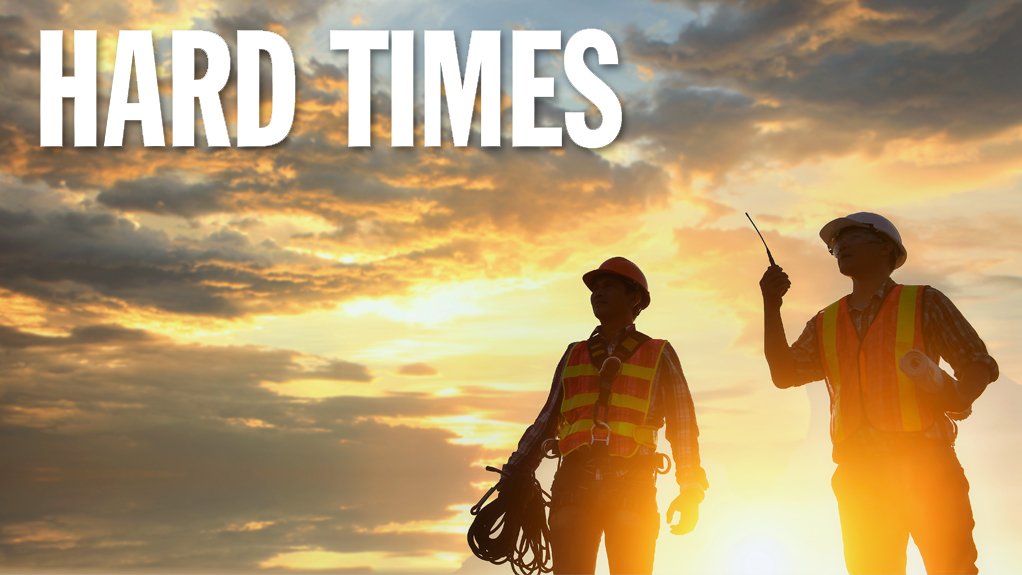 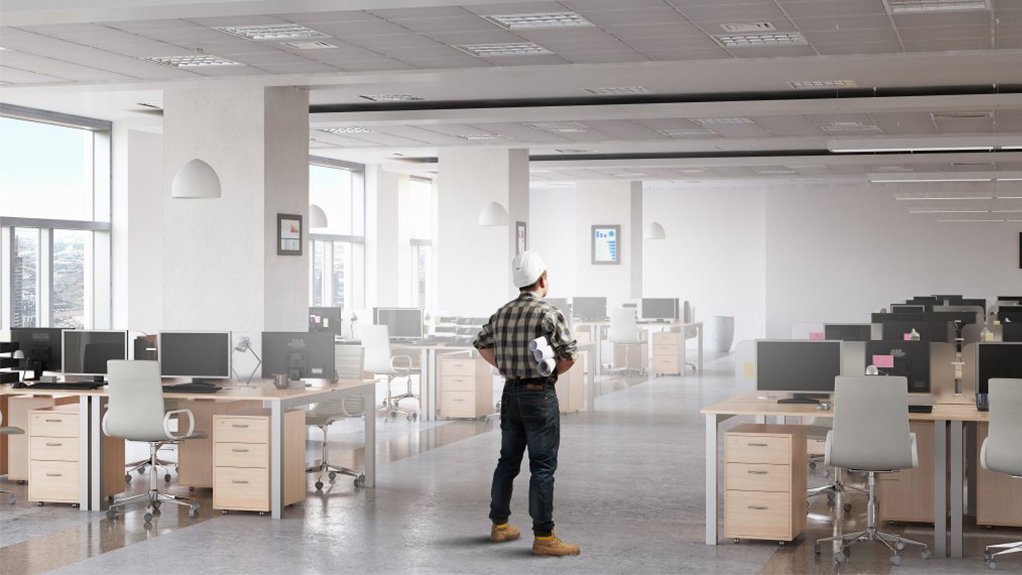 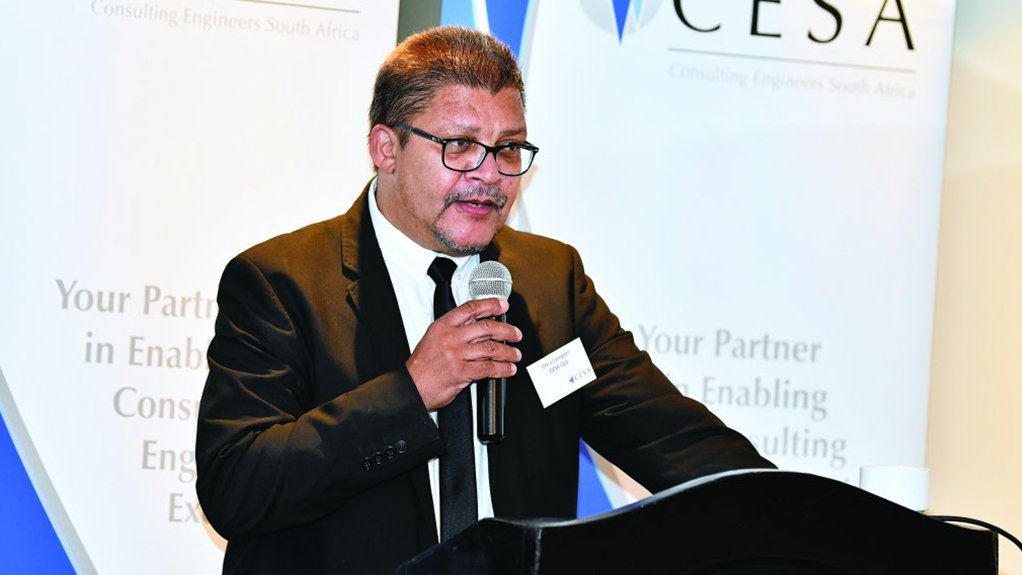 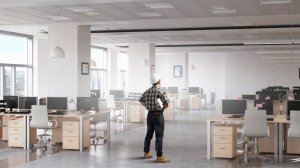 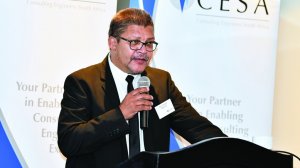 Photo by Adobe Stock Image
TRYING TIMES The core challenges facing consulting engineers still remain, with companies that have been struggling previously now hanging by a thread as the after-effects of the pandemic exacerbate the situation
Photo by Creamer Media's Donna Slater
CHRIS CAMPBELL It remains necessary for the industry to pool resources to deal with the challenges it faces sustainably

The pandemic and measures to contain it have led to the loss of millions of jobs across almost every sector and shattered any certainty about the future.

By mid-April 2020, the Covid-19 pandemic was on track to cause the deepest decline in the global gross domestic product (GDP) since the 1930s Great Depression and surpass the global financial crisis a decade ago, with tentative forecasts of global economic shrinkage of 3%, a greater impact than the less than 0.1% contraction in 2009.

The situation in South Africa is no better, despite a staggered reopening of the economy during May and June after a five-week hard lockdown.

On March 27, South Africa entered a strict three-week lockdown, extended for another two weeks, with a subsequent downgrade to ‘Level 4’, which resulted in the easing of some restrictions on industry.

Nationally, companies scrambled to equip workers to operate remotely in efforts to ensure business continuity. Many operations were shuttered for good.

On June 1, South Africa embarked on a level-based phased reopening of its economy under Level 3, which led to the bulk of the national workforce returning to work and the resumption of full operations in many cases.

The swift action aimed at implementing strategies to mitigate the effects of the virus, however, is expected to take an unprecedented toll on South Africa’s economy.

In the consulting engineering sector, most firms seemed to be equipped to mitigate the rapid shift to ‘a new normal’ in a short space of time, successfully adopting or enhancing already-in-place digital strategies to allow a work-from-home arrangement.

Many firms managed to keep their workforces mostly functional, learning news ways of adapting, despite a reduction in workloads resulting from closures necessitated by lockdown regulations.

However, the sector has not managed to avoid the brunt of the deep recession that Covid-19 has left in its wake, particularly as many consulting engineering firms had already been struggling over the past few years.

“This has certainly come at a bad time for the South African economy, which is already flirting with a full-blown year-on-year recession and [sovereign] downgrades,” Consulting Engineers South Africa (CESA) says.

The core challenges still remain, with companies that have been struggling previously now hanging by a thread as the after-effects of the pandemic exacerbate the challenges, says CESA CEO Chris Campbell.

“The Covid-19 pandemic is an unfortunate current anomaly, but there are a plethora of other challenges that impact our industry.”

As recent as March, a few days after South Africa recorded its first Covid-19 case, Public Works and Infrastructure Minister Patricia de Lille told the consulting engineering community that the country was “in a bad space”.

The most recent CESA ‘Bi-Annual Economic and Capacity Survey’ (BECS) shows that 2019 was the worst year for the economy since the financial crisis.

It was also the worst year for construction, with output in that industry contracting by 3.3% in 2019, marking the third consecutive year of decline.

Since 2015, companies have been in “survival mode” and have progressively been in the process of rightsizing, Campbell points out.

Employment decreased by an average of 6% in the second half of 2019 to an estimated 19 843, compared with the first half of the year. This followed a 2% decrease reported in the previous survey.

Further, the outlook for the next 6 to 12 months does not show any real improvement, particularly in the larger firms, with the situation worsened by the outbreak of Covid-19, the impact of the national containment measures and the release of the 2020/21 Budget showing a cut in public-sector infrastructure spend over the medium term.

Gross fixed-capital formation declined for the fourth consecutive year in 2019, with investment in construction contracting 3.5%, off the back of a 1.4% decline in 2018.

The slowdown in government and private- sector spending has led to a decline in the building of infrastructure as well as housing and commercial buildings.

The survey previously showed that earnings were expected to fall by about 6% in the first six months of 2020, but this outlook is now predicted to be significantly worse as a result of lockdown measures.

“Before the Covid-19 pandemic struck, the private sector had been in discussions with government around infrastructure investment, and all the issues were being discussed around how we debottleneck the issues and align the regulatory framework and various permitting systems so that we speed up processes,” Campbell says.

Government’s plan was to review a blended finance model for infrastructure development, with a summit, the Sustainable Infrastructure Development Symposium, planned initially for May, but now postponed to June 23.

“I do believe the process will get back on track, and it is part of the R1-trillion stimulus package, with money that already exists in the private sector.”

The Construction Covid-19 Rapid Response Task Team (CC19RRTT), of which CESA is one of the more than thirty organisations making up the team, has called for a fundamental change in how government and the public engage on fixed-capital investment in the medium term.

Meanwhile, Campbell points out that, beyond investment, other severe impacts on the sector include failure by municipalities to spend allocated budgets and the adjustment of the South African National Roads Agency’s budget to offset the financial implications of the nonpayment of e-tolls, as well as procurement and payment challenges in the public and private sectors respectively.

Regulatory issues, including those related to the procurement of consulting engineering services, also remain one of the biggest challenges faced by the industry.

“Procurement [of consulting engineering services] is currently based on price and broad-based black economic empowerment points, with functionality or quality having a minimum threshold, thus being largely price driven,” the BECS report notes.

Unrealistic tendering fees remain a concern for CESA members, while the extended time it takes to finalise the award of such proposals, coupled with the cost of preparing bids, is affecting the sustainability of the industry.

A further challenge for the industry is the lack of standardised procurement procedures applied by different government departments.

Late payments continue to be a serious constraint, with many stakeholders struggling to meet their financial obligations.

Consulting engineers’ expectations around profitability have become increasingly negative, as the sector concedes to the reality of a lacklustre overall environment.

The survey was undertaken before the virus even hit South Africa’s shores.

“Confidence, and many of the other subjective responses from the respondents, would have been adversely affected if the survey was conducted a month later, and the true implications of the outbreak will only be seen in the June 2020 survey,” notes Campbell.

While the industry remains under threat, there are constructive discussions under way between the public and private sectors, says Campbell, noting that particular focus points are the stimulus package and initiating infrastructure projects as a mechanism for economic growth.

However, while not much has been implemented to actualise the projects, much is being done on the conceptual and planning side, leading to cautious optimism.

“We are a government of announcements. We need to start implementing those announcements; the patience of our people is running out,” she said, adding that there was a need to “hurry up” and promising to give infrastructure the “attention it deserves”.

CESA president Sugen Pillay noted at the time that the country was undergoing significant changes, with a renewed focus on the start of planning for the future.

“There is a renewed sense of hope and optimism in the country,” he told delegates at the Infrastructure Indaba.

“We are especially excited about the level of engagement with very senior levels of government. We are seeing a renewed willingness from government to interact with the private sector, and a realisation on both sides that we cannot do this alone.”

De Lille acknowledged the importance of the in-development Infrastructure and Public Works Bill to improve the efficiency of infrastructure delivery.

“This important piece of legislation has been ignored. I will work with the unit to develop regulations for preplanning, approvals, implementation, operations and maintenance.”

Campbell explains that it remains necessary for the industry to pool resources to deal with the challenges it faces sustainably, assuring that the private sector remains committed to collaboration.

“We need to tick all the boxes around certainty,” he points out, noting that South Africa is unlikely to attract immediate foreign investment, owing to the recent downgrades.

“Now, more than ever, local confidence and partnership between government and the private sector need to take root.

“We would like to see the industry at least start trotting instead of marching in one spot, as has been the case,” Campbell comments.

Following the Covid-19 pandemic, the South African construction sector will be one of the building blocks upon which economic recovery and job creation can be achieved, the CC19RRTT says.

Covid-19 should not be allowed to further destroy the development and construction sector.

“Hence, the industry . . . is committed to working with government towards ensuring that a return to work will achieve the envisioned economic growth and not play a role in reversing the substantial gains that the country has made in controlling and managing the spread of the deadly virus.”