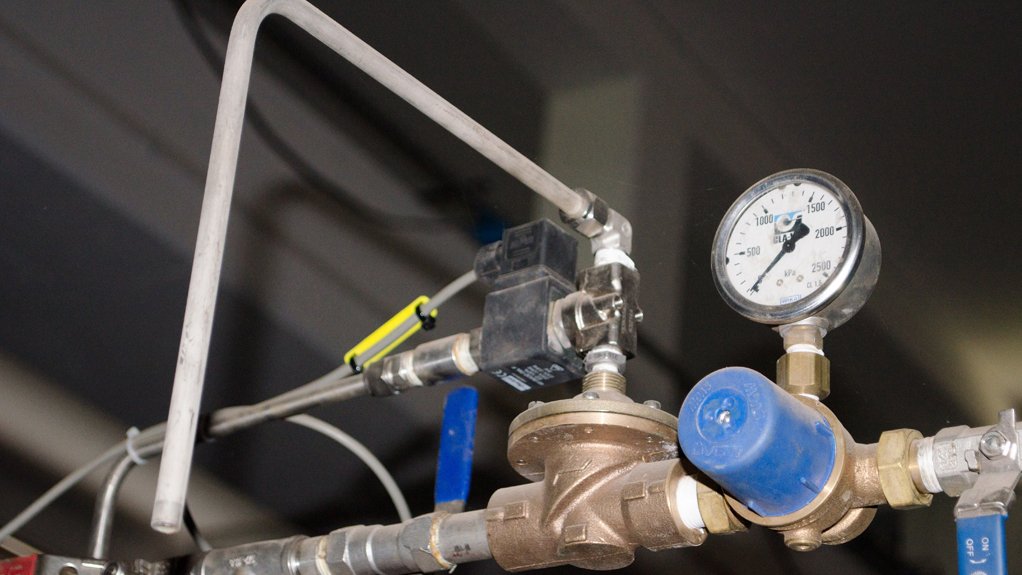 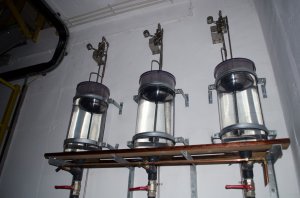 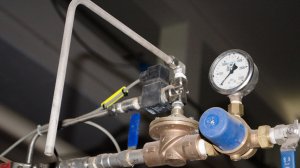 Engineers are continuously searching for more creative ways to design and complete infrastructure and other projects, says international engineering and project management consultancy Royal HaskoningDHV, which has, in a joint venture with Knight Piésold and Naidu Consulting, completed the Ashley drive break pressure tank (BPT), in KwaZulu-Natal.

Royal HaskoningDHV design engineer Darren van Rooyen explains that the varying flow and pressure conditions at the BPT required innovation in the design and overall construction of the system.

The Ashley drive BPT has been designed for a through-flow capacity of 400 Mℓ/d in the year 2035. It limits water pressures in the Western Aqueduct pipeline which is supplied from the Umlaas road reservoir at its highest point between Pietermaritzburg and Durban. The pressure in the Western Aqueduct has to be ‘broken’ at various points so that the potentially destructive energy in the pipeline can be safely and economically controlled.

Van Rooyen explains that, under normal steady-state conditions, the Aqueduct works like a well-behaved lazy river. However, when there is any change, such as an increase or a decrease in water demand, the inlet to the BPT must react. If the reaction is too fast or too slow, potentially catastrophic overpressure in the upstream pipe or overflow from the BPT may occur.

He points out that there has previously been theft of strategic installations, which has had a major effect on service delivery, and there was a specific requirement for an automatic, hydraulically controlled backup solution in the event of a power outage.

Sleeve valves were selected for the inlet control because of their noncavitating characteristics under high-flow and high-pressure conditions. Float controlled automatic globe valves were provided as backup to close sequentially in a power outage or fault condition when the water starts to approach the overflow level. Even before the globe valves start to close, an alarm will be sent to the water department’s control room and maintenance staff dispatched to attend to the fault condition.

Construction of the Ashley drive BPT started in January 2014 and was completed in November 2015. Van Rooyen explains that local contractors and labour were used as much as possible in the construction of the BPT and the environmental impact of the project was monitored against a comprehensive environmental management plan to keep the impact to a minimum.

Royal HaskoningDHV has also recently completed the Richmond pumpstation (RPS), in KwaZulu-Natal. This pumpstation, which forms part of the new water supply to Richmond, includes two 1 750 kW pumps driven by vari- able frequency drives to transport water up the hill to a new balancing reservoir before gravitating to Richmond.

Owing to the varying demands on the system, the pressure at the pumpstation can vary by up to 60 m and pump speed is con- trolled by a complex operating philosophy programmed to protect the pumps from cavitation and the pipeline from transient pressures while maintaining the design flow.

Royal HaskoningDHV has a full spectrum of multidisciplinary engineers working on projects such as the Ashley BPT and the RPS, who are looking for new techniques and innovative ways to decrease the time and cost of creating new infrastructure.

In 2010 Royal HaskoningDHV completed the Blackburn pedestrian bridge over the N2 highway in Durban. The bridge is 177.5 m long and it is one of the longest cable stayed pedestrian bridges in Africa. It was as commissioned by South African National Roads Agency Limited to decrease the amount of accidents that was happening in the area owing to pedestrians trying to cross the highway.

The bridge was built using materials that will last more than 100 years, it was built to international standards and the standards set out by the code of practice of highway bridges in South Africa. It has a light emitting diode (LED) system that will last for 20 000 hours before the LED’s can be replaced.

The Ingula pumped storage scheme which is located on the border of KwaZulu-Natal and the Free State is part of the projects that it is currently involved in. The scheme will use water from two different locations to create a reservoir large enough to generate more than 1 332 MW of electricity.

Royal HaskoningDHV has been working with consulting company Braamhoek Consultants on the designs, layouts and construction of the scheme. Construction started in 2005 and the last generator will be installed in 2017. The total cost of the scheme is R25-billion and has the largest cavern in the world for water storage, measuring 200 000 m³.