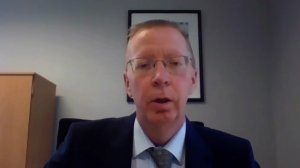 Under South African carbon tax regulations, companies are able to use carbon credits either from their own registered projects or from third parties to offset a portion of their carbon tax liability.

This creates opportunities to develop carbon projects, as well as prospects on both the buying and selling side - helping South Africa to manage environmental impact, says consultancy Cova Advisory.

The carbon tax was introduced in June 2019, with the next carbon tax payment is due in July this year.

Initially, the financial burden on firms has not been back-breaking as it is being phased in, though many companies have been daunted by the additional, mandatory administrative and monitoring requirements, states Cova.

Cova director Duane Newman shared during a March 16 webinar to discuss the carbon offset process that the carbon pricing trading market in 2019 was valued at $45-million, with 2 500 registered credit projects so far recorded in the world.

Newman said countries and companies were increasingly committing to targets such as net zero emissions by 2050 and the like, with one mechanism of ensuring that target can be reached being carbon pricing.

He questioned how countries and companies in a post-Covid-19 world can use this carbon pricing mechanism to stimulate growth.

But first, Cova manager Zelda Burchell explained what is meant by carbon offset and carbon credits.

“Under normal business-as-usual scenarios, companies will have emissions. In some cases, it is difficult for them to change processes to reduce emissions. To compensate, they may need to do an emission reduction project elsewhere such as buying carbon credits or invest in a project that reduces emissions.

“The universal unit of measure for carbon credit projects is carbon dioxide equivalent (CO2-e). For every 1 t of  CO2-e, this equates to one carbon credit. If you are able to register an emission reduction project, then you can use these credits to meet your compliance obligations, or for voluntary purposes where you want to improve your business profile.

“In South Africa, under its carbon tax, companies can benefit from the carbon offset allowance,” she noted.

However, Burchell pointed out that not all carbon credits are the same and different credits are generated from different projects. South Africa has an administration system where credits are listed and can be traded. This registry was launched on July 23 last year.

“Because the tax is still new, companies do not have a formalised approach to go and buy carbon credit. Many companies require legal reviews first, to get that achieved.

“Companies have to be proactive and ensure they know what credits they want to buy, while making sure their timelines are on track to meet legal requirements early on. To this effect, companies can maximise their benefit from the carbon offset allowance,” Burchell continued.

Non-eligible projects include projects outside of South Africa, projects within the carbon taxable activity boundary and nuclear and industrial gas projects.

The types of credits used in the South African carbon tax system are either Clean Development Mechanism, Verra’s Verified Carbon Standard or Gold Standard verified, which all have different costs.

To help reduce the costs for developers to have projects verified, the National Treasury and the Department of Mineral Resources and Energy (DMRE) are developing local standards as an alternative to global standards.

The draft framework has gone through a public consultation process and is still in a process of fine-tuning with the DMRE.

Trading house and project developer WeAct South Africa country manager Jenine de Wet remarked that, although the next round of carbon tax payment is due on July 28, it does not leave much room for assessing a company’s emissions base and planning its carbon credit strategy.

She suggested that companies first choose a methodology and what type of project they want to pursue for carbon offsetting. The described project will then be validated through bodies such as Verra. A consultancy such as Cova can then facilitate the issue of carbon units and sell credits to liable entities.

De Wet highlighted that carbon tax liable companies often believe they can undertake these offset projects themselves; however, she warned that it is a specialist field that would be best served by external experts to maximise the benefits.

WeAct carbon trading head Lloyd Vas said that, as of March 16, there were 5.4-million offsets listed in the carbon offset administration system of South Africa, of which three-million had been retired in October 2020. That leaves 2.4-million offsets available at the moment.

He stated that most carbon credit registered projects in South Africa have been noted in nitrous oxide destruction – such as in explosives manufacturing, industrial process efficiency, landfill gas to energy and biomass projects.

Vas said the carbon tax system was off to a good start, but that the market has been kept afloat by historical volumes of carbon credits having been generated by projects over the last decade and new projects would be needed to supply the market on an ongoing basis.

It is important to note that only 10% of carbon tax liability can be subject for offsets and there is also a cap on the amount of credit that a business can buy.

For companies interested in developing carbon offset projects, the cost will vary according to the methodology chosen for the project, as well as the scale.