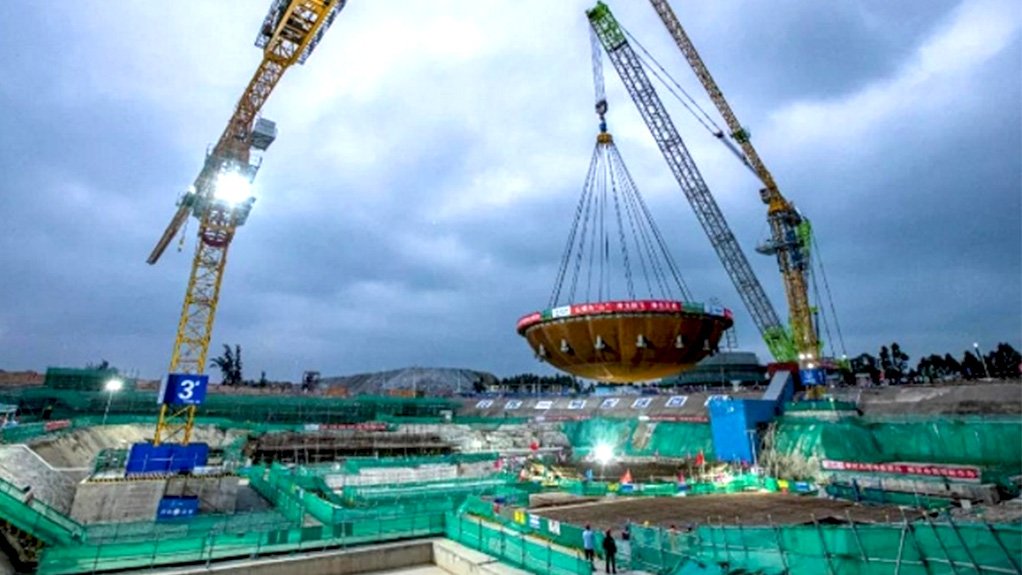 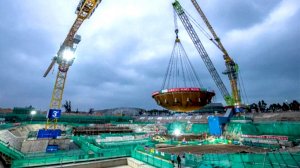 A major structural component for China’s ACP100 demonstration small modular nuclear reactor (SMR) has been installed at the Changjiang nuclear power plant (NPP), on the Chinese island province of Hainan, World Nuclear News has reported. The component is a steel containment vessel bottom head, which is shaped like a giant bowl and forms, as its name says, the bottom element of the reactor containment vessel.

The bottom head was installed on the SMR NPP’s concrete foundation plate. The internal components of a reactor vessel are supported by the bottom head or by the containment vessel’s cylindrical side wall. The side wall is itself also mounted on the bottom head. The vessel is completed by a top head, shaped pretty much like an inverted bowl, and usually removable (to facilitate refuelling).

The ACP100 is a multipurpose pressurised water reactor (PWR), which will have a power output of 125 MWe. It is designed to generate electricity, provide process heat, produce steam, or desalinate water. When operational, it will reportedly produce 1-billion kWh of electricity a year, which would supply the needs of 526 000 households.

The SMR is also known as Linglong 1. The project has been under development since 2010, with the preliminary design being completed in 2014. The ACP100 became, in 2016, the first SMR to pass the International Atomic Energy Agency’s safety review. That same year, the project was approved by the Chinese government as part of its thirteenth Five-Year Plan. The preliminary safety analysis report for the single demonstration unit at Changjiang was approved in April last year. Construction started on July 13 this year. Total construction time is scheduled to be 58 months.

The containment vessel bottom head was assembled on site from 50 prefabricated steel plates. It was then hoisted into place by a crane, on Sunday. The Chinese believe that the ACP100 will be the first land-based commercial SMR in the world. (All Russian commercial SMRs so far commissioned are on floating NPPs.) The Changjiang site already hosts two operating CNP600 PWRs and the construction of the first of two Hualong One 1 000 MWe PWR units at the same site started in March.