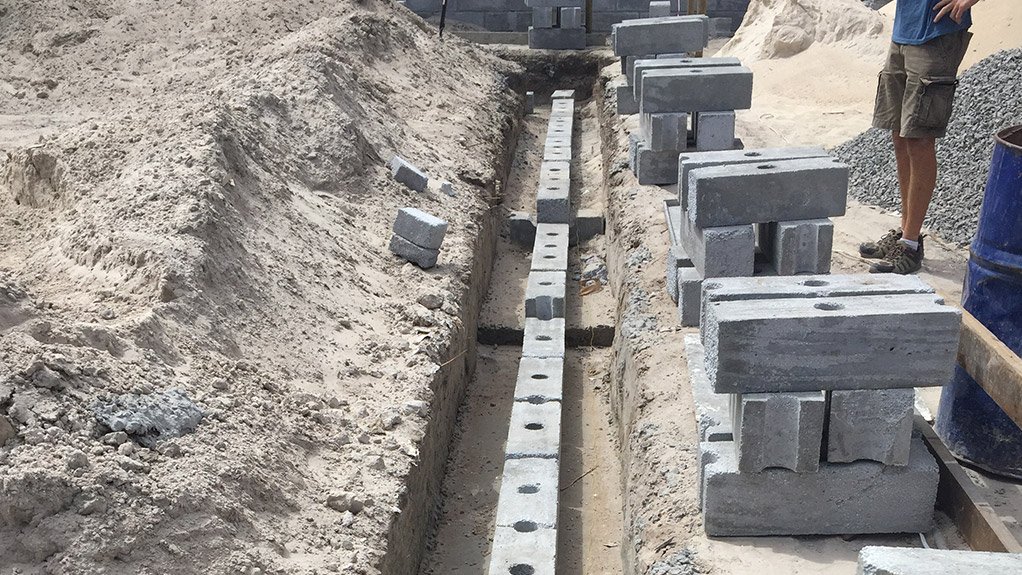 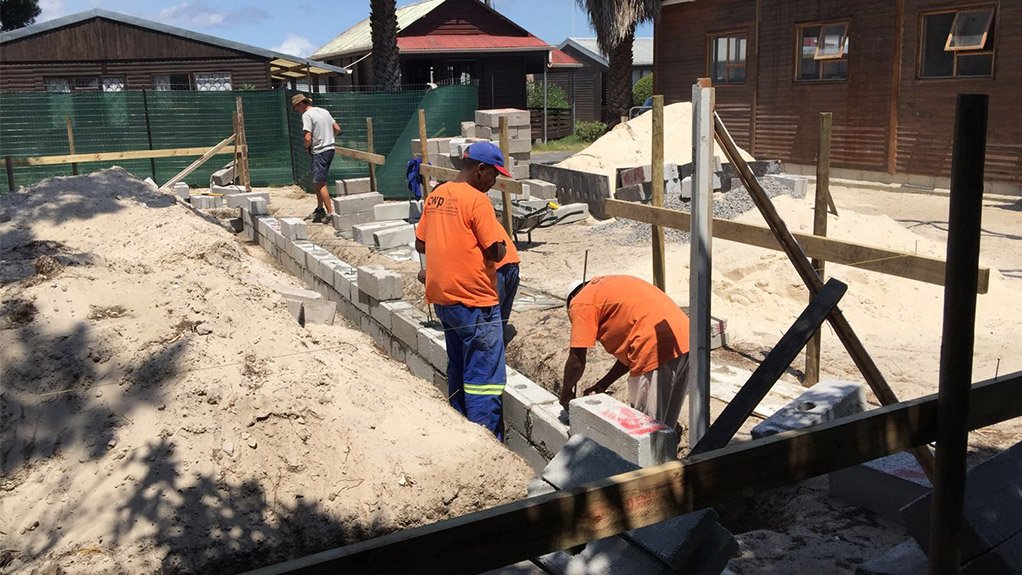 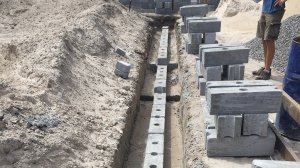 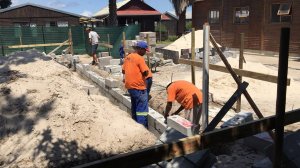 INNOVATIVE ADDITIVE Blockwork is laid about 20% to 30% faster than conventional, traditional systems
CONSTRUCTION MATERIAL The technique of mixing cement with polystyrene and an additive is widely used in Scandinavia and northern Europe

“The technique of mixing cement with polystyrene and an additive is widely used in Scandinavia and Northern Europe. The technique involves adding the correct mixture and proportions of cement, polystyrene and Selcrete additive together for the achievement of a low-density (kilogram per cubic metre), lightweight expanded polystyrene concrete mix,” Horwood explains.

According to Horwood, Selcrete can be marketed for either block or panel construction, both of which he notes have several advantages over traditional construction.

“It is lightweight, which makes all top structure components lighter, thus allowing for lighter foundations. Also, it is primarily manufactured on site, which eliminates expensive and carbon unfriendly manufacturing and trucking components. Because of its weight, the construction process is 10 to 50 times quicker than traditional systems and can also be [done] by women.”

The Selcrete additive was used in Hjott SA’s pilot project, which involved the revamp of Noluthando Day Care Centre, in Khayelitsha, Cape Town, which was completed and officially opened on September 1.

He says one of the problems at the centre – which cares for over 265 children – is that its timber structures did not offer adequate protection against the summer heat, cold winters, and fires.

Phase 1 of the project involved a total construction area of 360 m², which included the building of a small utility hall, an administration block and a starter kindergarten classroom using the Selcrete product, blocks made of cement, expanded polystyrene beads, water and a binding agent.

“By using the Selcrete building system, there have been two main improvements at the centre. Firstly, the centre now has superior insulation of three to four times that of traditional materials and, secondly, it has better protection against fires to which the densely populated township is prone,” he adds.

Further, Horwood says that three phases totalling about 1 450 m² and 12 new structures are expected to be completed in “due course”, subject to philanthropic overseas funding.

“Selcrete is inspired by techniques used in Norway, a country where the weather conditions are more extreme than South Africa’s. Having worked well in Norway guarantees us that it will work well in South Africa as well,” Horwood assures.

Selcrete insulates buildings up to two or three times more comprehensively, compared with structures made of brick and mortar, Horwood says, explaining that Selcrete is suitable for South Africa’s cold weather, wet winters and hot summers.

He says Selcrete is ideal for the South African market, as projects can be completed much faster, in just over half the time than conventional homes, which translates into a 25% cost reduction.

Horwood says Hjott SA is negotiating a number of commercial and residential projects in Gauteng, KwaZulu-Natal and the Western Cape.

“Negotiations are proceeding and are currently in progress. We expect to conclude the first of these within the next few weeks,” he adds.

Hjott SA also began the construction of an ‘upmarket’ residential project in Knysna last month. “About 15% of manufacturing and 10% of construction are complete,” he says.

The company has also started with work on a social responsibility rebuild in Khayalethu, a township near Knysna.

In December last year, after a four-year development phase, Selcrete received the stamp of approval from Agrément SA, which is tasked with the assessment and certification of innovative construction products, systems, materials, components and processes, as opposed to the more traditional South African Bureau of Standards route.