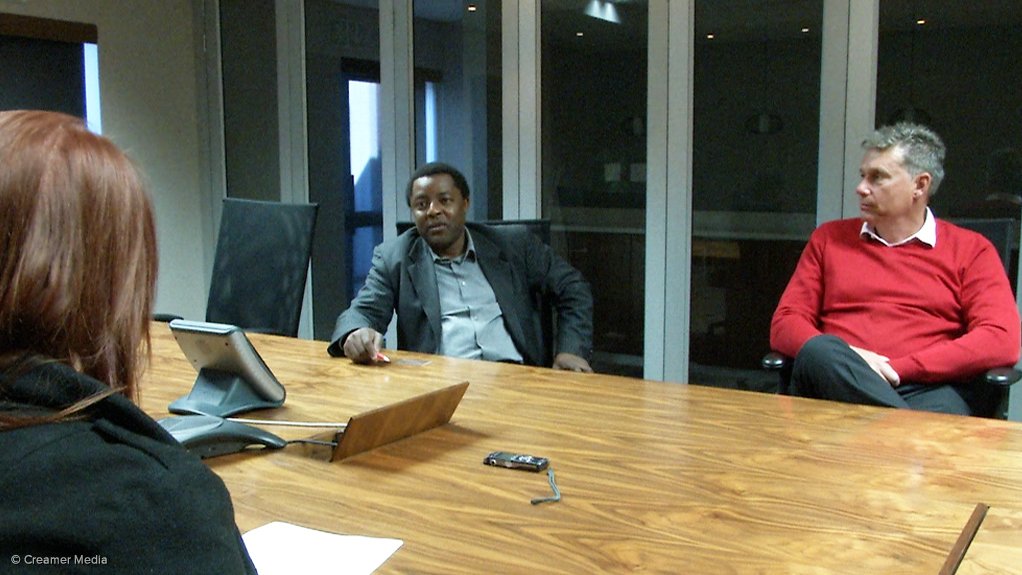 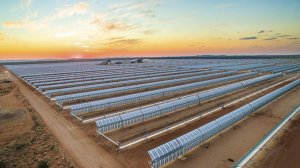 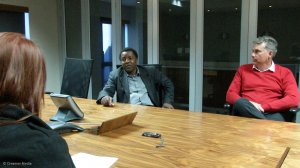 Together with O&M services provider Nomac, IIAH is responsible for the O&M of Bokpoort CSP, near Groblershoop, in the Northern Cape, which started commercial operation in April. Reeder says the plant can store energy produced for up to nine hours using a molten salt process.

The oil in the CSP collector units is heated to 300 °C and used to heat salt, which retains the heat. In turn, the salt can be used to heat water in a boiler through heat transfer, which then generates steam and electricity in the same way as a thermo-powered power station would.

The Bokpoort CSP was implemented as part of the second bid window of the REIPPPP. Reeder highlights that, in addition to adding capacity to the national grid, the project has facilitated significant economic and social development in the area where it is located.

“This is an element of REIPPPP projects that is not taken into account enough,” he says.

The Bokpoort CSP economic development programme has resulted in the upskilling of 55 employees at Bokpoort, as well as the stimulation of work opportunities in support services such as transport and catering. The company has also provided solar power for many households in the area and is implementing programmes to supply potable water to homes and upgrade facilities at the local school.

Reeder points out that the development programme is, moreover, being run on the basis of continued development, with the company having committed to rolling out upgrades and providing various services for the next 20 years.

IIAH director Mandla Sibanda further adds that, while the power builds at Medupi, in Limpopo, and Kusile, in Mpumalanga, are the dominant focus with regard to increasing South Africa’s power-generating capacity, independent power producer (IPP) projects are also critical to ensuring that the country has the infrastructure in place to support a stable energy supply.

“Using IPPs for power projects is a method that is increasingly being used in other countries, and the involvement of the private sector has been very beneficial, allowing government to focus on other areas such as social upliftment,” he says.

In light of this, he commends South Africa’s REIPPPP, which he notes is currently the biggest renewable-energy programme of its kind in the world. He says that it has become a model for what other African countries should consider doing, highlighting that the programme has attracted significant foreign investment.

He notes that power generation capacity remains an issue in South Africa and must continue to be augmented in preparation for future increases in demand. While a slow economy and decrease in power demand, particularly from the mining sector, have reduced the pressure for power station capacity in South Africa this year, rising minerals prices indicate that operations in the mining sector are likely to increase, subsequently, leading to increased power demand, he adds.

Reeder notes that the builds at Medupi and Kusile are gaining significant momentum with the commercialisation of Unit 6 at Medupi last year. In a joint venture with engineering company Siemens, IIAH is supplying all the analytical and laboratory equipment required for the chemistry system on site at Medupi. The company’s involvement on the project began in 2010 and was scheduled for completion in 2014. However, owing to delays in construction at the plant, Reeder predicts that the company’s involvement at Medupi will continue until 2018.

IIAH is also in financial closure with Nomac to provide O&M services at the Redstone Solar Thermal Power project, in Postmasburg, near Kimberley, in the Northern Cape. The project will involve the O&M of a 100 MW CSP tower, the construction of which is scheduled for completion in 2019. With 12 hours of full-load energy storage, the plant will be able to reliably supply more than 200 000 homes in South Africa during peak demand periods.

The company is also forming a partnership with an international company to bid for the O&M of the Pretoria West power station – a 180 MW coal-fired plant, in Gauteng.