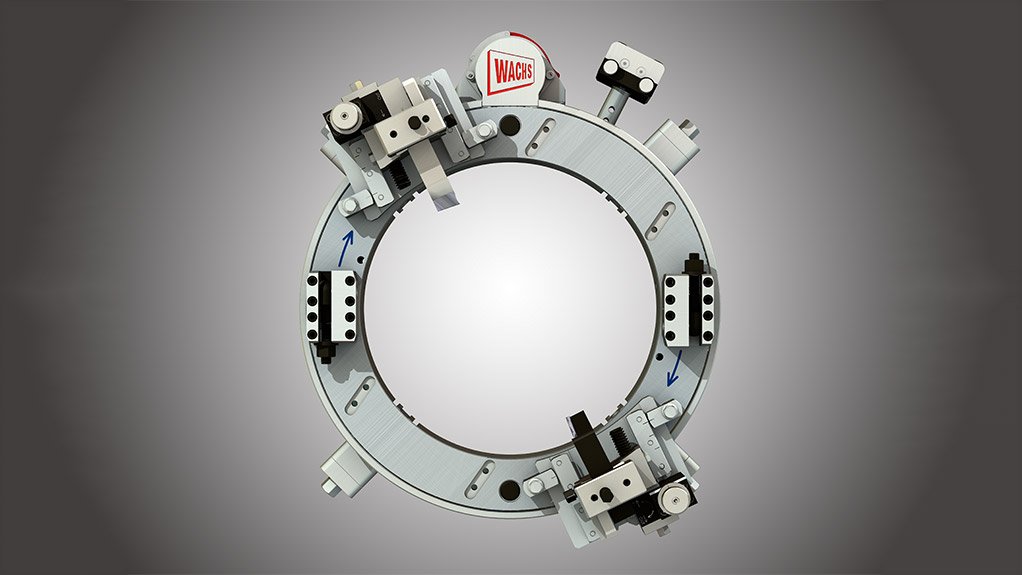 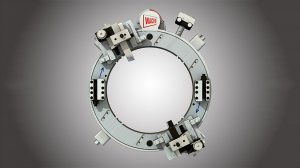 Portable pipe-cutting split frames and orbital welding tools complement each other in the steel pipe construction industry because the split frames are used to prepare pipes for the welding procedure, says industrial product supplier Actum Industrial.

Actum Industrial product manager Werner Smit says the cold cutting and welding equipment have been used in industries, such as petrochemicals and power generation plants, where flammable gases and materials are present in pipes that need extensions or repairs without dangerous explosion-causing sparks, arcs or melted metal.

He explains that the split frames are also being used for the cold cutting and bevelling of steel pipes in the pharmaceuticals, food and beverage and nuclear industries. After the steel pipes have been cut, bevelled and moved into position, the orbital welders from Orbitalum can be used to weld two sections of pipe together and achieve the highest quality of weld.

“Preferably, the Orbitalum range of welders should be used with the split frames from E.H. Wachs. Once a pipe has been cut and bevelled, it can then be orbital welded using the welders,” Smit says.

Orbitalum offers a closed as well as an open welding head solution – on the closed welding head, the welding point is in an enclosed housing – which prevents excessive sparks or arcs from causing damage. He further points out that steel pipes are sensitive to higher temperatures, which impacts on the molecular structure of pipes through thermal stress.

“The harsh conditions – such as high temperatures and arcs of electricity – that are normally associated with welding aren’t present due to the welding taking place inside a closed welding head, so repair work can be done inside a plant without anybody even noticing that welding is taking place.”

Different Sizes The portable split frames from E.H. Wachs are available in sizes that can cut and bevel pipes ranging from 0.5" up to 120" in size. The split frames are attached around the pipe using a clamp that guides the cutting tool around the pipe. However, larger pipes can be cut using a cutting solution called the Trav-L-Cutter, that runs on a specialised track that allows for any outer diameter pipe size to be cold cut. This offers big flexibility on cold cutting a large range of pipe sizes with one machine.

He points out that the track that the Trav-L-Cutter uses has to be specially ordered when a customer buys the system. The Trav-L-Cutter, however, is limited as to which wall thickness of pipe it can cut.

“On the standard equipment, the split frames can cut pipes of up to 100 mm in wall thickness, with the pipe wall thickness limited to 38 mm when the TravL-Cutter is used,” he says.

Smit explains that the pipes that Orbitalum orbital cutting and bevelling equipment can cut and bevel range from 0.5" to 20", with the pipe wall thickness limited to a maximum of 9 mm. Closed welding head systems operate on fusion welding and are limited to a maximum of 4" outer diameter and 3 mm wall thickness. However, open welding head systems can accommodate up to 10" pipe outer diameter. The open welding systems do have filler wire feed and different pipe wall thicknesses can be overcome by facing, bevelling and counter boring solutions, also offered by Orbitalum.

“If you add filler wire and use an open welding head, welding that is usually aimed for use in the fabrication industry, where you eliminate environmental factors like wind, the systems can weld pipes that have different wall thicknesses but rely on a J-bevel on the end of the pipe and not a standard 30º bevel, used for manual welding,” he explains.

Smit adds that, with the split frames, orbital welders and bevellers can be used on pipe materials such as mild steel, carbon steel and stainless steel, as well as exotic alloys, such as equinox, duplex and super duplex, which are all prevalent throughout the South African steel construction industry.